“In September 2018, the Rhizom e.V. culture club “rented” the former public education school in Bonn for one month to celebrate the clubs 10th anniversary. Two weeks later the rent got extended to three months. In December 2018 the 900 sqm, quality downtown location in front of the state courthouse became Bonns first autonomos sociocultural center. Till now.

During the exhibition “Jo Hempel – relicts of passion” 2019 the house got in first real contact with skateboarding, including some heavy wallride related sessions.

For me, being with the house since the first seconds as part of the organization structure, a skateboard ending was the only ending a building like that I could imagine.

No politics, no debates, just skateboarding.

Every idea needs the one person who feels it first and joins in bringing it to live, Timon. Mikkel brought the tools and had the construction expertise, Lukas mostly took care on the daily.

All the people who came helped and skated.

All the people who have been there making the Alte VHS the place to be in Bonn for 3 years.

Skate and create till the end! ” – Jo Hempel 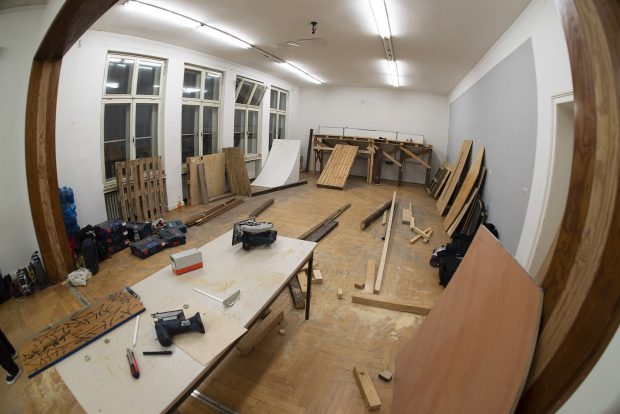 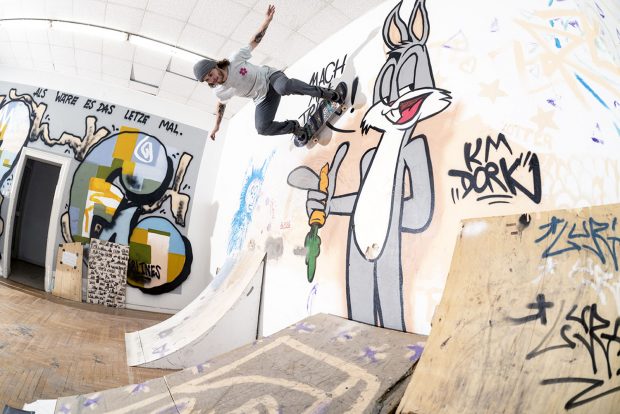 Lukas Magni. Kickflip in the bank from the platform

Jim Romer. Heelflip over the couch