The rumors on the streets were right!
The Warriors were working on a full length last year.

Some of you may have seen a short version of it during the Warriors Weekend at Lugano’s lakeside this past June. Now it’s time for the final cut!

The video is titled “ANCORA SENZA TEMPO” (“Still Timeless”) and it’s a tribute to “SENZA TEMPO” (“Timeless”), the second Warriors full-length video, released in 2002 and distributed through a small number (202) of VHS tapes.

Like VHS tapes, “SENZA TEMPO” takes us back to the late ‘90s and early ‘00s; a period in which the first generation of Warriors, inspired by John Cardiel and the Goonies, was touring and shooting its own skate videos.

Since then not much has changed, even though new connections were made, younger skaters got in and the crew got bigger and bigger, including friends from other Swiss cities as well as from different countries.

Yet, it is to the times of “SENZA TEMPO” that “ANCORA SENZA TEMPO” is dedicated. It is a tribute to the ethos of fun and friendship that the first generation of Warriors was able to convey to the ones that came next.

Of course, this would not have been possible without Julien Papen’s editing skills and creative vision; nor without the participation of all the Warriors.

The video features in fact tricks from the three generations of Warriors. Some of the veterans may remember Yari Copt, Sebastian Gandt and Tonino Riolo.
People in their 30’s may be familiar with Dennis Gallicchio, Livio Gritti, Igor Fardin, Federico Boldini and Kevin Blaser.
Younger guns like Lucio Stamerra, Gian Matteuzzi, Fabio De Almeida Santos, Niki Paltenghi and Fabio Emilcare are also part of the video, as well as overall legends like Martino Cattaneo and Schianta Lepori. 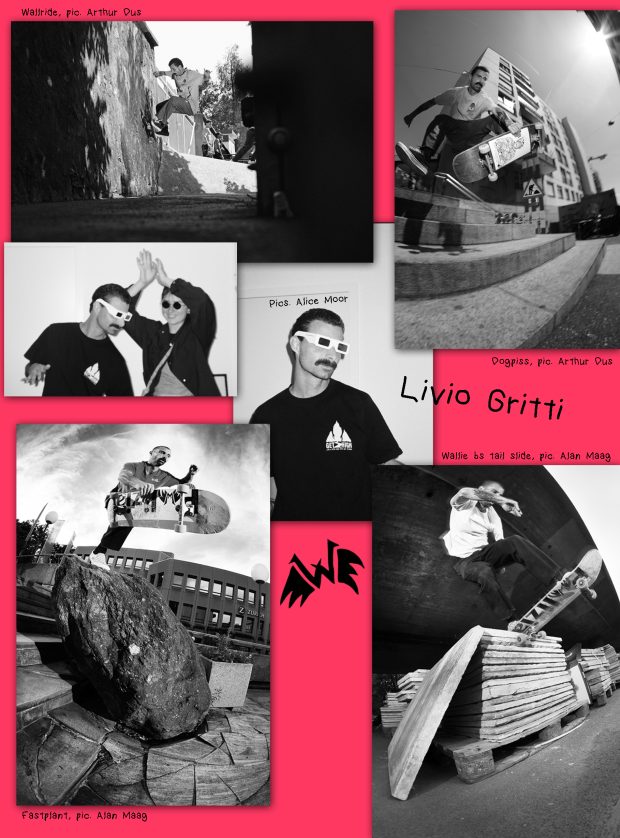 If you want to watch more of the Warriors videos, check here: vimeo.com/warriors

Or get in touch with them through Instagram: @warriors_the_family
Email address: hellowarriors@gmail.com

Remember, the session is what matters!

Greeting from the Warriors family.