Beginning of August 2014: I’m on vacation in the Basque Country and I have an appointment with Diego Doural in San Sebastian. The plan is to go to a diy mini ramp built in the middle of nature. I met Diego with his girlfriend Erika and we drove to the place which is almost on the border with France. When we got there I found this concrete beauty, built at the bottom of a small valley on the property of Aitor Perez aka Fliustas. The ramp was built by Enrique Barrio, Aitor Bengoetexea, Patata, Pablo Ribera, Alvar Gutierrez, Alex Irigoyen, Hector Heredia and Aitor Perez himself in 2012; and they did a very good job! (Check the video of the construction and the bottom of the page.)

The session started very slow because of the heat, so we decided to walk fifteen minutes downhill to reach the sea, fucking awesome place, with transparent water and natural cold water shower nearby. We chilled there for about an hour and then went back to the ramp. The sun was then acceptable and the session started, going on for about two hours. About ten people were skating on the ramp: among those, also two pretty talented girl, Erika and Maka. Diego and Hector killed the ramp, together with Aitor, Rubentxo and other locals.

After the sun went down, we went at Maka’s place for a bbq, which was the best thing you could do after a skate session. She runs a hostel with her three brothers, it’s called Capitan Tximista and it’s an ideal place to stay in the Basque Country! 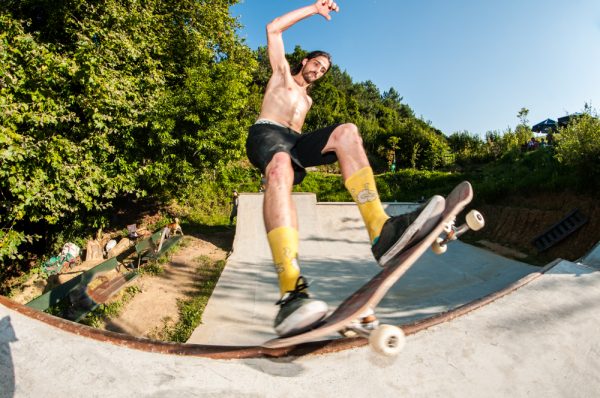 Fliustas, the owner of the ramp. 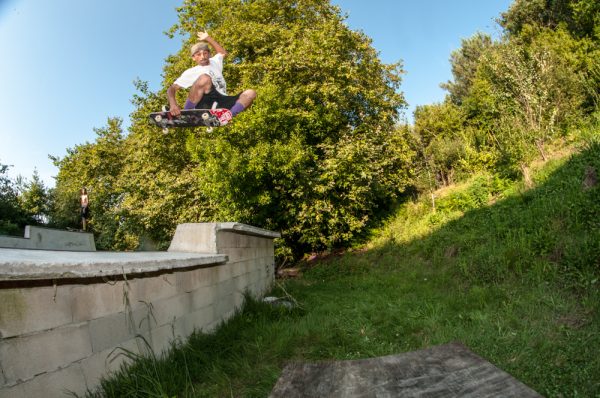 “All the skateboarders who want to skate the ramp are invited to a bbq, a sesh and maybe if the weather is good a swim! jajjaja!! MALASRAMPAS DIY FOREVERR!!!””