By researching and introducing glass as an aesthetic medium within the context of the vibrant skateboarding culture it is possible to emphasize the outcome of the interaction with the skateboarding environment. An experienced skateboarder, consciously or unconsciously knows and feels the material, its texture, and density, of his/her choice. Glass is rarely used by skateboarders, and the idea of purposely creating objects of glass for skateboarding is something new for everyone. It’s an adventure, entering the unknown, which is the best part of both forms of expression – glass art and skateboarding. 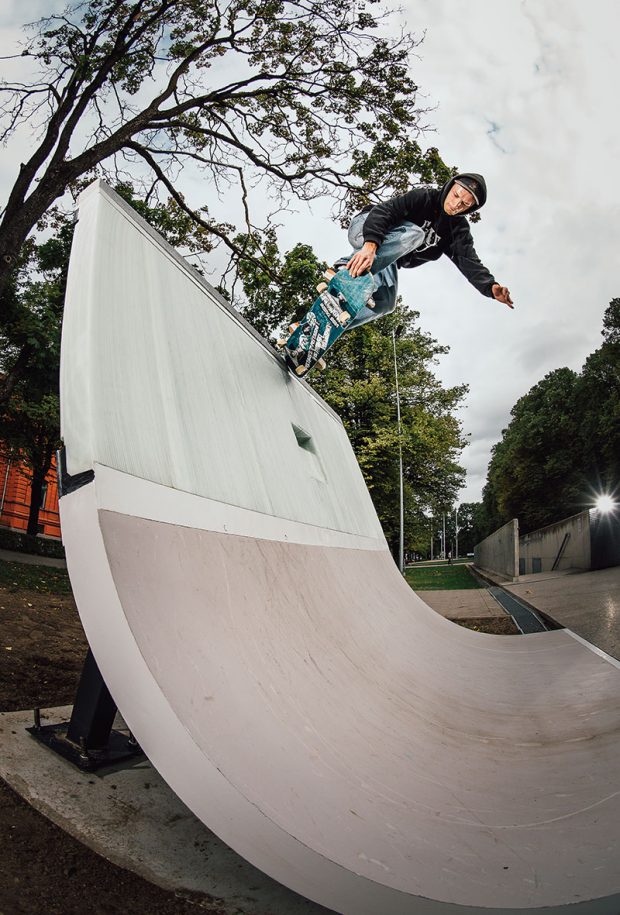 This current project has been mostly difficult due to the local bureaucracy, the intention was to deliver it in the beginning of summer 2019. Madars Apse, invited me to take my glass practice to the next level and install something bigger by the Latvian National Museum of Art. The place has become popular for skateboarders ever since the new renovation work in 2016. This added a new vast concrete flatground, which is a rare thing in Riga. The place was quite new, when a local skateboarder got into yellow press by cracking a glass floor that is really expensive. That’s how skateboarders got a bit hated by society, especially in this area. I was practicing the glass objects for skateboarding before and this was connecting well, the idea to make skateable glass obstacles that wouldn’t break. Giving the message, that if you make something properly, especially for the public use, it should hold any damage.

The quarter pipe is made from a metal frame that holds a concrete radius, a 92 cm high, 250 cm wide and 10cm thick recycled layered glass blocks and a 8cm thick granite coping. The most difficult part is the glass, because it consists of multiple 6mm thick layers of glass that get cast together in a glass kiln. Process for ~1 m2 is about 3 weeks, when the glass reaches it’s 900 degrees in the first days and then needs a slow drop of temperatures in weeks. This process gives you an impressive electricity bill as well. And I don’t call it a quarter pipe, because it isn’t, it’s a street spot, that gives challenge to perform anything on it. The bench is a bit simpler, it’s a concrete base that has glass windows and a 8 cm thick 54 cm wide and 300 cm long granite on top. It also has paths for transportation with a forklift. Both the granites are Kuru Grey from Finland. 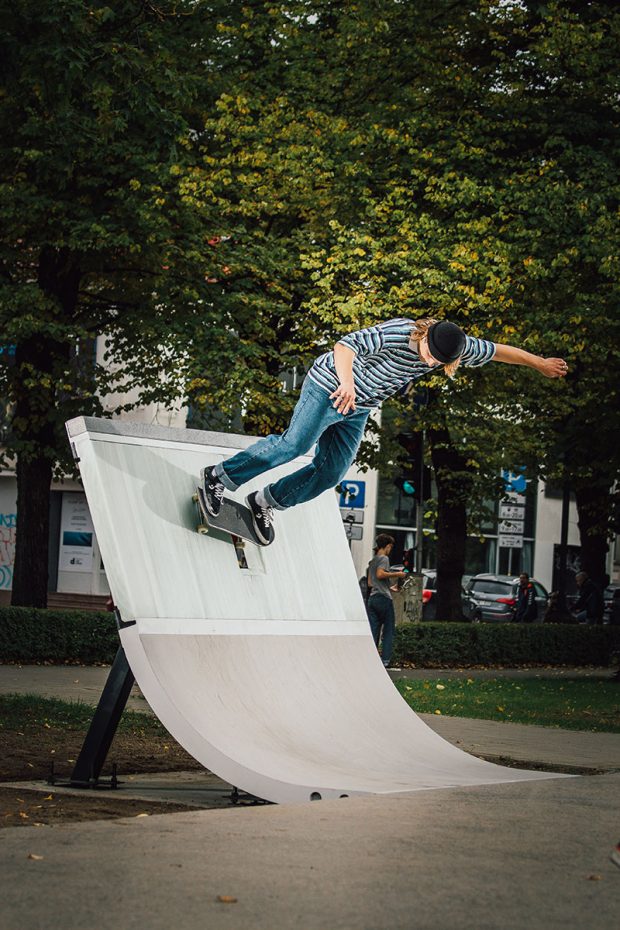 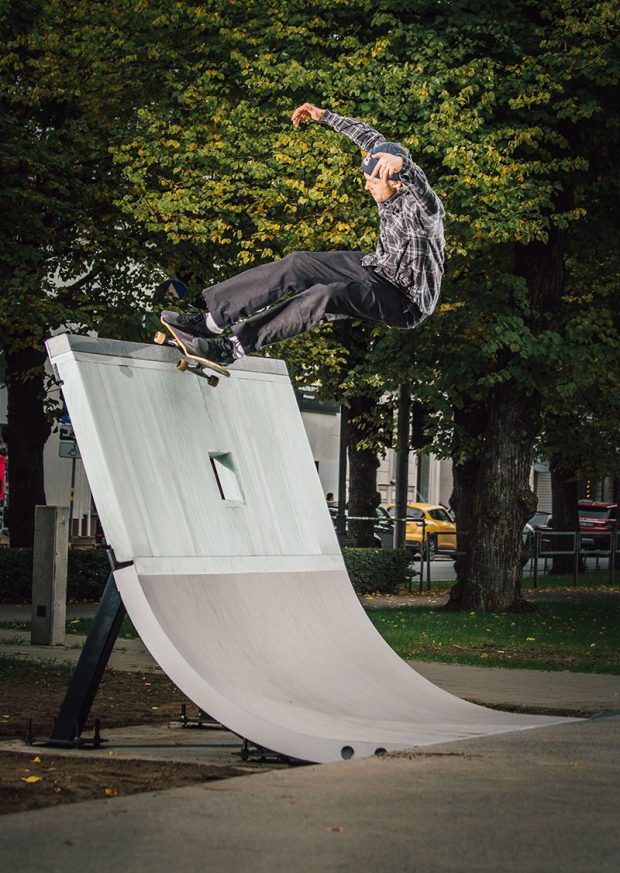 We Latvians are really happy to be able to skate granite, because it’s a rare find in our grounds, usually you can find it on some old and precious monuments that you can feel shity if you skate
them. Or you can find some newer cheaper solutions on modern architecture that break like tiles. That’s why we chose to put most of the funding in the materials, so it would feel great to skate and it would also look great to the freshly renovated museum. 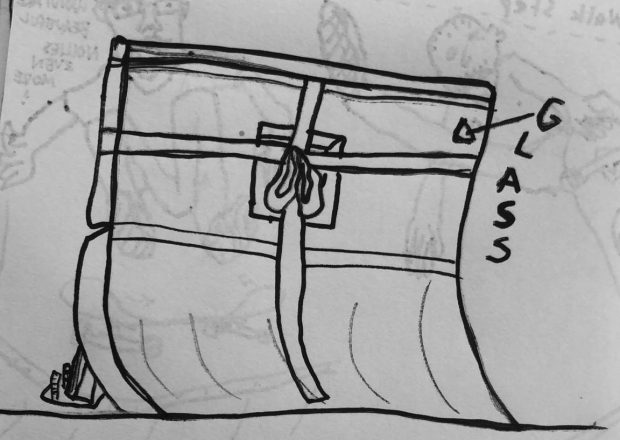