Sorry for the lack of updates lately, but the entire Confusion staff were over on the west coast of North America for all of March. While searching for a photo I took of Karma Tsocheff skating a ditch in San Francisco some years back, I stumbled upon this Flower Shop session from back in 2008. Yes, it’s old, but most of these photos were never published in print or the web, except the shot of Peabody shown below which was printed in black & white in one of the last issues of Concussion Magazine. So here you go, to tie you over until the video department starts up the editing machines and the photo department starts processing some images from the last few months. – J. Hay

Ben Raemers. Back when he used to skate for Consolidated, before he was all big time skating for Enjoi and Emerica. Front Blunt. 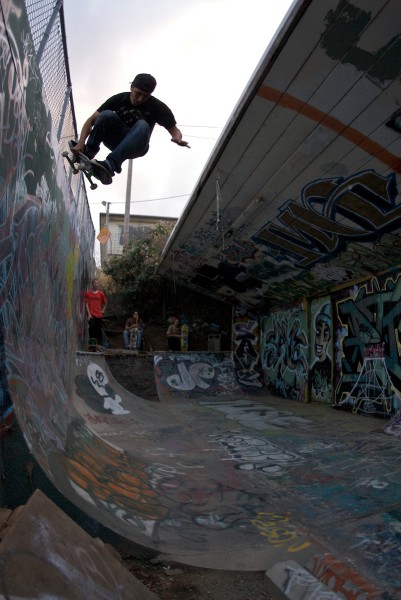