For those who don’t know, this bowl was built by the Concrete Dreams crew in a squat in Melle in an old swimming pool with the original pool cooping to make some proper noise!

We from Jean Jaques and Vans were honored to organize a bowl jam together during the final party at this unique location. We were blasting 90’s sing along songs through the speakers around the bowl who overwhelmed the punk rock and metal bands who were playing in the same room. So people were dancing in this 90’s vibe around the skateboarding madness that was going on in the bowl whilst other people were crowd surfing five meters further – what a mix!

It was a magical evening, listed as legendary for those who were lucky enough to be there. Thanks a lot to everybody from the squat to make this happen. Massive respect for you all!

Pieter de Clus. Lien to disaster faster then a Cheetah 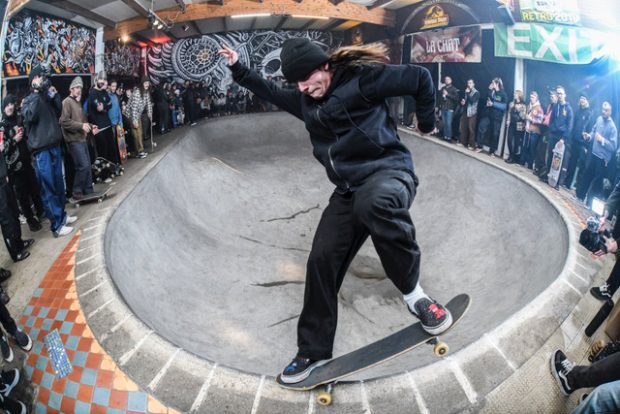 Nick Bax. Frontside feeble at ease through the corner

Fabian Daucher blasting this stalefish over the ladder

Bad Brains with some good brains for getting this nosebonk done 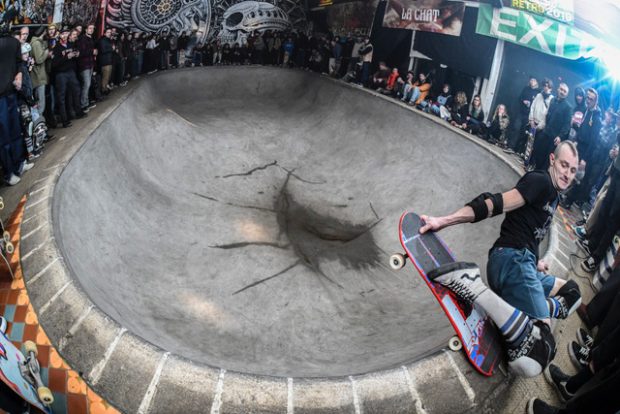