The fine folks at Turkey Neck posted a sweet edit of their creation under the 880 and it straight lit a match under my ass to finally compile my photos and clips from the time we spent on Madison. I encourage you to check out Turkey Neck’s edit, they portray a look from the builder’s view as we just represent a warmup view during our battle at that infamous Berkeley rail dubbed the “Roller Coaster“. Much thanks to those guys for building this spot as it served as the perfect warm-up during our covid missions to watch Jesse tackle that infamous NBD on the Berkeley beast. The underpass quickly became the spot to assemble the crew, get some ripping done, and determine if it was time to head to that fucking monster of a rail that kept us all up at night. Also believe it or not, even though we were in the thick of the pandemic this spot was safer than most – even with the assorted used needles, used sex toys, and crack heads hanging about… definitely a safe haven during a sketchy ass year.”  – Bruce Rodella / @4wbs 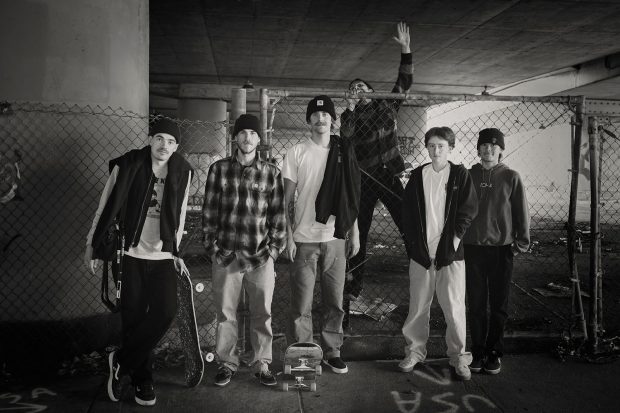 The Homeys. While none of these suckers poured a drop of crete they all ripped the shit out of this place…… Thanks for the good times dudes and a huge thanks again to the crew that built this gem. 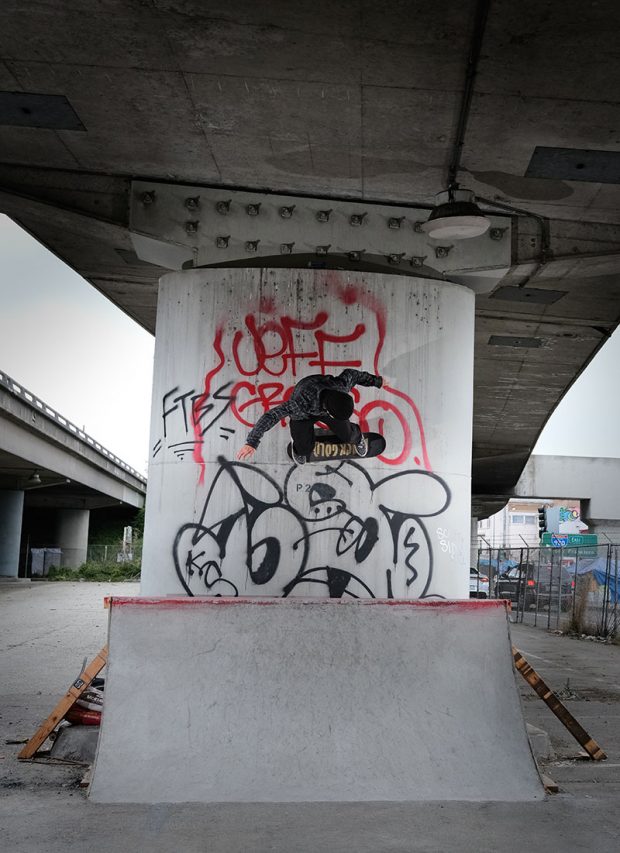 Jesse Boudreau. Wall Ride. Look Ma’ No Hands. Pre no shitting graffiti can’t stop Jesse from a sweet Let Me Ride…… while others choose to grab the Wicklow Wizard gets in there unassisted. Pure radness! 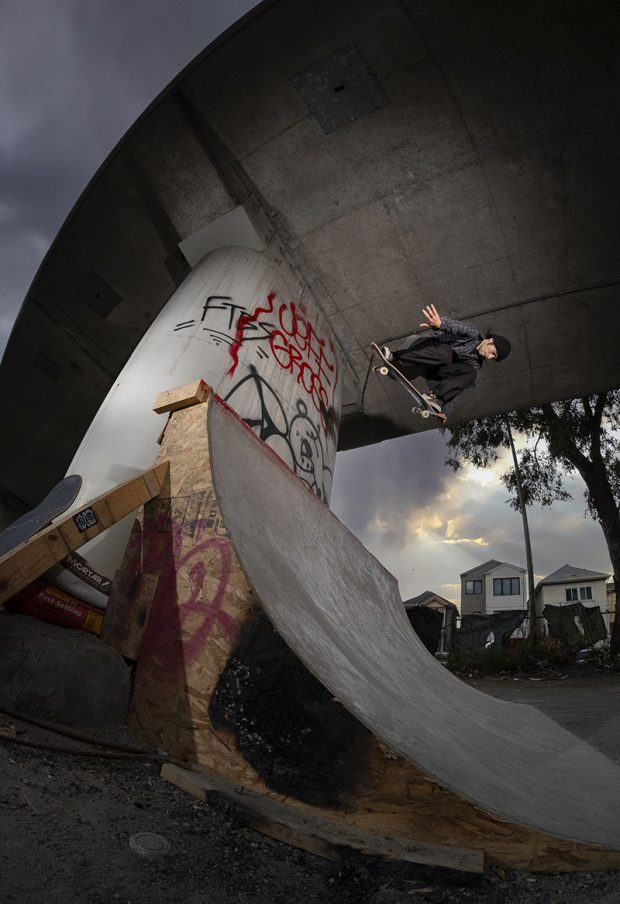 Jesse Boudreau. Backside ollie boo ya’ blaster. Got a good angle? Jesse is always down to fill your viewfinder with radness!

Nick Zacharias. Backside feeble grind. If you’re going to do it, you may as well do the whole damn thing! 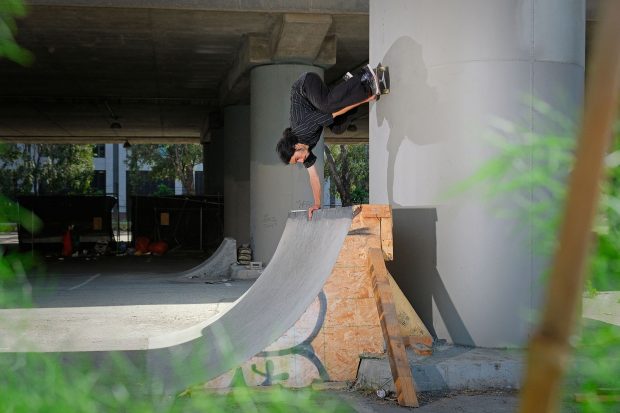 Jesse Boudreau. Even with the fear of catching a communicable disease The Wicklow Wizard wasted no time placing his hand in the dirt to catch this handplant revert

Rusty. Hurricane. Favorite obstacle under the freeway? The quarter was leading the race until this beauty of a spine made its debut towards the inevitable demise… even pro mountain biker Rusty destroyed it like he still skated. 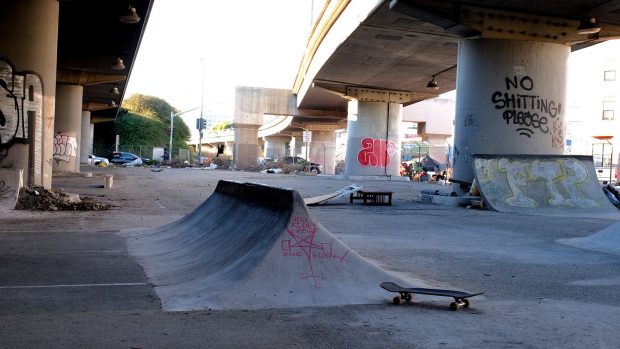 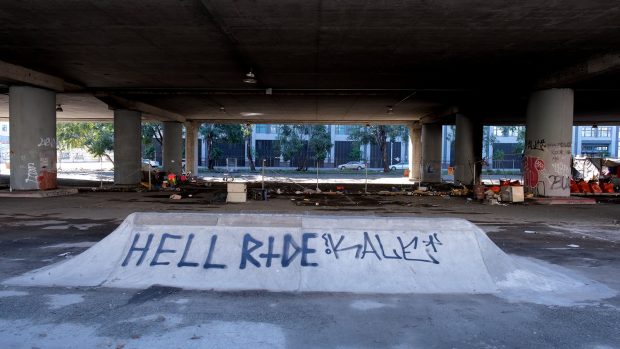 Roller Coaster Overview. Our final destination after the warm up sessions was this beast of a rail……
Full report coming soon! 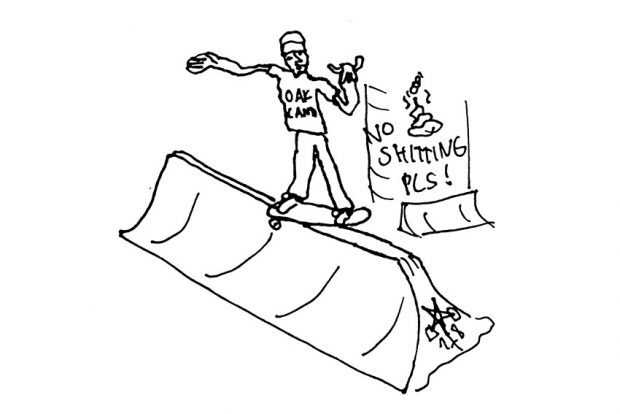 The Bridge Is Over (Turkey Neck Zine)