I was first introduced to Confusion mag by a red bearded vagabond skate DIY lord who slung me a mag after I’d shown an interest in his latest concrete job. Shortly thereafter I was mixing crete under the cover of darkness and the proud owner of a cordless angle grinder a.k.a “the keys to the city.” Fast forward a couple of years and I moved cities from Canberra to Adelaide with no skate or build crew for that matter. The strangest thing about the internet now is that you can lurk around and find rare tags for the local diy spot you’d heard of but knew nothing about otherwise. In doing so I found the source of an untapped supply of local knowledge and potential future build spots, a “not spot hunter” if you will… 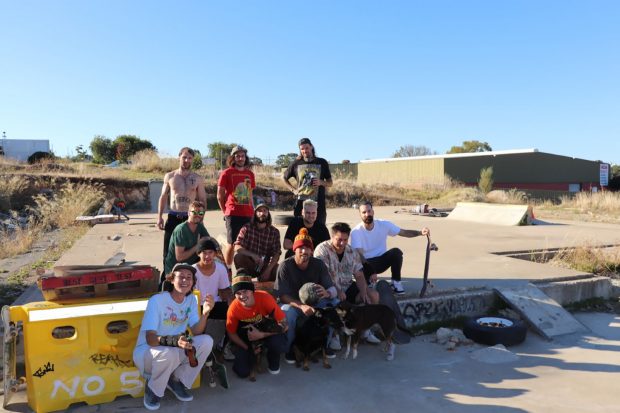 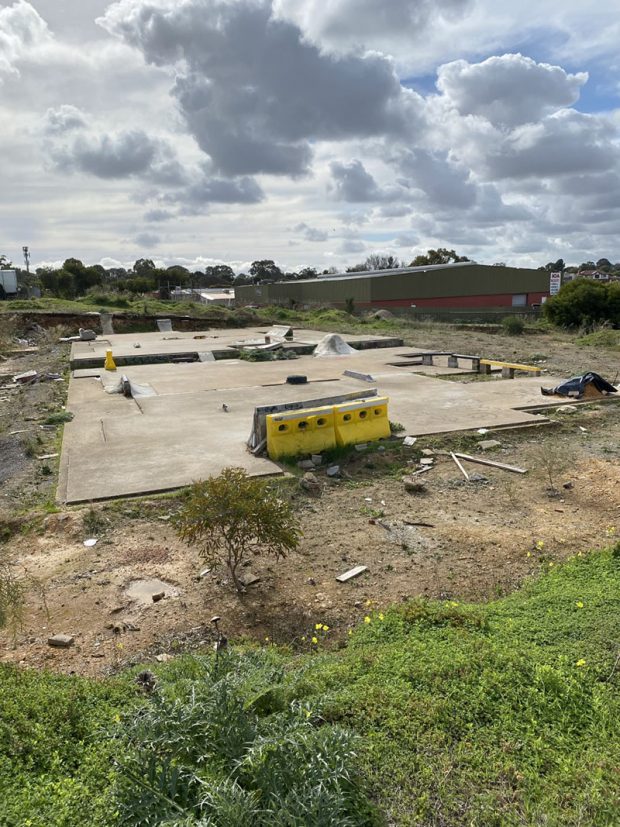 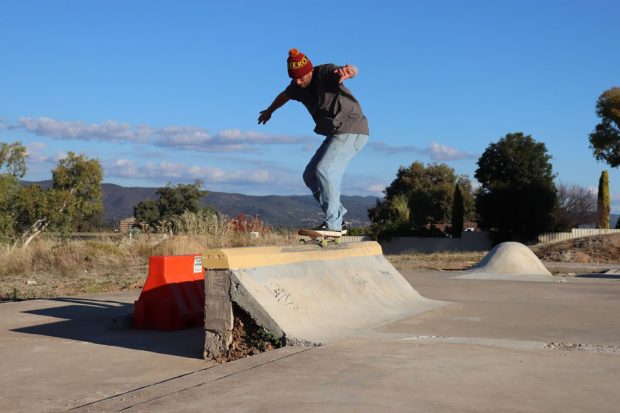 …as the existing south Oz DIY’s started biting the dust, the landscape became rather barren of cutty diy builds.

This was the catalyst for stepping up and contributing to the local scene with additions of curb spine ramps and shitty beer can coping quarters.

The defunct lot which we allocated a lot of time to was/is a development site that has started/stopped over the past decade in line with GFC’s and council red tape bullshit apparently. But amidst the artichoke thistle’s and silt stone fossils is a scooped out slab that hasn’t disappointed yet! 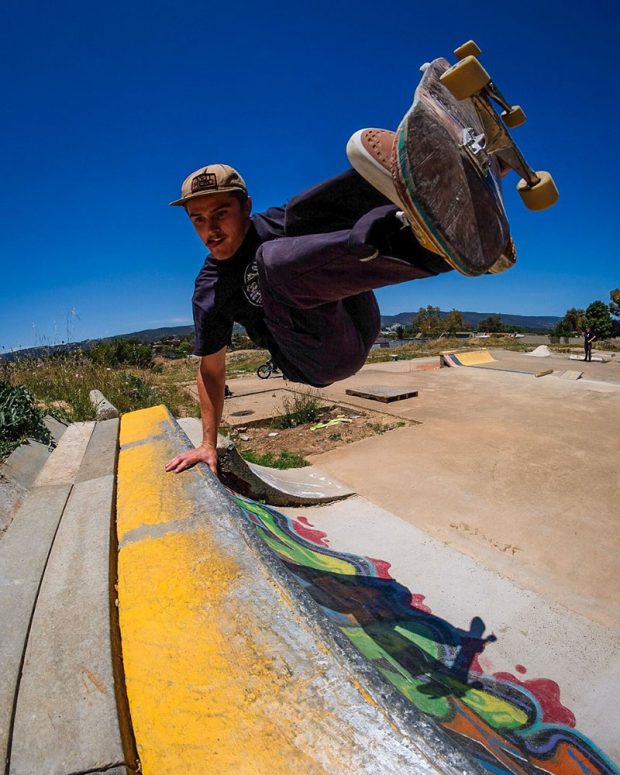 The crew now runs deep with many contributors and the caliber of build has lifted to sunken tire doorways and pump bumps that will fuck you up. There’s pool coping quarters offset to existing ramps and hot lines from top to bottom slab and back up again! One of the boys is a renderer and he won’t finish ‘til a quarter is glassy!
The good news is that nothing galvanises a crew like batch mixing concrete in between guzzling some mild ales. Now there’s at least half a dozen blokes and their dogs keen to head up to the full pipe in the desert on any given weekend! 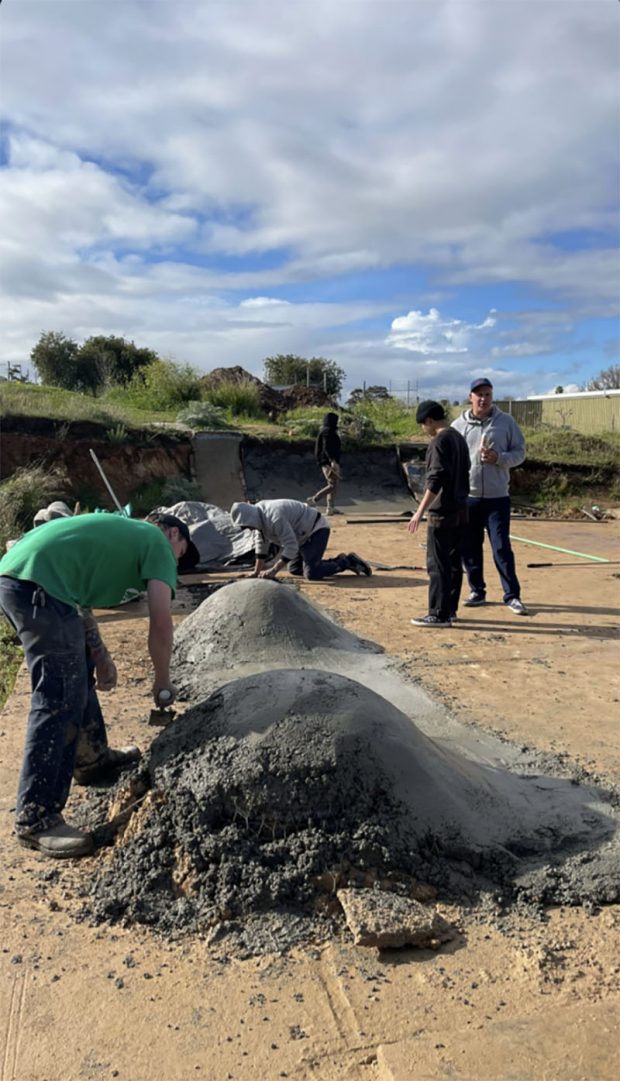 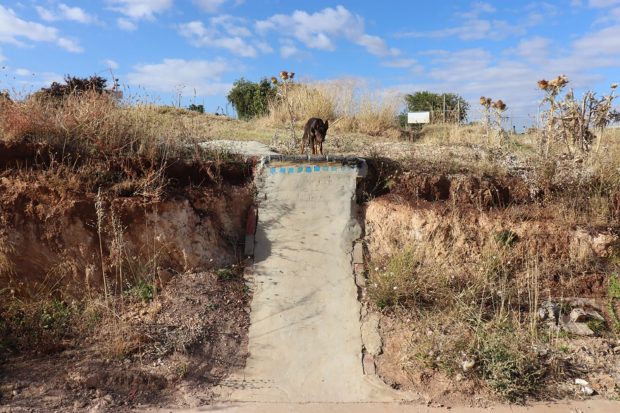 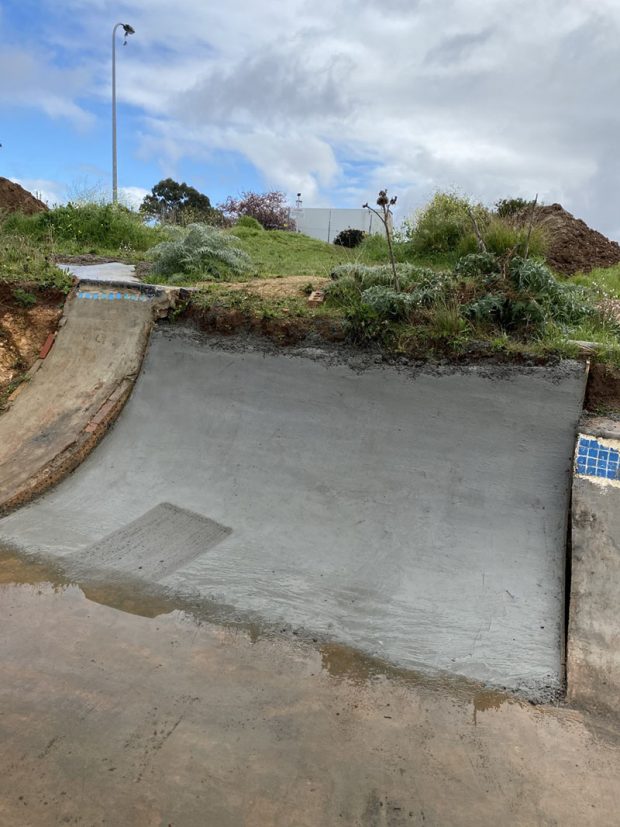 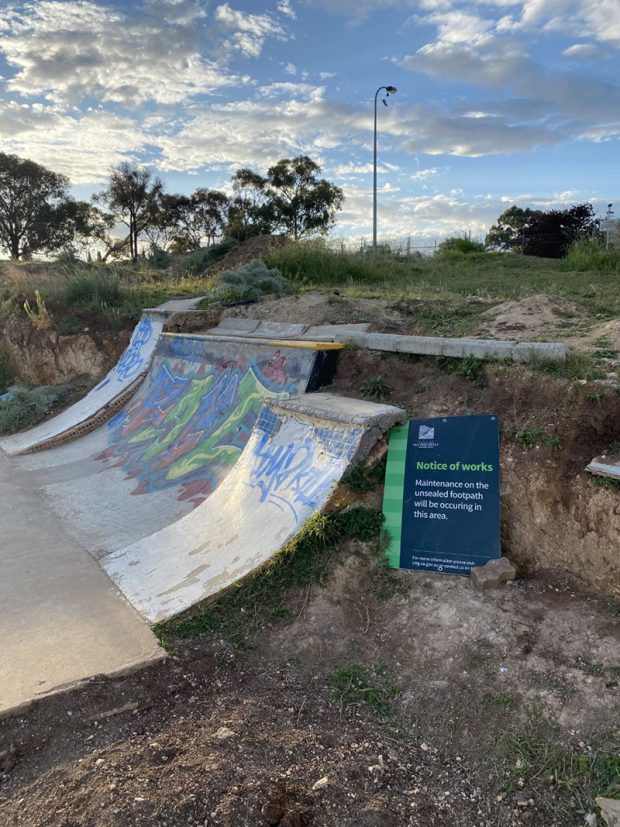 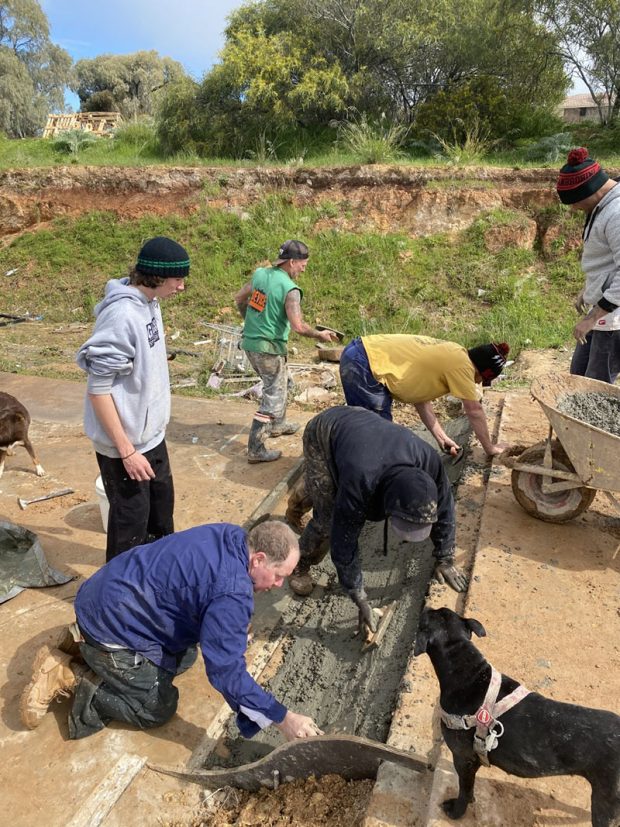 All hands on deck

If you’re passing by the spot you’ll most likely be staunched by some kelpie mongrel gate keepers! They’ll then come at you like you’re their oldest friend if they see you’ve got your board with you.