Zut skateparks just finished this beast of a bowl in south west France (designed by Hall04) adding to another four or five parks they’ve built in the area, making south west France not only a great surf destination, but now also a place to hit up on skate road trips, with the ability to hit up several parks within one day. Add this one to the list of parks (all designed by Hall04) and built by ZutSkateparks: Capbreton, Bénesse-Maremne and Vielle St. Girons. You can check out some skate action at these other parks in the Basque Caravan tour full length video.

March 8th, 2016. Zutskateparks working on the big bowl in Mimizan.

Andrés taking care of the waterfall on this big bowl. That is another big important part on the construction. It’s necessary to know what you are doing. One skatepark from the beginning to the end.

Juan Gomez on the hose. 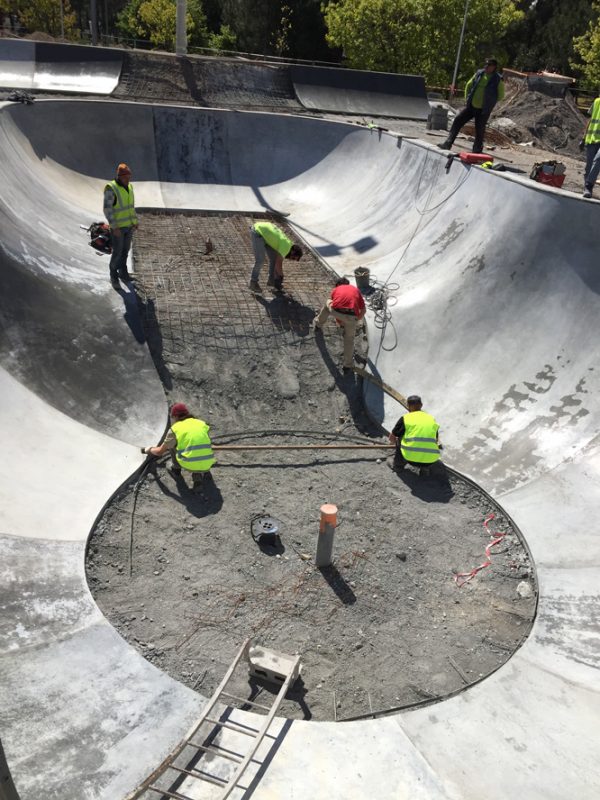 Julian shooting in Mimizan, he is the man with the concrete gun since more than 35 years. 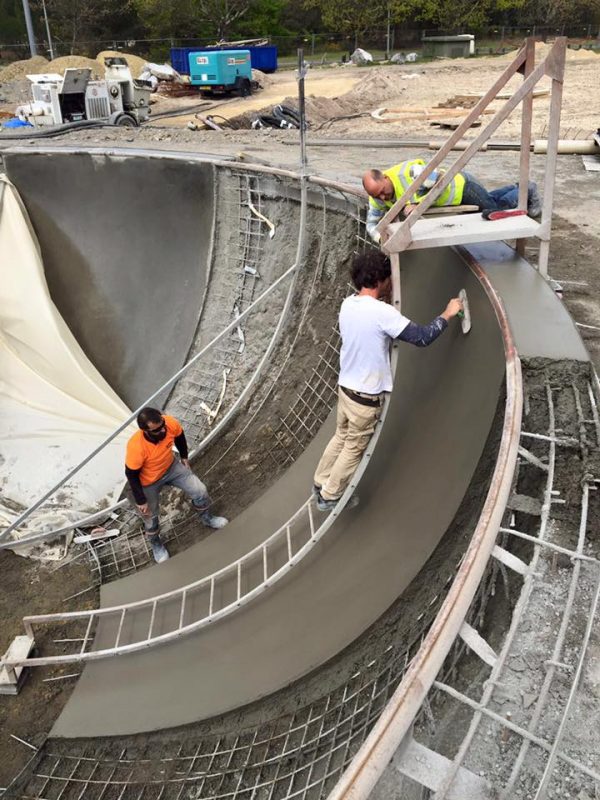 Zutskatepark in Mimizan. This bowl is big! We can’t understand why skaters in France and Spain in the beginning don’t want big trannies. Skateboarding Is everything… Big trannies, pools , halfpipes, flow parks , skate plazas, street areas. Imagine a street area with really little planters and hubbas. That’s stupid. No limits… Kids are the future and they don’t need limits. They need more and more…. zutskateparks wants to make skateboarding bigger, that’s all…

Zut skateparks in France to finish this big bowl.
Alex waiting for his helmet and knee pads to go for it!

Two blocks from the beach in Mimizan, France.