The locals set up a mini-ramp in a club in Laax. What more do we want after all? It happened two weeks ago, where we normally celebrate during Team Trouble, but since that won’t happen before April 2023 the lads probably thought they could just as well have some fun early on. We had saved this miniramp which served well under a bridge in Zürich for about ten years. It was meant to be removed and trashed, so we managed to bring it up to the mountain to set it up in spring somewhere. Ten years of tags, drugs and piss. It had enough layers of dirt to keep its distinguished look, and smell, for a while. Just nice enough to let one of the locals imagine what it would look like in a club….

Now, normally this is something you keep talking about over a beer. But in Laax you’ll find just enough skaters who work for the resort, that all of a sudden you get the trailer, you get the manpower and you get the people at the club and hotel hyped enough to set that thing up just for a week – with a contest and party at the end. Spread the word among your friends, invite the crews close to you, ask a handful of artists to contribute their works, and there you get your above average Saturday. If your lucky, shreddies like Jeanne and Elliot show up to kill the whole thing and top it all of. Thanks all for showing up, now we’ll have to think where to set up that mini next 🙂  – Alan Maag 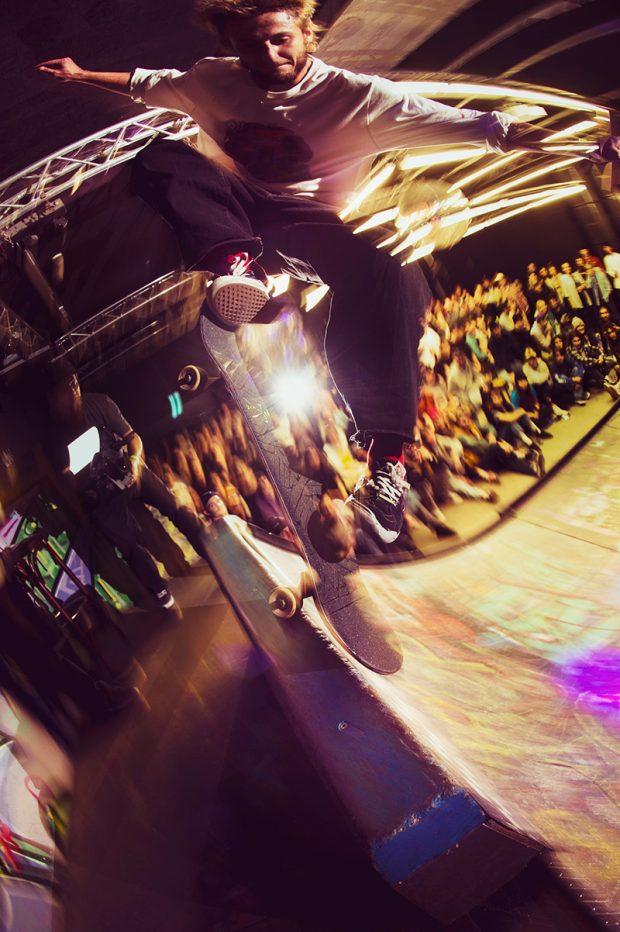 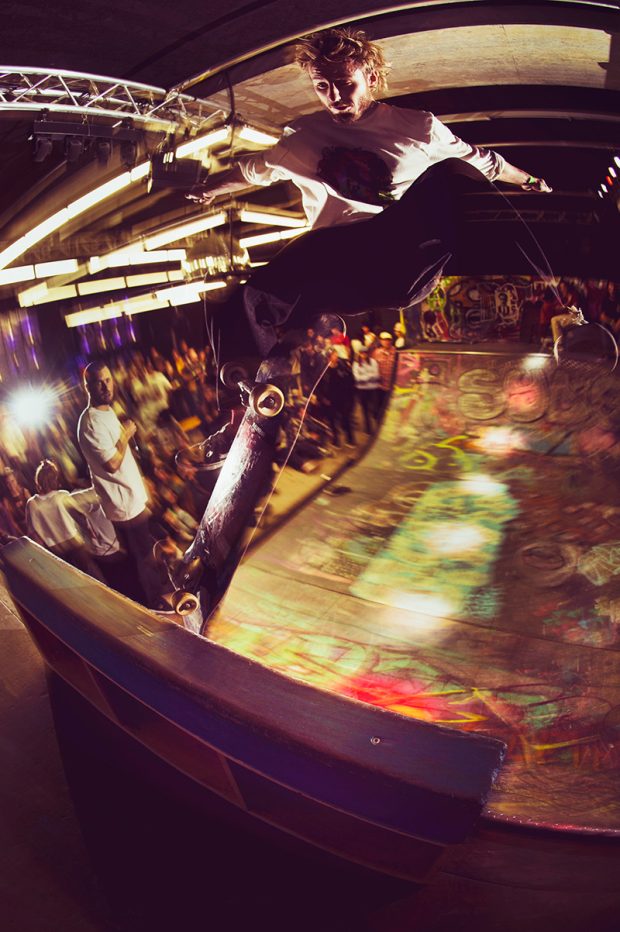 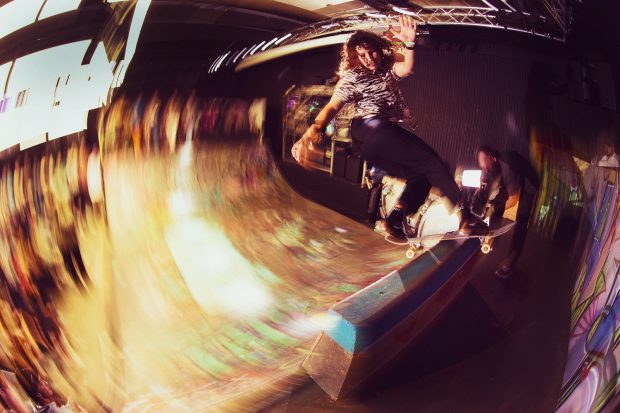 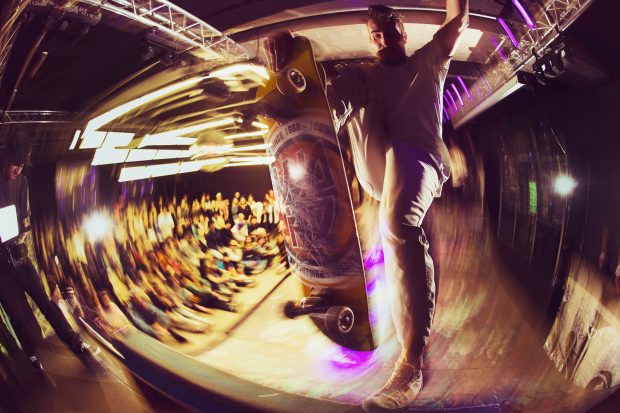 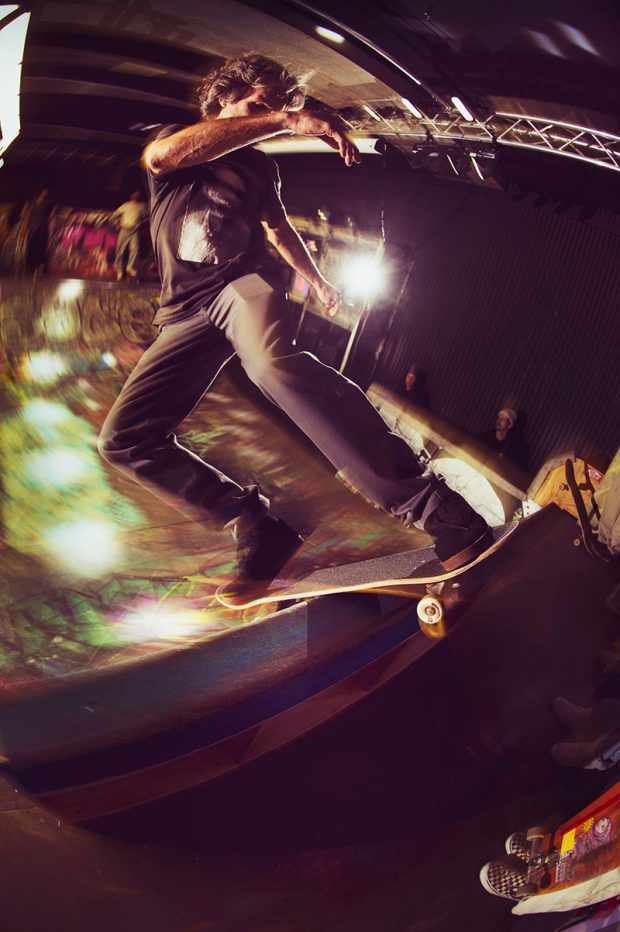 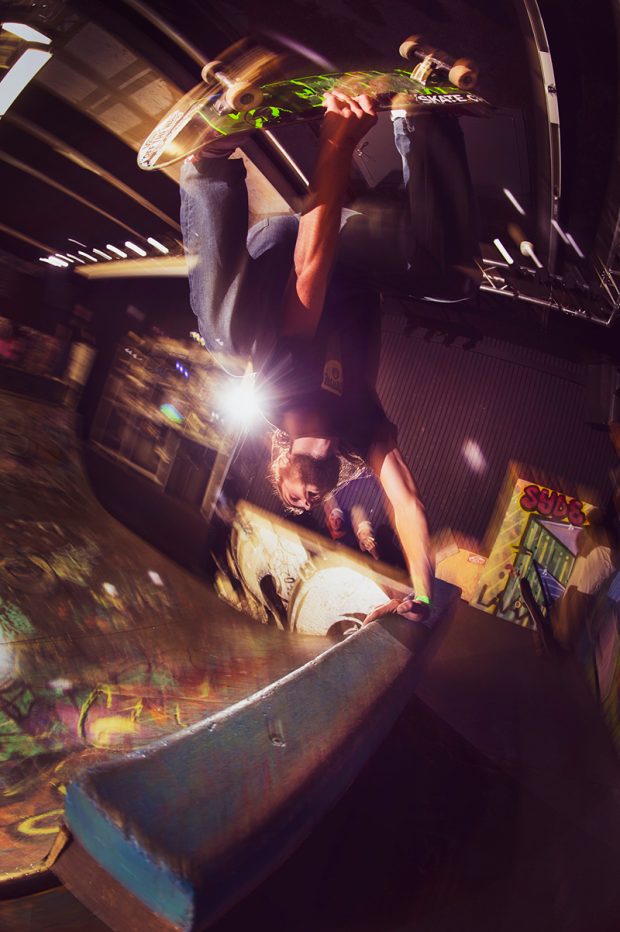 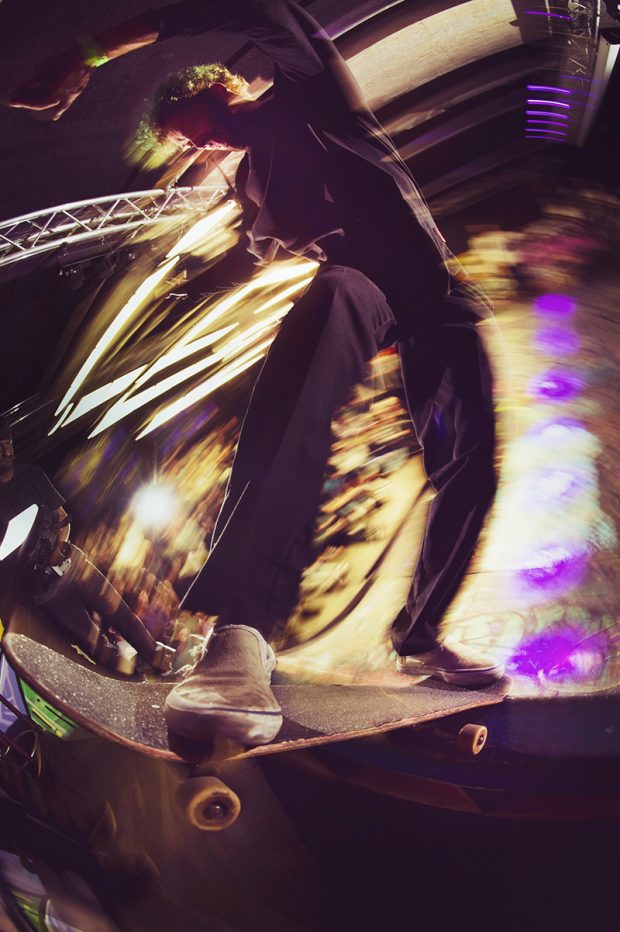