From April 21st to 25th our lurking class team went on a little Easter trip heading to Hard at Bodensee (Austria). Leaving Cologne on Thursday evening we arrived late at night in Stuttgart (Germany) to meet up with the guys from Koloss to have a little sesh at the Skateboard Museum bowl and to have a shelter for the first night. The next morning the group split up and the Koloss guys went in direction of Bodensee. We stayed the whole day in Stuttgart in order to shred the concrete bowl over there. The bowl built by Minus Pools has some steep transitions and any trick will reward you with pure pleasure. After the first day in the fully blasting Easter sun we drove to Hard at night. – Tobi Hees 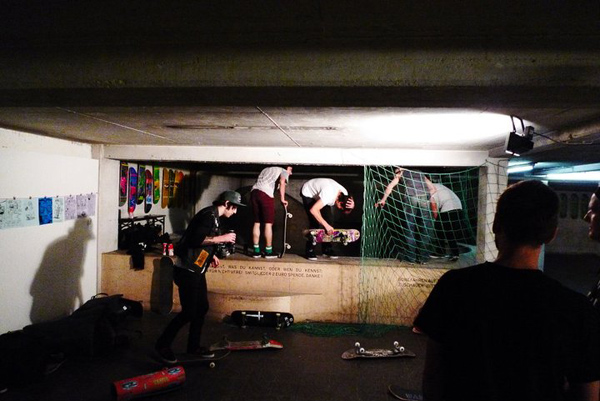 Skateboard Museum bowl in Stuttgart. The ceiling is so low - head crashes guaranteed 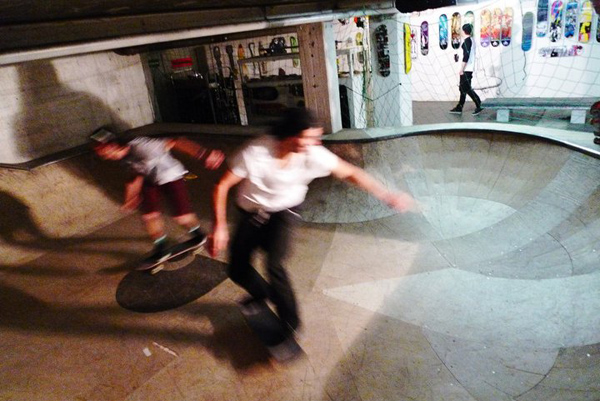 Museum Bowl - too small for two!

The next day our trip led to Überlingen (Germany). In this more kind of a street-style park everybody had the chance to get some footy as there are some funny obstacles like a rainbow ledge. Afterwards we met up once again with the Koloss guys in Ravensburg (Germany) and had a little session over there before leaving towards Heilbronn. We spent the upcoming day at Sergej Vutuc’s new hippie-punk oasis: PlemPlem Kaufraum, a place where a skate shop meets an art gallery meets a club, etc. 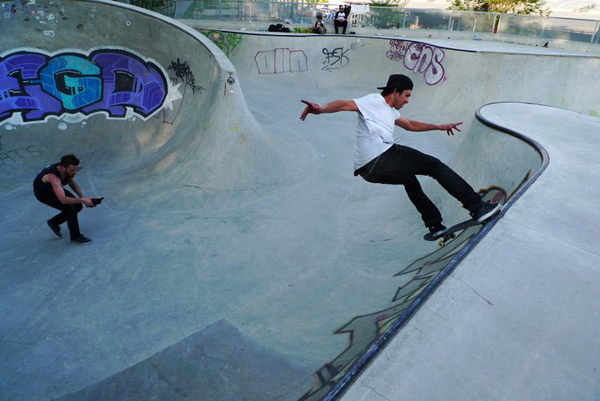 Hard is an amazing concrete park with a lot of different transitions. Also it is close the lake so that you can jump into the water if it’s getting too hot out there. Jan shredded the shit out of the park that day and we had one more booze drenched night at the camp fire. We decided to stay there another day, skated and had bbq and beers. 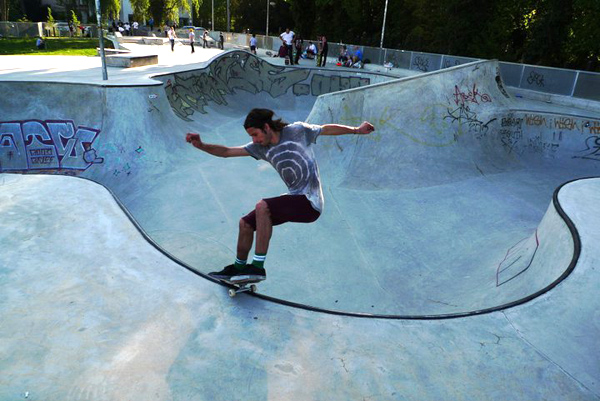 Jo - smithin' in one of Stuttgart's steep transitions

The last day we went over to an old ditch in Heilbronn which gave some of us some real childhood memories. Having had a good session once again we enjoyed a little more of Sergej’s hospitality in the burning sun before we ended up on our way back to Cologne.

Skating a very old Ditch with your bros is the best.
(left to right: Alf, Tobi, Aris, Jo, Elian, and Matteo). 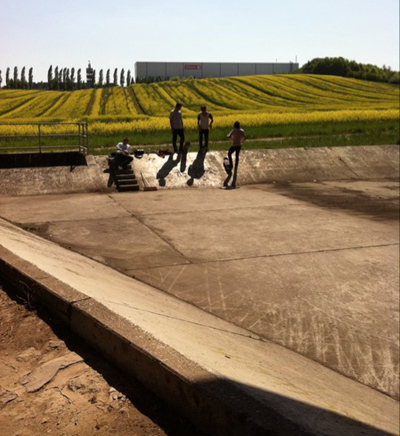 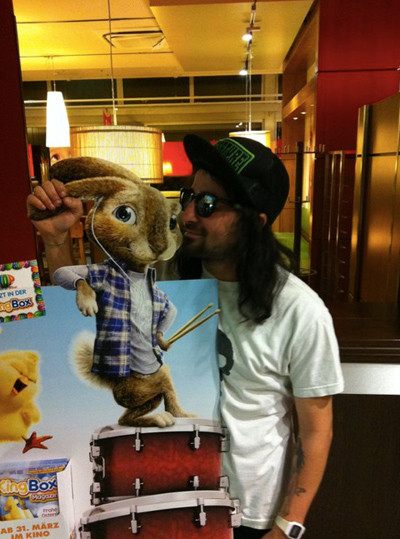 Matteo getting into the Easter Spirit! 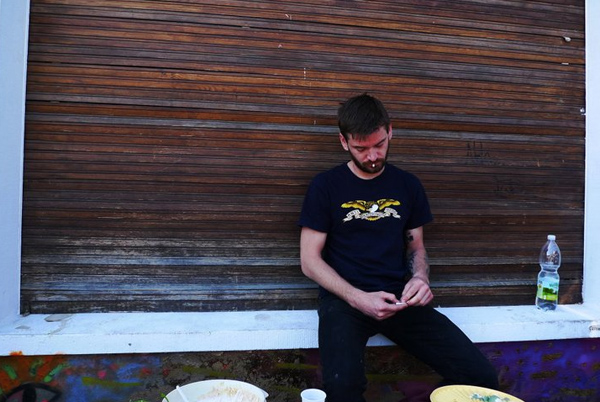 Sometimes the man behind the camera gets no in front of the camera time. Tobi taking a break from filming and rolling another one. 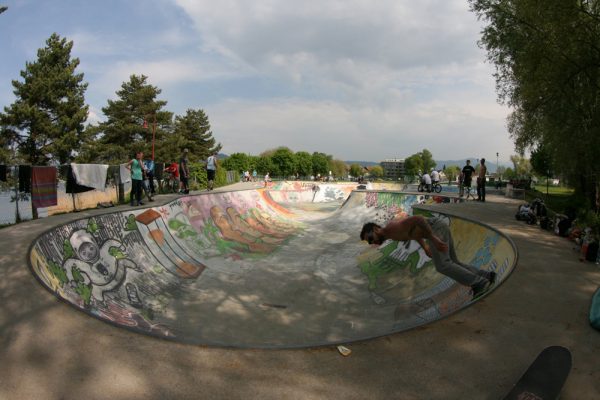 Hard, Austria. A one of a kind place to skate! A stones throw from Lake Constance or Bodensee which separates Germany from Austria.

Enjoy the clip and stay on the road!