Here’s a collection of pictures taken during the filming of “Warriorski” a 2022 video edit by Julien Papen.

The point of it is to make you want to skate and to keep everyone’s fire lit during winter!

The video also wants to create a link with the music scene. That’s why the soundtrack has been chosen to promote the new album from Penkowski. Out soon, go check them out!

The skate clips were filmed during the Roadkill tour and some extra sessions.

It’s mostly street spots in Lugano, Zurich and Lausanne. But obviously there are some parks and DIYs in it: the Beast in Zurich, a little spot in Lugano made by Alex Treter (before he went to Belgium) and Serge Bertschy‘s atelier (Sergie Boys we are here!!) 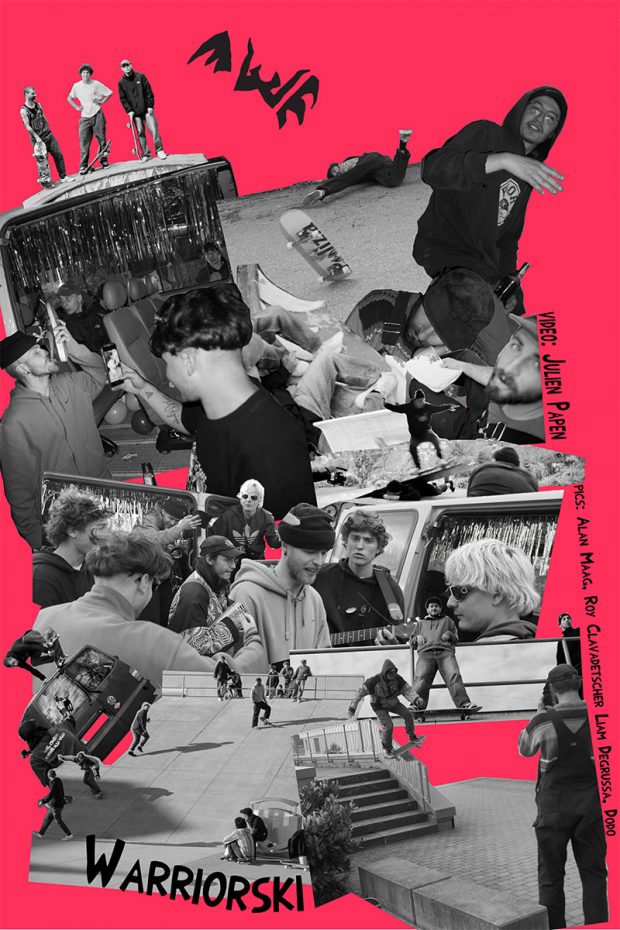 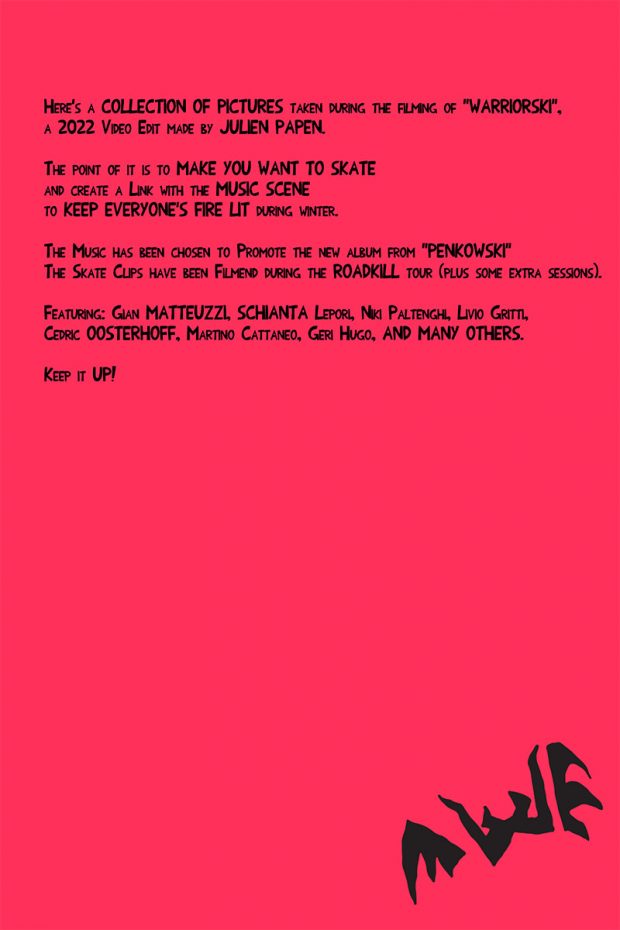 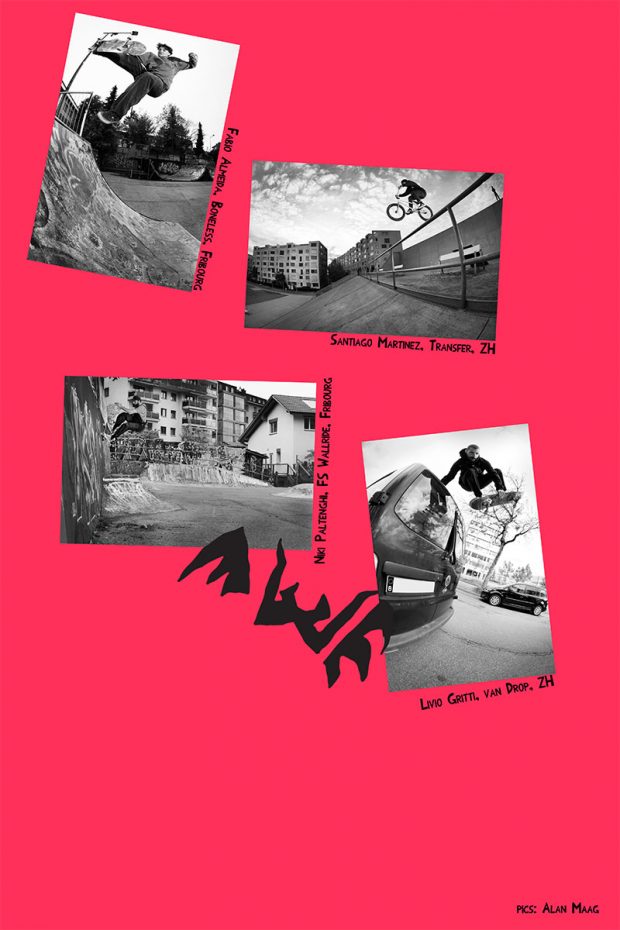 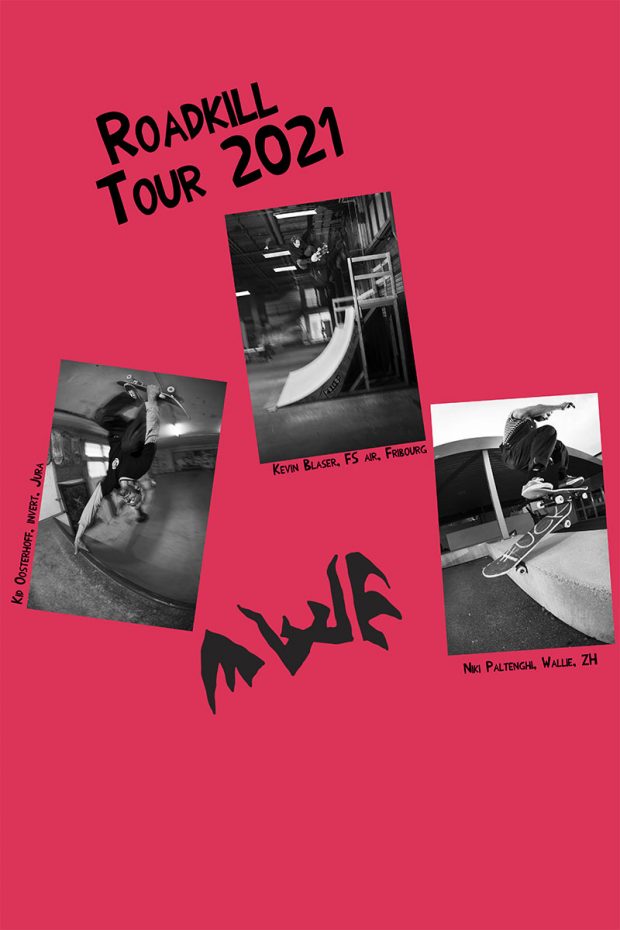 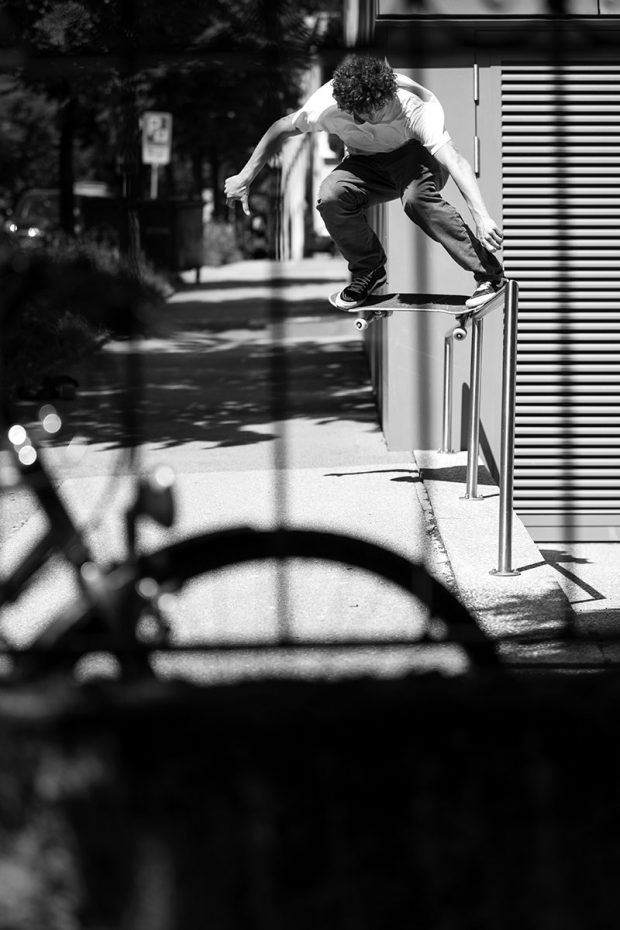 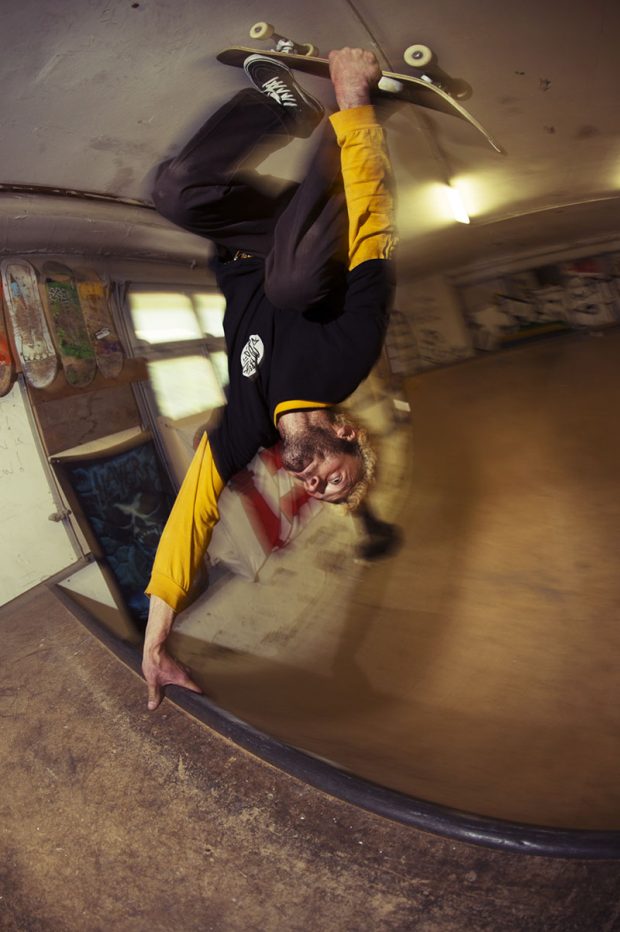 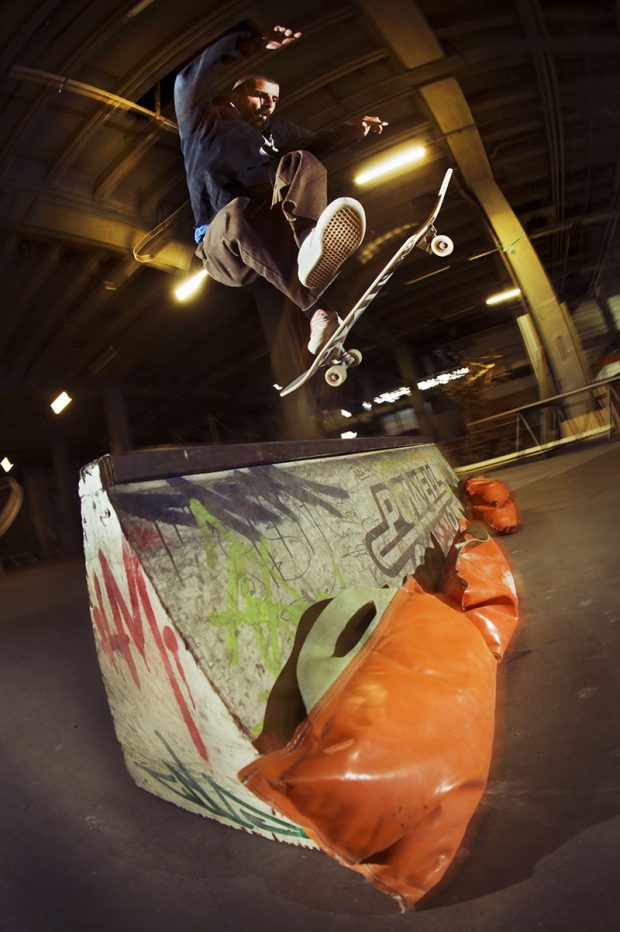 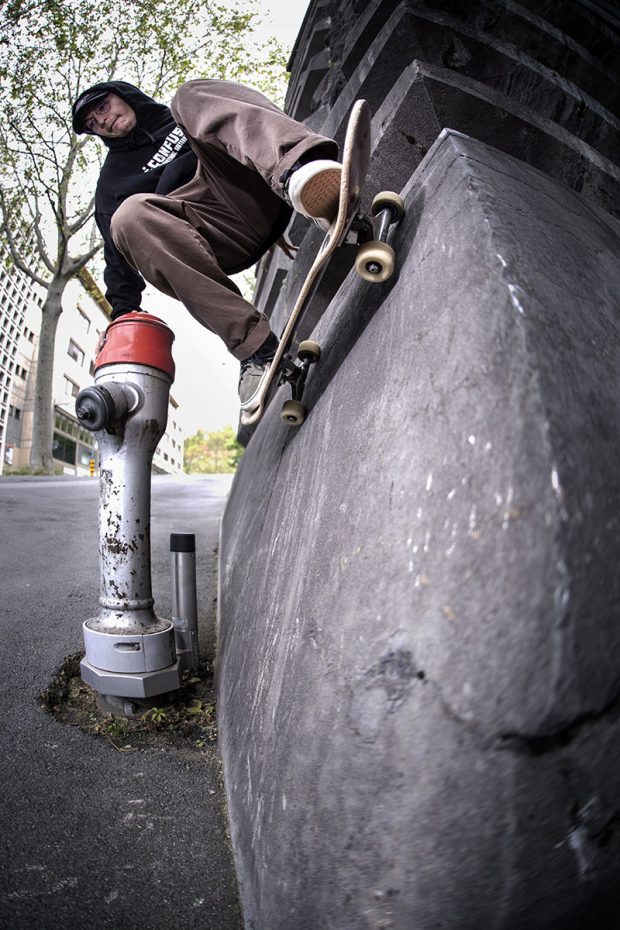 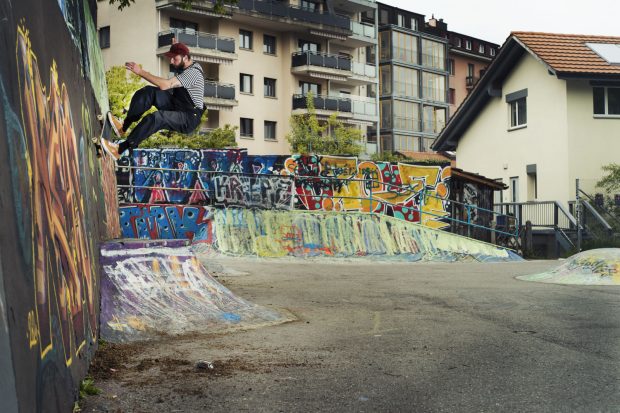 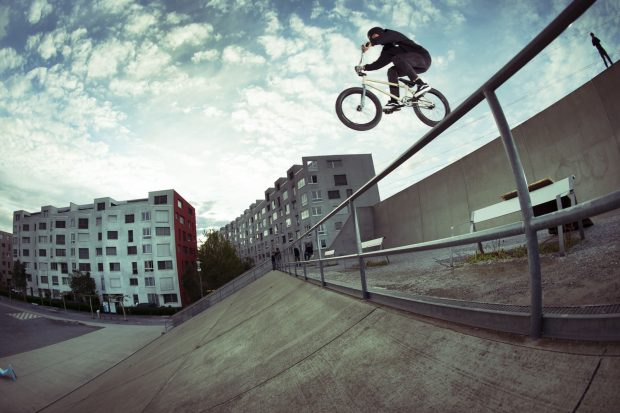 For the future, rumors on the streets say some interesting stuff.

Julien is saving clips for a Warriors full length video that will be shown during a lakeside skate & music festival in Lugano.

Also, the Roadkill tour may happen again on the swiss roads.

See you around, keep it up!!

Photos by Santiago Martinez from the premiere at Cylure bar in Lausanne: 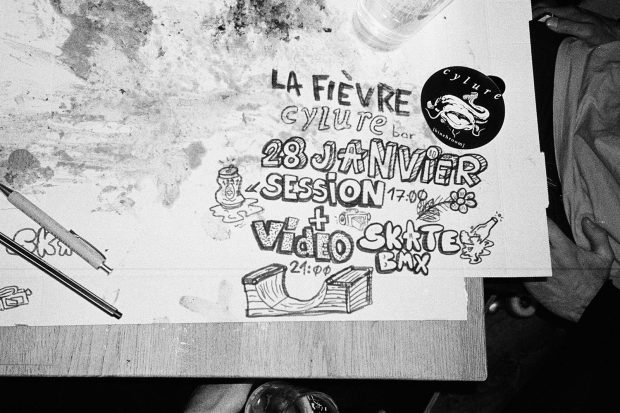 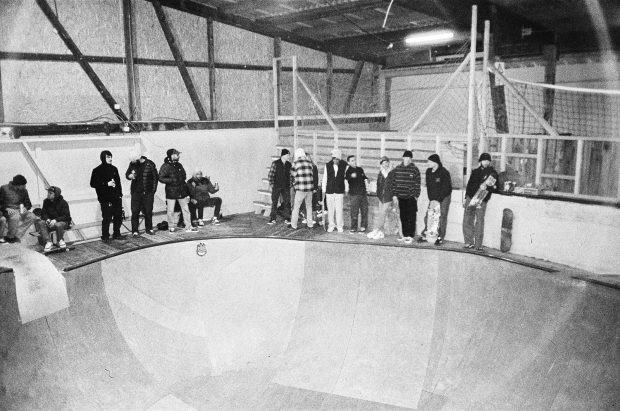 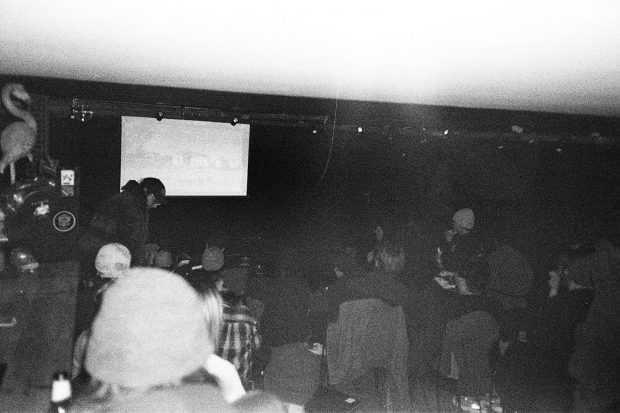