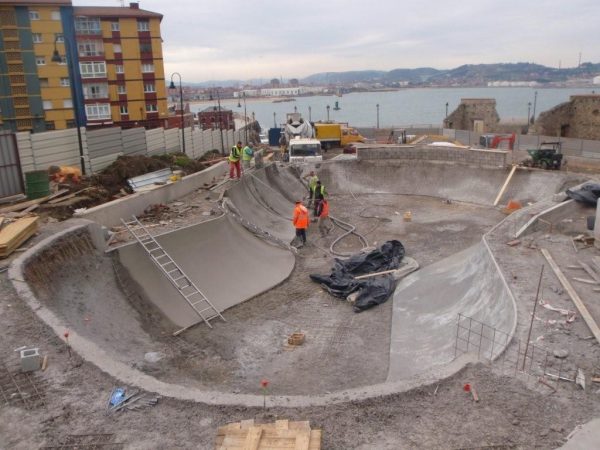 Sergi Arenas sent in the latest skatepark developments from Northern Spain (from the provinces of Asturias, Cantabria and Basque country) as well as a new park in Barcelona. In Spain there are not many companies who build good concrete skateparks. It is usually the big construction companies that get contracts from the city. Sergi (from Barcelona) and his friends Iñigo & Miguel from Asturias get the jobs to work for some of the big companies, but they use their tools and skills to make them right – Built by skateboarders! 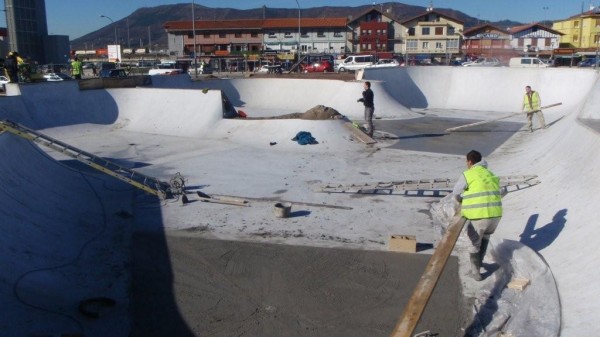 Irun Skatepark, Spain (on the border of Spain / France). Built by Iñigo & Miguel

The design for the Irun skatepark was made by some friends of Sergi to build, but not on their own, they had to work under Concrete Rudolph (who build pre-fabricated parks across Europe). From what I understand, Concrete Rudolph build concrete structures, with the same transition, shapes and sizes in a factory, and then bring them on a truck to the location of the skatepark !?! I’m sure they’re slowly learning from their mistakes and lack of creativity, but sometimes this takes years if not decades (see Wormhoudt) and also depends on if the company is there only to make money, or to make a skatepark that will be fun and challenging for the skaters for the years to come. 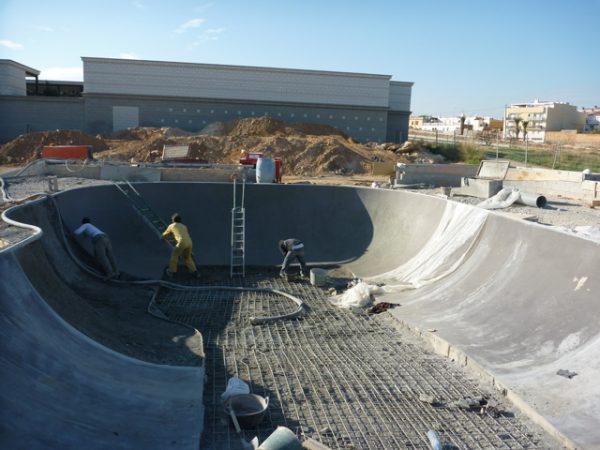 Despite the fact that Concrete Rudolph received the contract to build, the major flow design in the plans was given to a smaller company to build which included Iñigo & Miguel. Once again, the guys designing the flowing and only creative part of the park are working under the larger “Mr. Cheapo” contractor company as they are the ones that receive the cities money and the trust of the city.

Click here to watch the construction project at the Vilanova Bowl in Barcelona, Spain.