The whole thing started last winter when I met my friend Rodolphe Lafarge. Rod isn’t only a well respected food critic, he’s also a real skateboard freak, so it was a matter of time before we’d start to discuss the idea of an event combining these two passions!

We decided to bring together chefs, artists and obviously skateboarders during a brand new event at La Digue, our DIY spot in Toulouse, France. 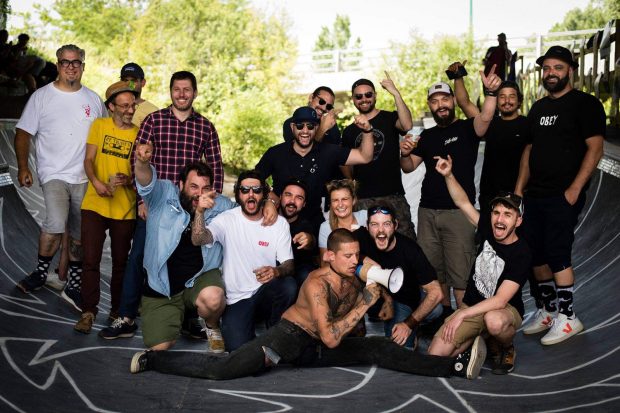 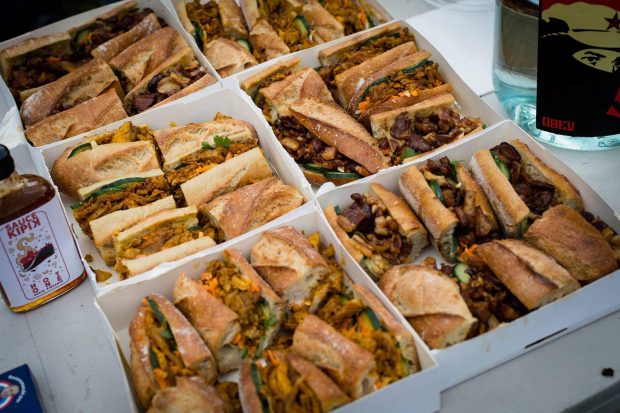 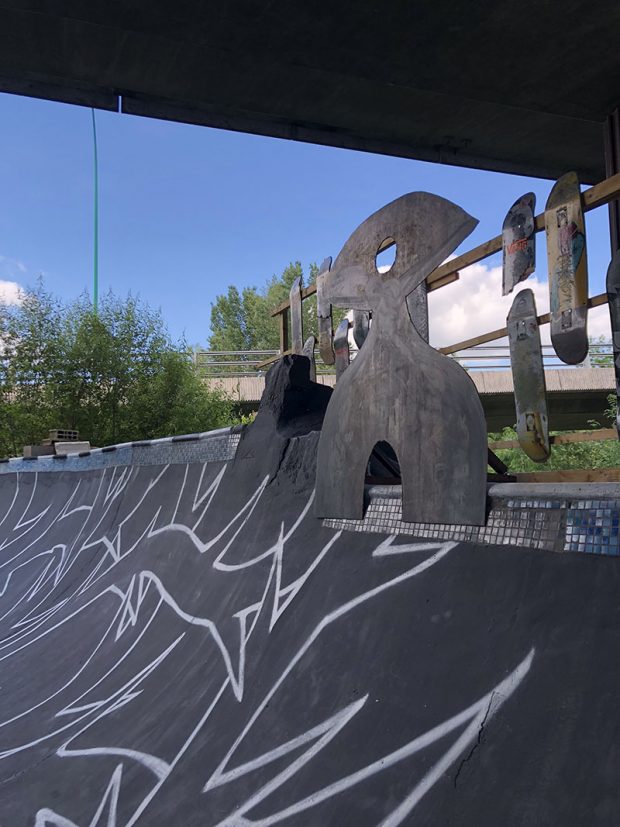 Our artist friend Geb Le Maudit accepted to paint the whole spot, the sculptor Nills Inne designed a special piece for the event that riders could have « fun » with and last but not least, we were lucky to have with us five top notch chefs who offered to cook for all the guests, as well as the Sabotage brewing company and Bear Brothers Project for the (much needed) drinks.

One thing was missing: the music! I have always been into old-school blues, so I invited the Pin’s Downtown blues duo to deliver their hypnotic and raw groove. 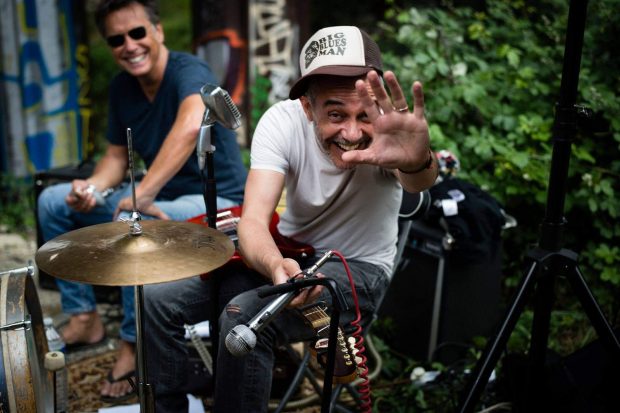 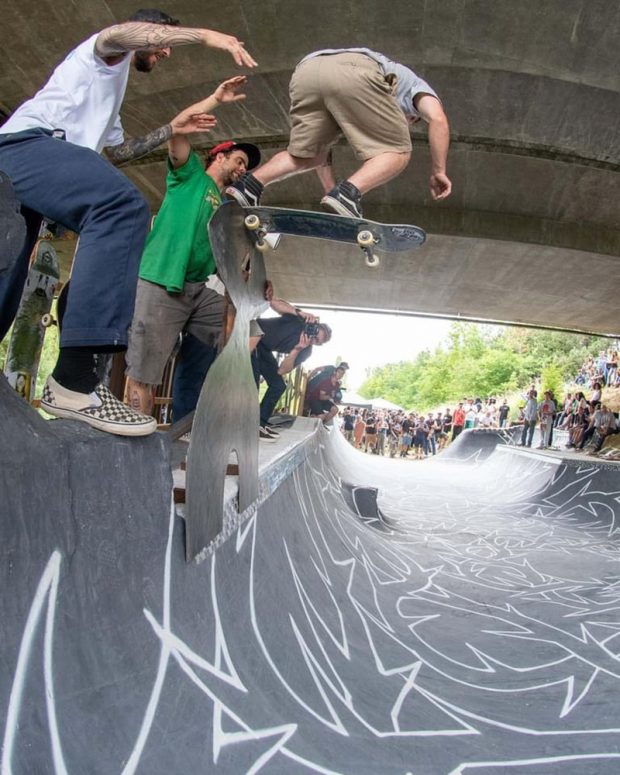 Drop in on at the extension. Photo: Daniel Mini 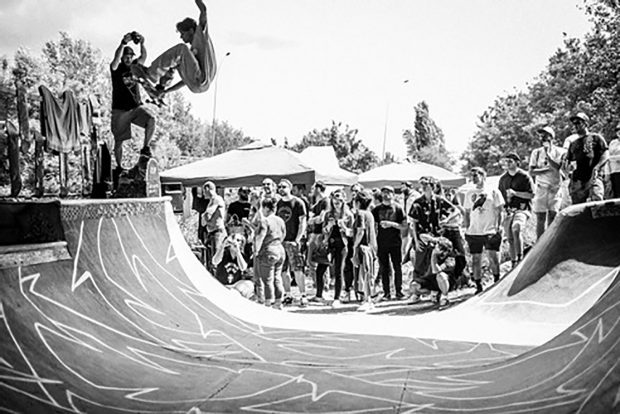 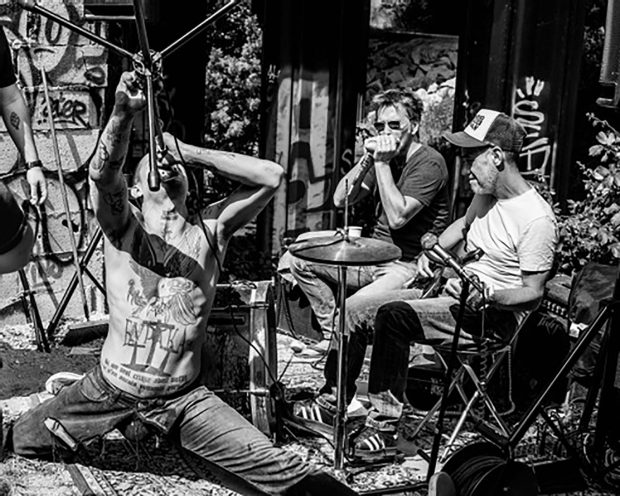 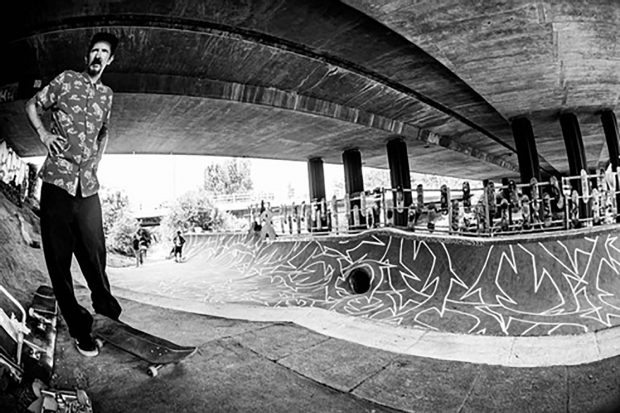 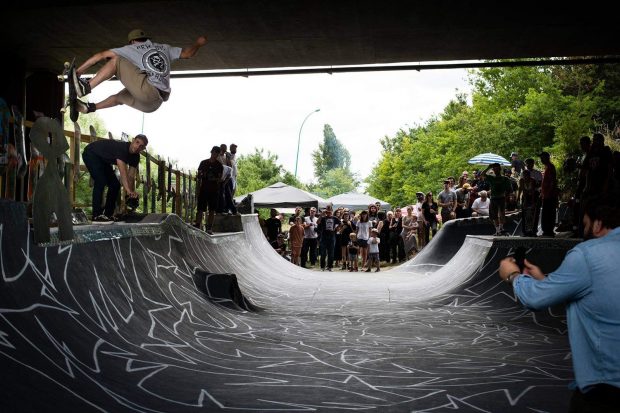 Local reapers, chefs, musicians, and lots of great people that were specially invited all helped to make this event really special. One of my fondest memories was to witness Vivien Durand, Michelin-starred chef cooking some (well, quite a lot of them actually!) gyozas only three feet from the pool coping during the best tricks session!

Needless to say that after the very dark times we all went through during the last months, this adventure really did bring everybody together in a joyful and refreshing way. We’re determined to do it again next year, maybe on a larger scale, but always with the DIY spirit that defines us! 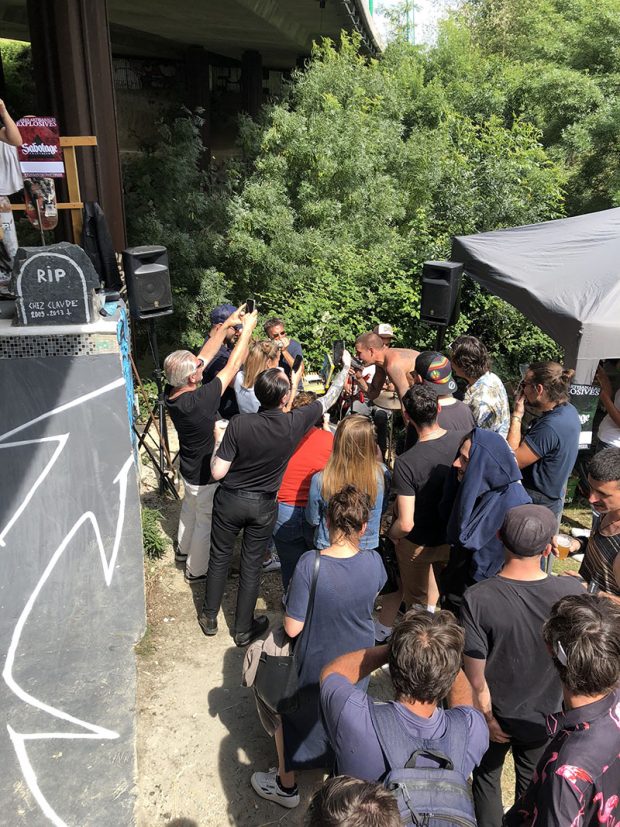 And all the people who came… we love ya! See ya next year!