Late last year, another big concrete park was finished in Germany – more precisely in Hirschgarten (Munich). The pictures of the building process looked promising so we, a crew from guys around Tyrol (Austria), decided to check out the new concrete monster. We started early in the morning as we were highly motivated and the weather prediction for the afternoon was rain. After an hour car drive we arrived at the Hirschgarten and started the session. The park includes a really good backyard pool with 3 pockets in different sizes, a death box, stairs and great pool coping. A little bit of vert everywhere but still easy to ride for everybody and a guarantee for a hella fun sessions!

Roman Astleitner. 5-0 Grab into the pipe. All photos: Fabio Cracolici

For the big bowl, many opinions differ. The concrete finishing is good but the composition between monster and mini parts is a bit weird. For me, it seems everything is wildly mixed without a proper concept. Anyway, there is a taco with about 1 meter (3 feet) of over vert. In front of the taco a speed wobble that is way too tight for getting extra speed, so it’s more of a slow down wobble, than a speed wobble. Especially for young kids but also experienced riders were slamming hard on this thing…. so be careful when you are not used to it. Then we have a monster of a full pipe ending in a cradle. 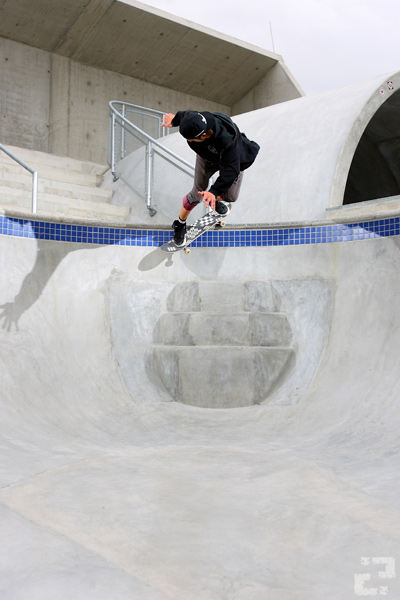 The cradle was built in 4 pieces so it’s not perfectly round but more like an ellipse with kinks between the different concrete sections. The rest of the park includes a wallride with lip option if you have the balls for it and a mixture between medium and low transitions. Definitely the worst thing about this park is the money aspect. I heard some numbers and for such a budget you normally can build 2 of these parks. Lots of money was spent on a tribune and a noise protection wall that has the shape of a perfect over vert quarter but sadly was not integrated into the park design, instead protected with a fence so you can’t skate it!

Ralf Edlinger. Feeble grind over the box of Death.

Especially if you know that Munich has no indoor park for the winter time it hurts that lots of money was spent for more or less nonsense! There are definitely pros and cons about this project but in the end you should not complain as it’s another sick piece in the European concrete park puzzle! You should be happy that the city of Munich has some motivated locals that took care of the whole organisation otherwise it could also be a shitty standard pre fabricated park that nobody wants! Whatever, go there, shred the hell out of it and make your own decision! – Roman Astleitner 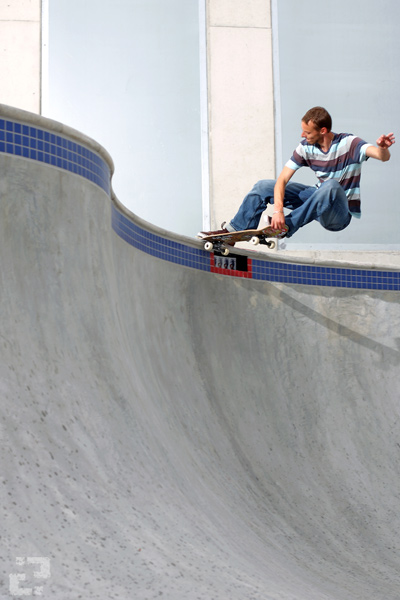 Asti. Crail slide over the box. 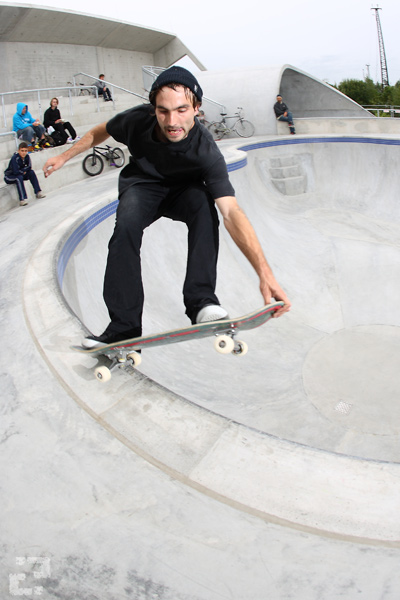 Oliver Gordon. Feeble over the stairs. 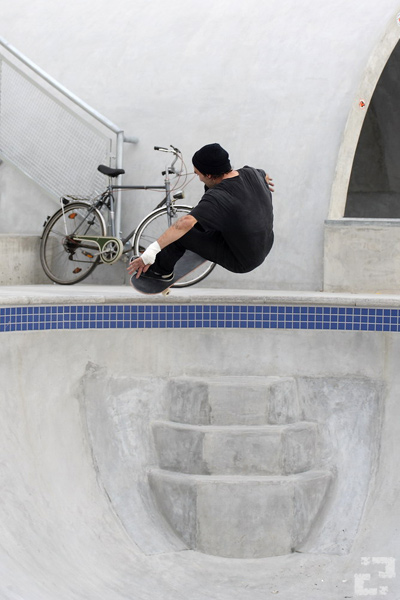 Fuck grinding over the stairs when you can just blast an ollie! Roma Erhart.
Click photo for ANIMATED SEQUENCE