“This year making the annual “Sin ollie” video part a reality was more difficult than ever but the stoke never stops! Obviously the lockdown and the travel restrictions were part of the problem but a strange injury in my left knee during several months was the main problem, anyway the fun of finding new spots and imagining different tricks always wins and the injury was slowly recovering.” – Javi Saavedra

Thanks to: Cruzade Skateboards, Maroña Wheels, Skate Hasta Que Me Mate, Sport 2002 dist. and All the Fat Skateshop. 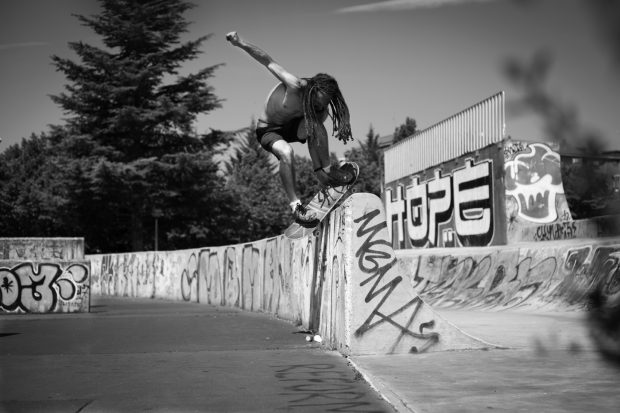 Fastplant in the streets of A Coruña, Galicia. Photo: Nahikari Pérez