“This party was born with the initiative of collectif Brusk 7 years ago.

The fiesta has always been a great success with beautiful concerns, multi-cultural diversity, skate, art, diy,…

But now, Brusk is dead!

The structure remains, renamed Sk8boarders a.s.b.l and with it remain many fans & friends.
This year was the first year that we made the party without Brusk – it was still a success.

Who are we? We are just two skaters because more or less everybody from Brusk makes others things now… Myself (Damien) and Jimmy.

Damian Delsaux. One of the organizers for this years’ Fiesta des Ursulines is one of the hardest rippers of the Punisher Bowl. BS lipslide.  Photo: Alexandra Dos Santos

We arrived two years before the end of Brusk and now we want to continue the skate guerilla, and luckily for us some other people help us out with the administrative shit. 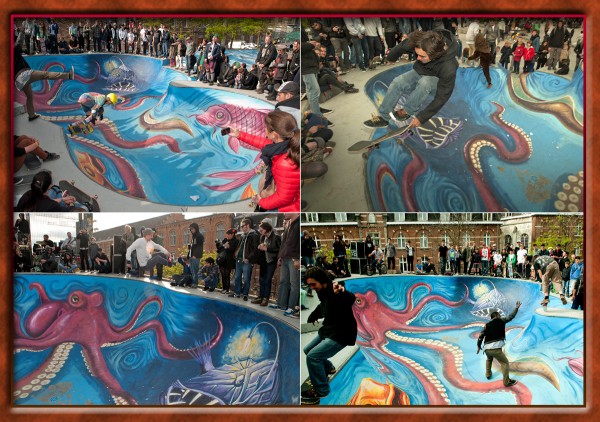 So this year’s Fiesta was too crazy! Many skaters, many people, many bands, original things & full improvisation.

The party started in the morning with a skate and circus initiation, then the first band started to play and some stands opened (food, drink, serigraphy) but no labels, just friends.

In the afternoon there was different best tricks and a little skate and bmx demo by some locals.

There was also a photography exhibition with a tea dance for everybody in the nursing home, just on the other side of the Ursuline square. Like every year we have made a new design in the square – the weather is too bad in Bruxelles so now all the square is like a sunny beach!

Around 6pm started the best part: Bowl session with live bands – three bands playing up on the deck of the bowl and a really good session for this year.

Last year the Bears were grafitting the bowl. This year, they’re even skating it! Photo: Alexandra Dos Santos

We want thank to: Ian, Christine, Célia, Alex, Chez Zelle, Gnassis, R.A.D, all the volunteers, every local and a special thanks to Pauline! ” – Damian Delsaux 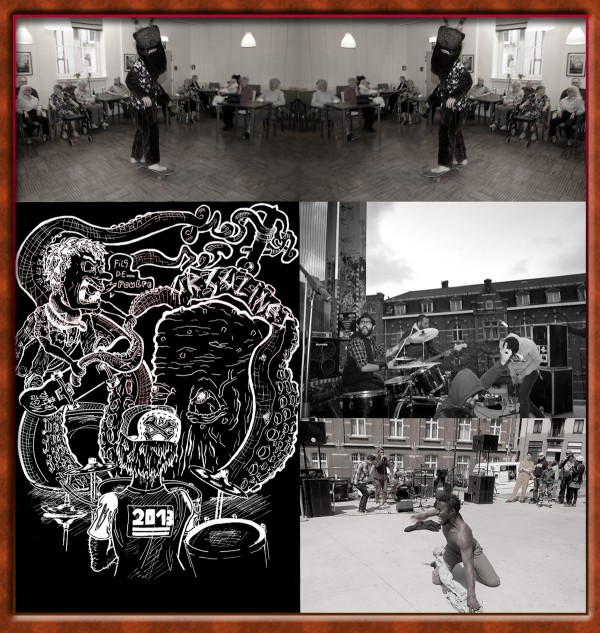 Dancing with the old people in their nursing home is part of the Fiesta Des Ursulines. A very social and positive communal event. Photo: Alexandra Dos Santos

“Every year the Fiesta des Ursulines somehow marks the beginning of the skateboarding summer season in Brussels. However, the weather isn’t always on our side. But beer is a good alternative to missing sunlight, and we Belgians know how to make up for it. Our top animator Phil was at his best as usual, dressed as a womenly kinda joker. All-in-all the event was a great success, gathering skaters, rockers, groupies, mom’s and dad’s, kiddies, punks and hipsters. The gigs around the bowl were rad and the skaters hit it hard during the session. So fuck the weather and let’s skate!” – Pauline Miller 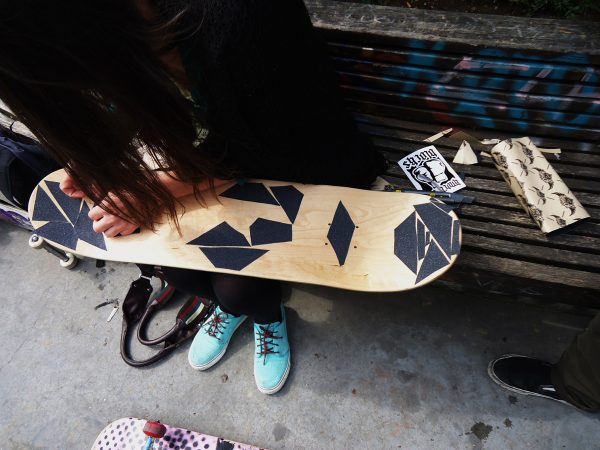 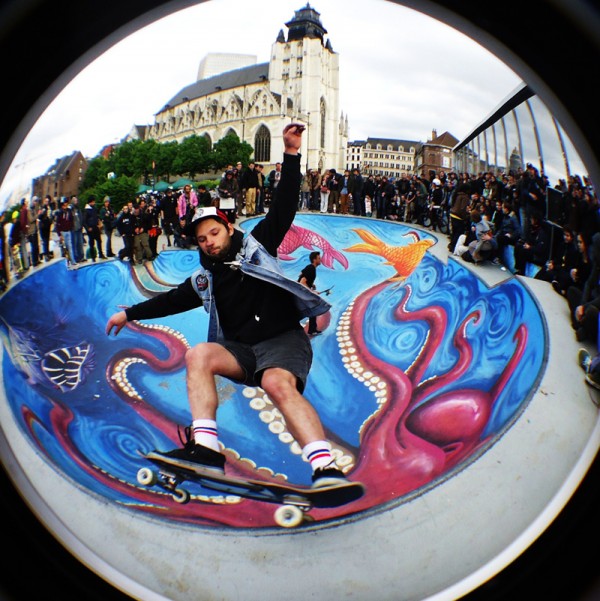 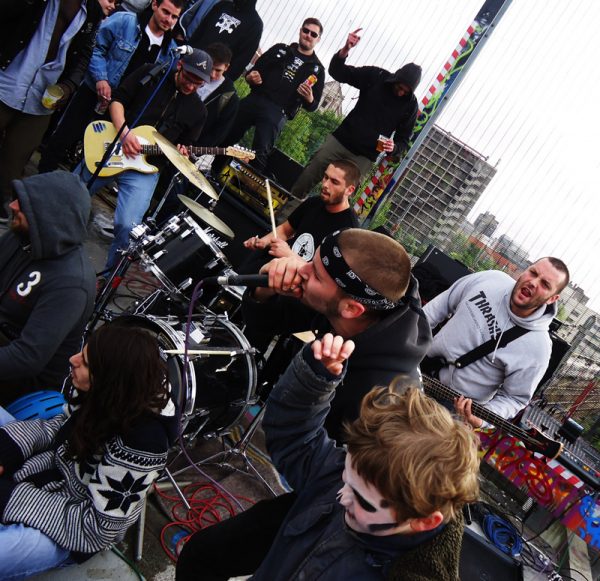 One of the bands. Photo: Pauline Miller 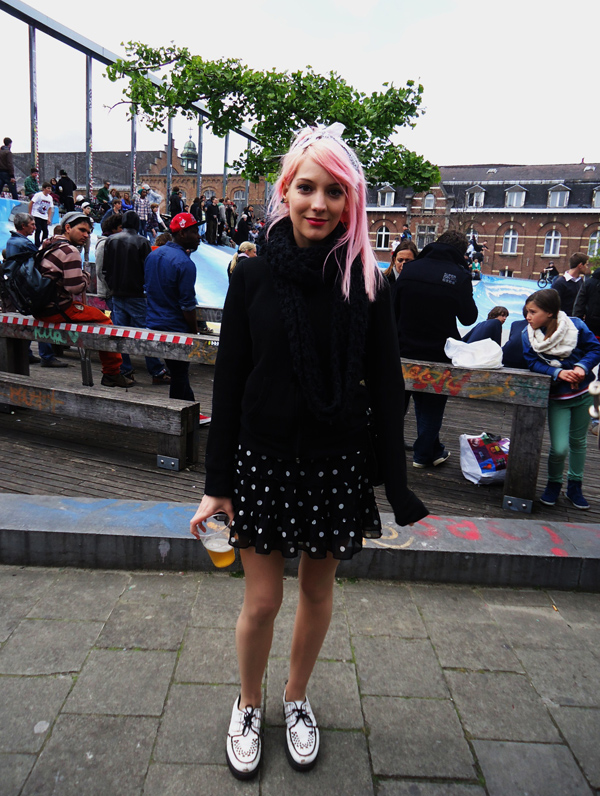 Ungovernable Skateboards. Belgium has no government. Seems like they are doing fine without it. Photo: Pauline Miller 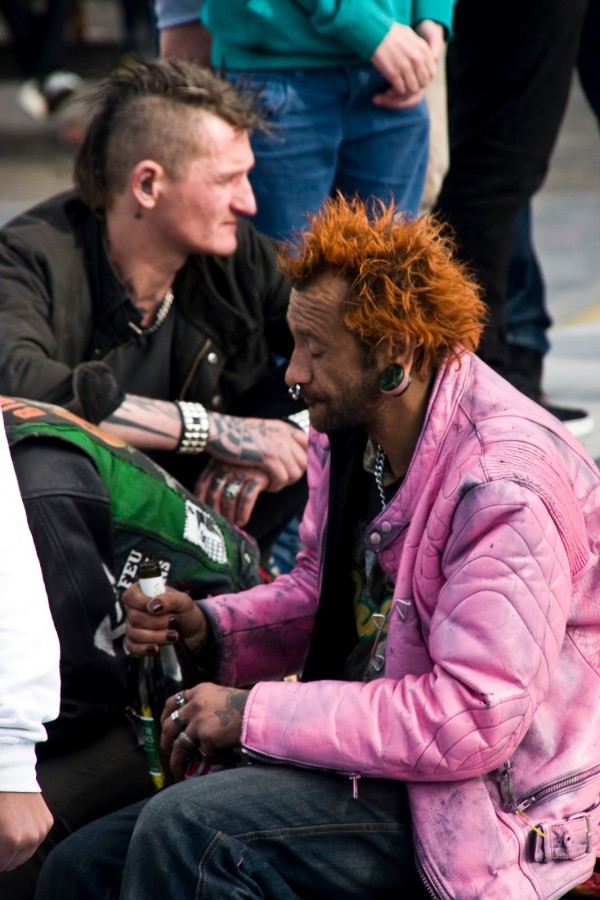 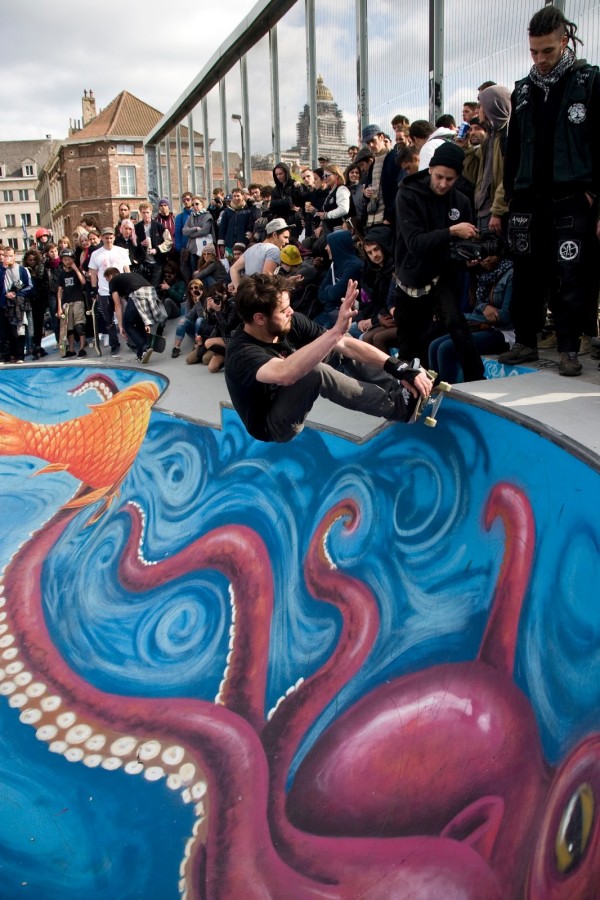 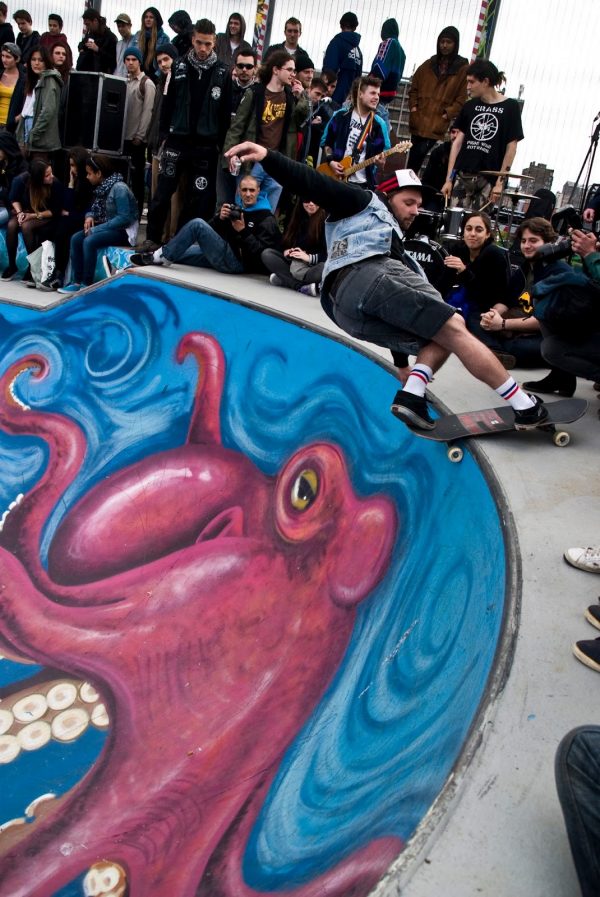 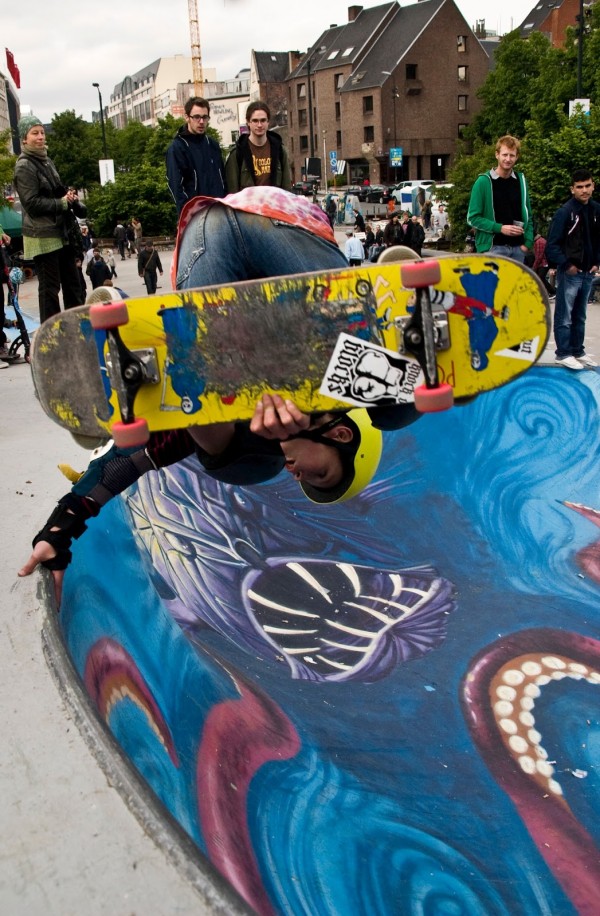 Szymon Stachon. Another angle of his Blunt to fakie off the extension. Photo: Wim Dewaele 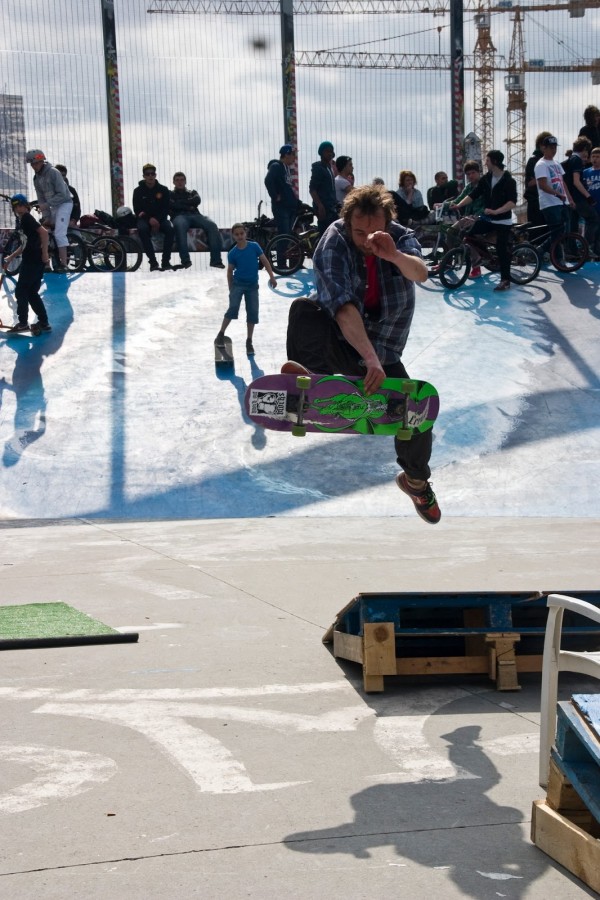