Any given friday, a session like this could be going down at the Buena Vista square pool south of Santa Cruz, one of the longest running “backyard” pools in history. This pool has been skated by generations of legendary skateboarders. Most sessions these days include not only the old school pool shredders and underground legends, but also unknown new school pool riders that fearlessly roll in to the deep end and attack the lip as if they’ve been skating pools their entire lives, which quite probably they have. This pool is definitely harder to skate than it looks. Hopefully it will remain empty for another 30 years for following generations of pool skaters to shred without too much fear of the cops showing up for a bust and without it being buried with dirt like it has numerous times over the last 30 years.

Zarosh throwing down a crail into the shallow end. Photo: J. Hay 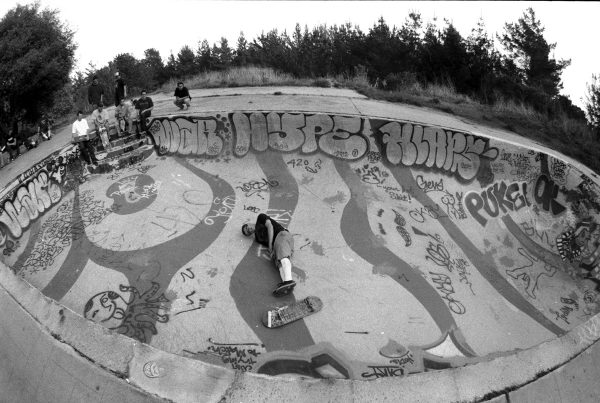 Thomas Friehl not quite riding out of a smith grind and taking the slam. Photo: J. Hay

Hunter. Sweeper in the deep. 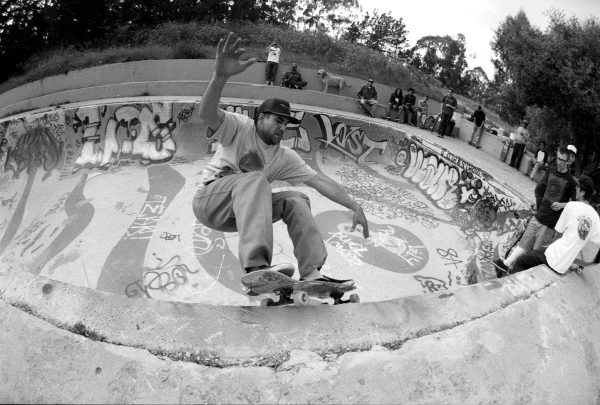