Our brothers in San Diego TYPICAL CULTURE have a zine release party with another confusion brother Sergej Vutuc releasing his book at the Culture Brewing Co. in SD this Thursday, the 4th, with THE LARB and Helmut Vutuc Lampshade for live musical entertainment. We’d say this is going to be a not to be missed event of radicalness.

And as a bonus, Typical Culture editor Zack Dowdy will be premiering his new film montage The Lost World: 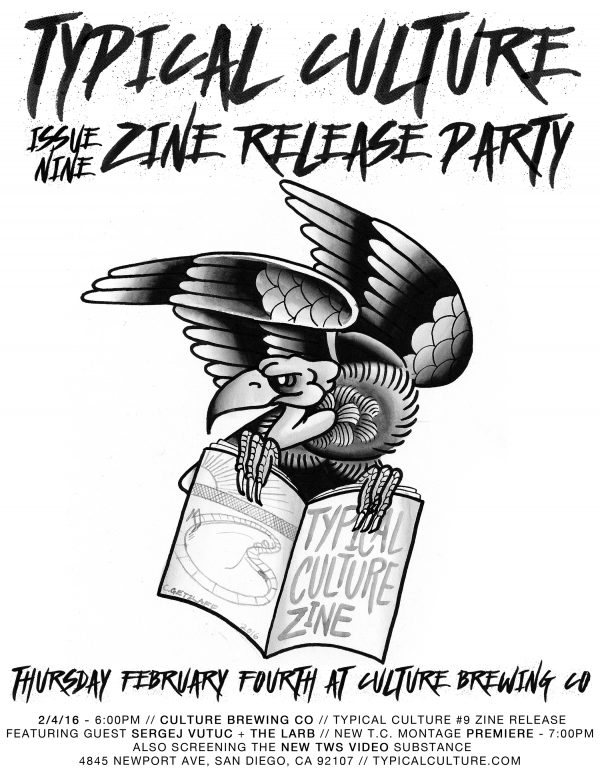