Ever since the old funbox in Hagen-Haspe got torn down the park needed a new main obstacle. With the Help of Klaas Kleinschmidt, from the Skateboard e.V. of Hagen, Ur-Haspe local Andre Neubert, and myself, we got the chance to give the park a little make over.

A new fun box was the goa,l but Haspe needed some more! In two weeks of hard work and with the help of Markus Mhueller (another Ur-local), Janno Schütte and the Haspe Locals the new  fun box and banana corner turned out anything but average.

The park is located in the Kleinbahnstraße in 58135 Hagen, next to the Mickey-Mouse Pool that Minus Ramps built in 2006, so you have another reason to go to Haspe!

Also check out Markus report about the construction on: www.Mhueller.dewww.mhueller.de/dieses-und-jenes/its-okay/ 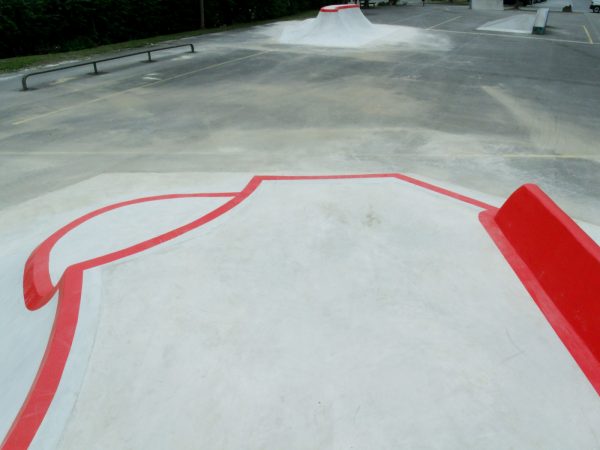 Thanks to Klaas and the Skateboard e.V., the city of Hagen, Dirk Lücke (StudioL2), Janno, Markus and the Haspe Locals.