Finally, in Cologne, at the NorthBrigade skatepark, a new concrete bowl is being built! With the removal of the epic Lohse Ramp, and the construction of the street plaza for the street dudes, there was little left for transition skaters in Cologne, a city of one million people, to skate, until now. With a new bowl about half way finished, built by IOU Ramps and the locals of North Brigade, this is the best thing that has happened for skateboarding in this city. Hope has returned and the future looks a lot more fun than the past…finally. 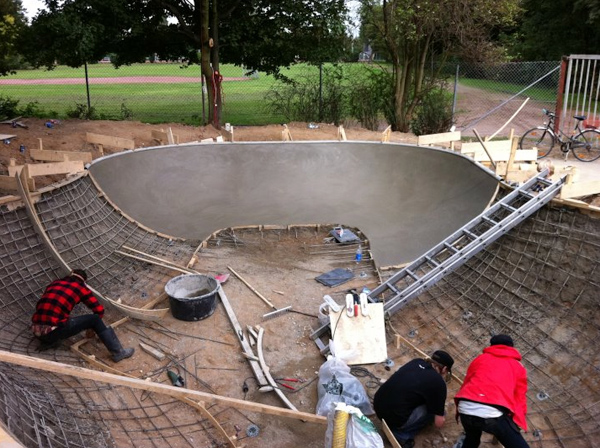 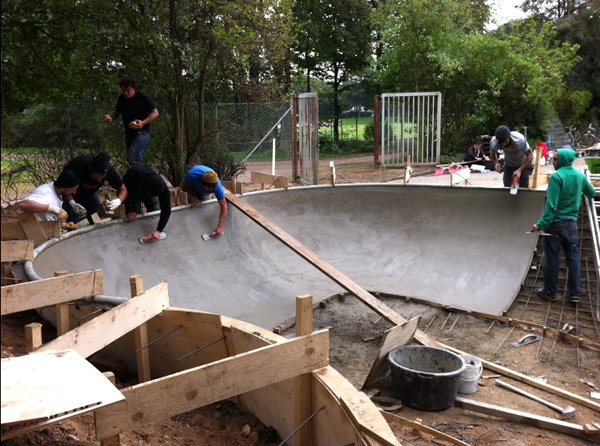