Filmed and edited by Andrew Metzger

I released my last full length video in 2018. That year was a bit of a transitional point in my life. I had some old friends moving out of town and some new friends moving in. I had decided to end Gnarhammered as a board company and to continue filming independently. I had retired my trusty VX2100 and bought a VX1000. I was filming for a video, but had no concrete plans on what I was making yet.

The developing crew at that time was Jeff Rasp, Alder Wilson, Henry Pham, Tyler Yuraszek, Evan Breder, Ryan Miller, and some others. That year I also met Henry‘s hometown friend Matt Iovannone. Matt was also a filmer and worked with Henry on a project called (brokeboientertainment). They were a dynamic duo, Matt filmed and Henry made edits. After a while, we realized we were filming the same people and it only made sense for us to work on something together. At that moment, the (brokeboientertainment) full length was born.

The video was filmed over a span of three years. The core of the group remained Jeff, Alder, Tyler, and Henry. They became the backbone of the video by having full parts. The middle section is a series of split parts, montages, and an FDR segment. The whole thing is stitched together with Henry’s signature interludes. He has a repertoire of video clips, sound bites, photographs, and b-roll blended together into a unique sensory experience.

This was the first project where I was a major contributor and not part of the editing process. It felt weird to work on something for so long and then give it to someone else to finish. It was a bit stressful at times to see how much progress was made versus what I thought should be done. Overall, I trusted Henry and knew the final product would be worth it. And it was.

Even though I wasn’t editing the video, I still wanted to make something. I decided to collect all of the unused clips, second angles, alternate lands, b-roll, etc. and make a bonus video. Something extra for the DVD and to go online after the premiere. Henry and I have very different editing styles and I think they contrast nicely. I decided to go the extra mile and add VHS effects to my video. I’ve dabbled with VHS in the past but not to this extent. I think I spent more time with my box of minidv tapes and my VCR in post-production than I did editing. I’m happy with how it turned out, and I hope you enjoy it too.

The crew on the roof of the (brokeboientertainment) mansion.

Tyler with a frontside grind, Zoli on fisheye.

An amazing abandoned waterslide near Austin, TX. It started raining as soon as we got there.

Alder back noseblunt at the office.

Caroline shooting a photo with CJ for her Skate Jawn article.

Evan and Alder contemplating the spot.

Evan slob plant on the fence, Alder on fisheye.

Alder is just as good at filming as he is at skating. Muppet on the spot for moral support.

As the name implies, ghetto banks is not a place you want to hang out at for a long time. It always ends up happening, though.

Family dinner at the campground.

Jeff risking his life in Tampa for his opening clip.

A lone worker lays bricks at the Hole Bowl as we take runs. 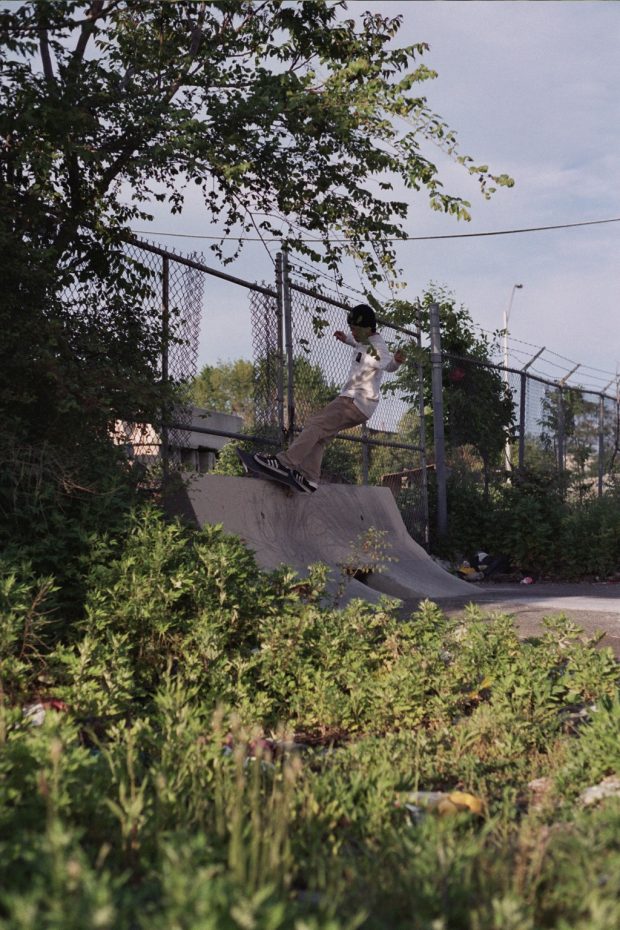 Henry and Matt in NYC. 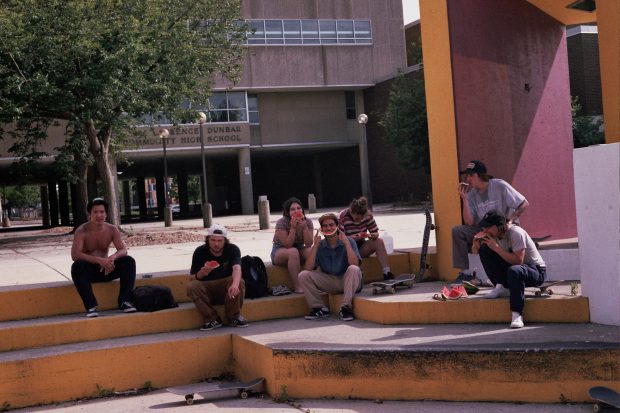 The squad enjoying some watermelon in Baltimore.

Alder pushing to the spot. 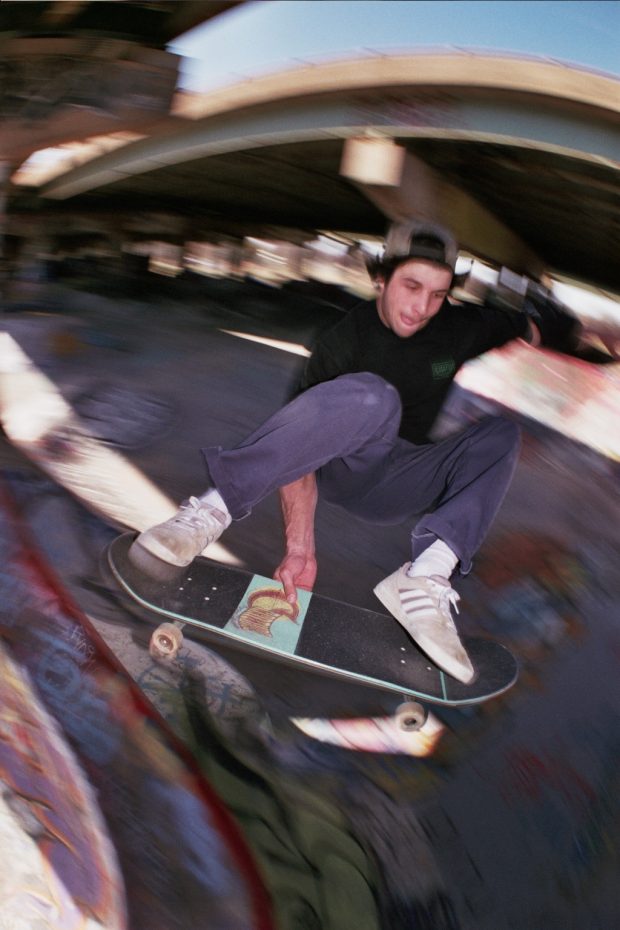 Jordan with a stalefish.

Henry in the park.

Alder with a bluntslide.