Xgames was coming to Norway. “I have to experience this”  i said to my self, quietly almost whispering. Xgames are the devil for my generation, but i did not foresee that this contest maybe going to be the contest that kept skateboarding out of the olympic games?

But why did this contest suddenly became this important to skateboarding in the olympics? Well, Norway is a six month of winter kind of country. And we know how to use a pair of skies, and to win olympic gold medals in cross country skiing and other winter stuff. But you still ask your self why ? You see,the olympic games are having a major PR issue on their hands with all the corruption going on in their organization and how they choose where the games are located for the next games. It’s a system rigged for corruption and we all know it. And Norway just said no to having the games in 2022. And we did not only say no we said “Hell no and fuck your corruption“. That was a big shock to the international olympic comittee. And IOC was hoping by having the games in  Norway they could boost their PR issue since we did the games so well in 1994. We said hell no to them and since then, IOC is trying to woo Norway every chance they get. 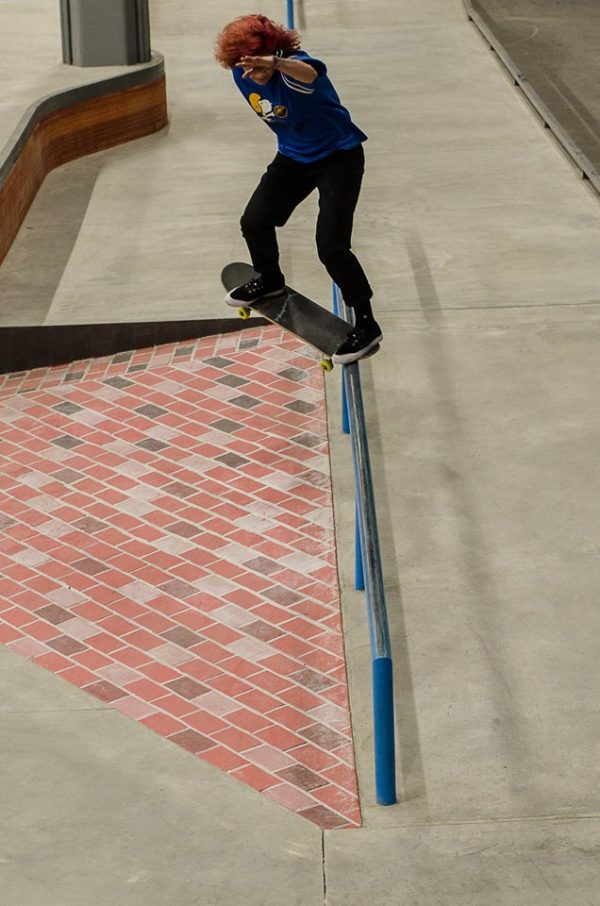 Tony Hawk once said that the olympic games need skateboarding more than skateboarding needs them, and the IOC know this all to well. They are facing a generation that don’t have any interest or feelings toward Olympic games because they never watched it. And they hoped that getting skateboarding into the olympic games would get the kids back into the folds. Facing the loss of a new generation and all the backlash of corruption, the Xgames contest in Oslo was suddenly the big test. And they met Disney Corporation, at it’s worst (or best). Disney owns ESPN who owns Xgames. And they control everything, and by everything it means drug testing too. And they just said fuck off to Norwegian Sport Federation (NSP) to test at contest day.

And the shit hit the fan. Three days before contest day, NSP pulled out of the contest  because of no testing, and they bullied the snowboard federation to pull out of the competition and they implied strongly in the press, that this is a big drug party coming to town. And everybody started flinging shit at each other like the monkeys they are.

But it was a major negative turn against Xgames. The impression Norwegians had was that Xgames are bad guys that do drugs. And the only way they (NSP) could get their message through is by giving skateboarding the old “either you do this or you are out”  routine. But it was a weird experience. The shit storm in front of the games and during the games – a bit like Disney on ice coming to town.

I am no fan of disney on ice or disney corporation and it was only being reassured during the contest. It felt in the end like one big marketing scheme that was very subtle but we were force-fed commercials depending on our income. We were segregated by the color of our pass where you could sit. I could not use the only toilet in house because wrong color of my pass. But then a cool lady offered to walk me to the toilet because she had “walking rights”. Everything was so controlled.

But the skateboarding that was going down was super good. And all the skateboarders were super nice and they really impressed the norwegian kids, their families and media. So it was a hit amoungst the kids and they put shame on NSP and IOC. So their plan to make xgames look bad misfired and when you think of that fact that Disney would get paid for doing this. They received 42 million krowns (€4.5 million) from Oslo city to hold the event. They didn’t spend shit, they got it for free! I think this is the thing that NSP is most pissed off ab0ut. They also signed a deal for five years of XGames in Norway. But NSP is not going to back down next time, so I would not have any hopes that it would be an xXgames next year in Oslo. NSP is known for holding a grudge for a long time and use their power to force / bully federations and organizations to go their way. And they are willing to show their power if they need too and in this case they are waiting for the next showdown.

But if IOC says no to skateboarding in the olympics because of this contest, then there will be a Xgames next year in Oslo. You could either love it or hate it but maybe we all have to, in the end of all this, say thank you to the disney corporation and xgames for keeping skateboard out of the olympics? Now that’s a mindfuck for you.

“Look at all those bullshit advertisers…. and which mega corporate sports company happens to sponsor the three “winners”. It’s an inside job…. corrupt. You let in the corporations… You trusted them. You fucked up.” (ed)