Thanks to everyone who helped, donated, and kept the fire lit.

James. Boneless over the channel.

Stepan Soroka. Stand up frontside grind into the corner. 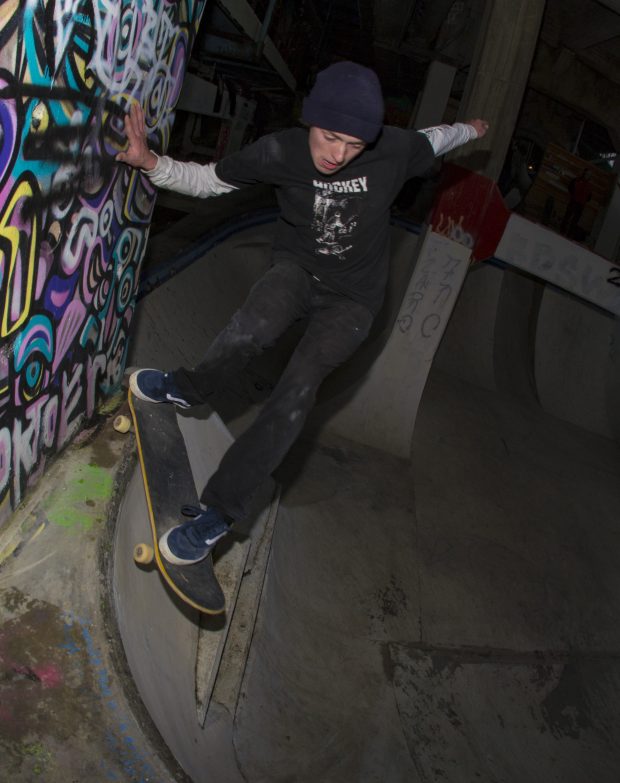 Jeff Muirhead. Backside nosegrind over the doorway to hell.

Tyler Glanfield over Joe Fetnton, like two ships passing in the night.