Forest Row was built about a decade ago by a local pond builder and basically consisted of a sketchy snake run to what can only be described as the shallow end of a pool. To give you an idea of tightness, it’s about 5.5 ft (1.7 meters) high but you can touch the coping with your arm outstretched when you’re standing on the flat bottom – tight!  Then there were rumours of them knocking it down, and then of them knocking it down to replace it with a new boring bowl park. So we went to skate it one last time and there was a jazz festival – and the city councillor in charge was amazed we’d come to skate it and we told her to make sure she keeps the original, but incorporates it into the new part, as it’s a real destination obstacle being so weird! And she obviously listened as it has been expanded – they kept the bowl and part of the snake run and made a load of hand-formed lumps, bumps and a drainage doorway!”  – Sam Roberts / www.florecast.co.uk

Forest Row will be open next Wednesday, April 23rd. Sorry for blowing it out.

Panorama of the additions to Forest Row with the original “bowl” in the far back left corner. 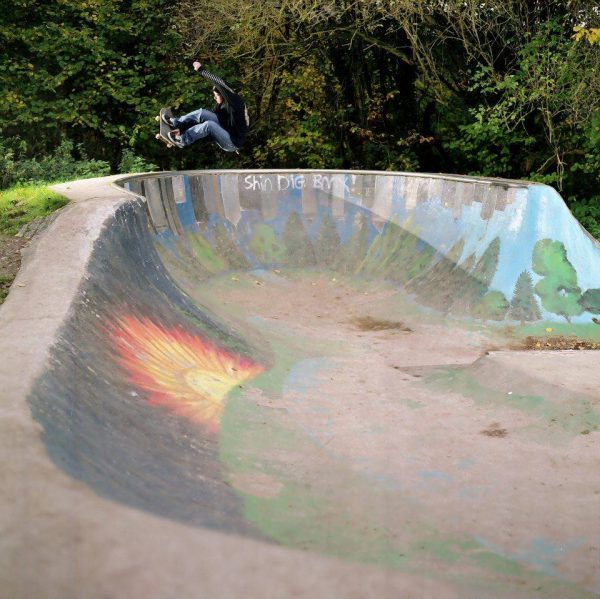 Another view through the fence.