“From the east coast epicenter of creation and bad ideas came the decision to once again answer the question of, “who would come out on top, the focused and sober, or the reckless and wasted”. FDR’s demon child of a contest Sober Vs Wasted returned this year with a vengeance. With the momentum of progression the park has built up this year between the completion of the new bowl and the young blood of the scene chasing glory harder than ever there was without a doubt a storm of utter destruction on its way. The word of battle spread even further this year pulling DIY slayers from areas stretching as far as Massachusetts, Virginia, and Colorado. As the sea of people began filling the decks and the sound waves of heavy metal bounced around the walls, the park soon became a post apocalyptic colosseum.

As the underground gladiators of skateboarding turned up the volume of chaos there was no bit of tranny or pool block left safe even during the warm ups. The format of the showdown was to bring each team out for a solid 30 minute open jam of absolute destruction. After each team had their time the judges, who sat in a ten foot sinister looking makeshift judging tower, decided on ten warriors to bring back for the final round. This time each skater was given 5 chances to put down the heaviest single run they could with no time limit. As each run began, our maniac MC of the day Johnny Mateu yelled out, “The park is yours”, with the only rules being: skate until you fall, and overcoming all forms of fear. This was the pinnacle of DIY skateboarding. No corporate sponsors, no permits, and nothing to get in the way of purely raw skating. Between the nonstop annihilation, music performances from skate bands McRad and Under I-95, all the drunken beer, high fives, and cheers of genuine amazement, this was one of the best skate events Philly and maybe even the world has seen. Long live FDR.” 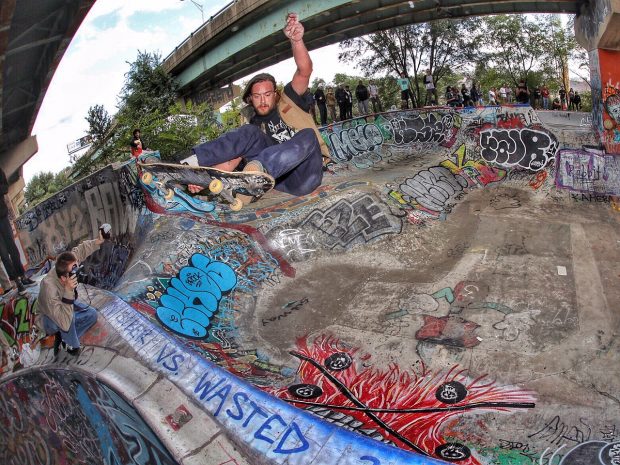 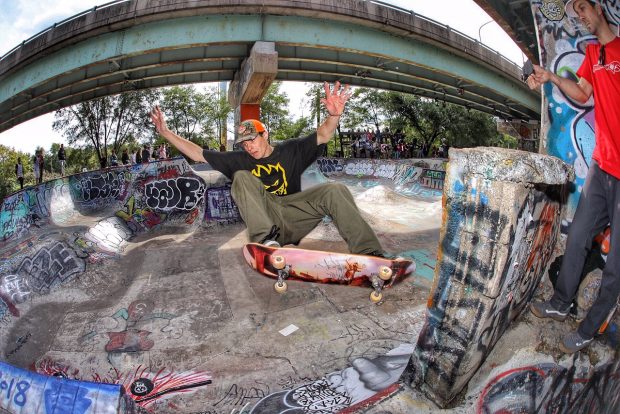 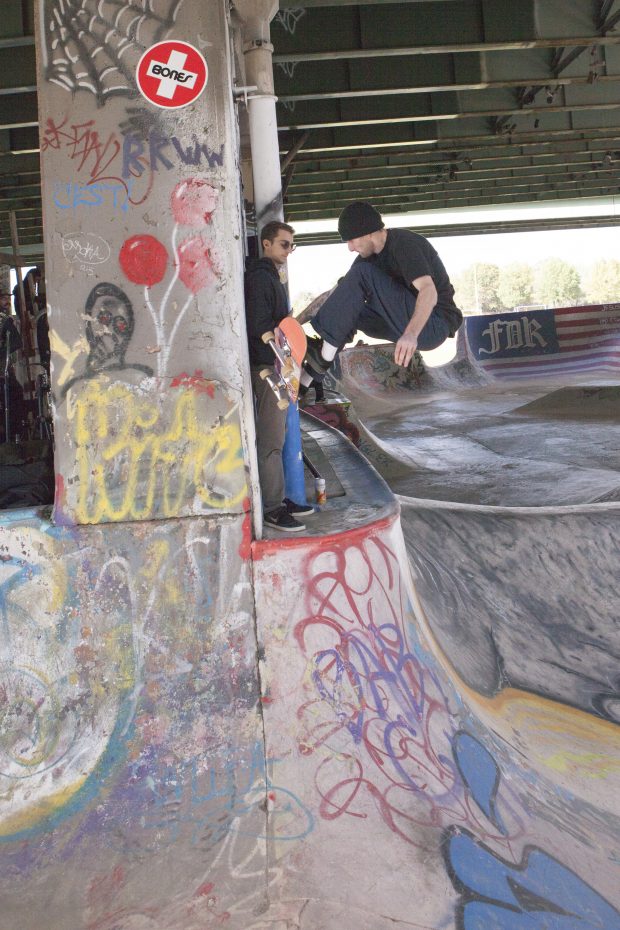 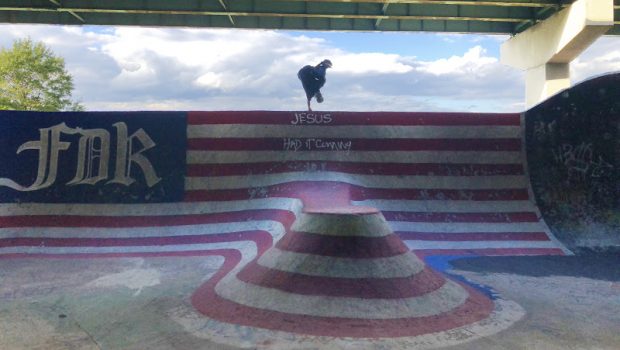 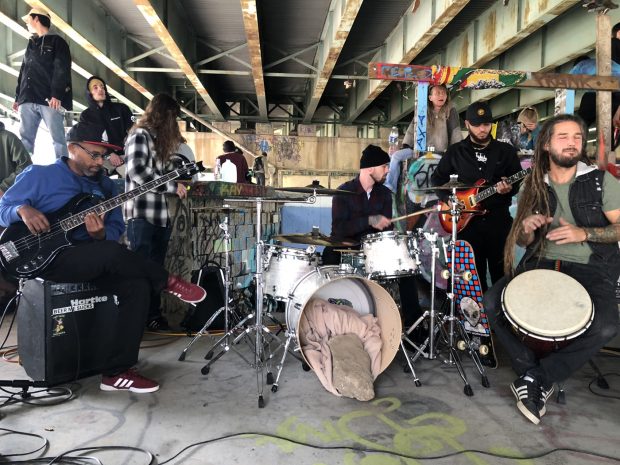 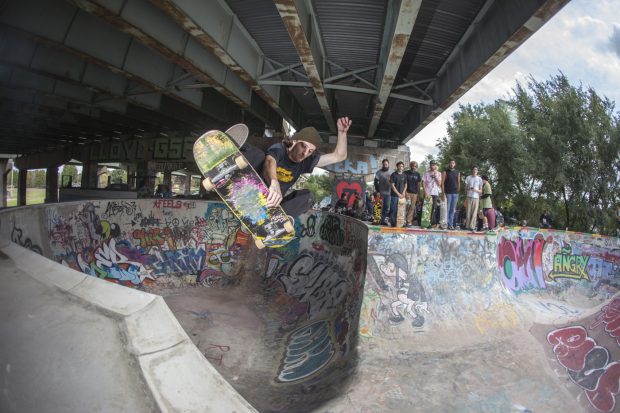 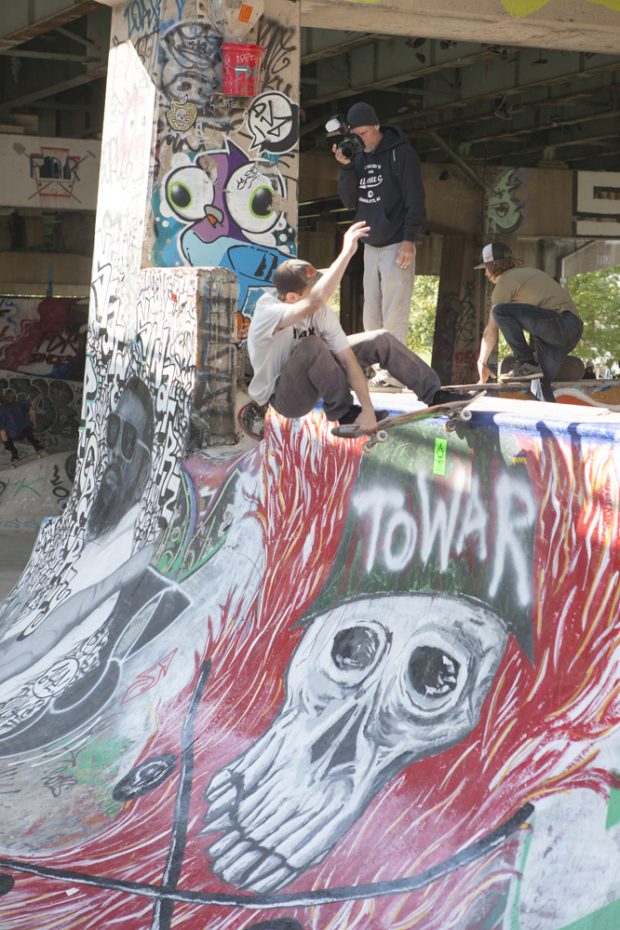 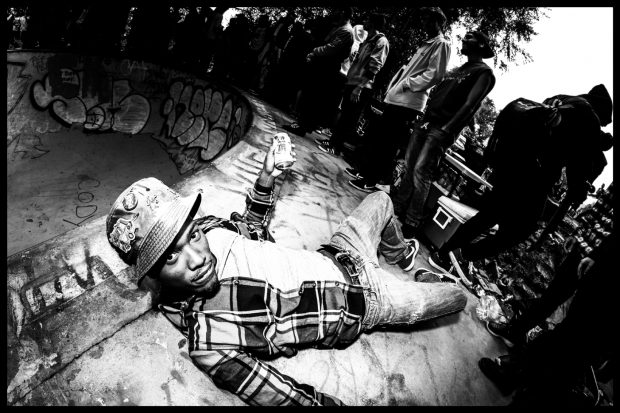