As two 17- and 19-year-old kids it’s kind of weird owning a skate shop in the middle of nowhere. Having a shop in Helena, Montana is the equivalent of there being lava in Antarctica, that’s what we thought at least. Now, before I take y’all into the guts and glory of accomplishing a little dream of ours, I need to give some back story I suppose. My names Jake Orgeron and my business partner, if you can call it that, is Levi Metz, I say “if you can call it that” because we’re more friends than anything. Now y’all might be wondering how we pulled off starting and running what I hope is a legal business at our age, and I’d be lying to all of you if I said I know how… BUT what I can do is tell the stories of what happened before we could finally say “we are open.” So, it all started early August 2021, when we were out skating one day. My dehydrated ass was 16 at the time and didn’t have a car to get water so Levi and I made the homie Eliza give us a ride to Starbucks. Now if I’m going to be completely honest, I don’t know how the conversation of opening a skate shop started but if I had to guess it was most likely something along the lines of “damn, I wish there was a shop here, so we don’t have to drive two hours or wait a week to get a new deck.”

I know some of y’all from big cities are reading this and probably wondering why the hell we would need to drive two hours to get new shit, the short answer is, there wasn’t a skate shop here, and I don’t mean just in Helena, I mean in the city next to Helena and the city next to that one. Literally the closest thing to us was two hours away. So, after our groundbreaking realization that we were going to be the people that finally open the skate shop everyone at the park has been desperately begging for, we got to work. Every single day we were working various jobs saving all the money we could so we could put up some type of down payment on a building, writing business plans on top of business plans at Eliza‘s house, a very unhealthy amount of $1 Burger King cheeseburgers, days on the couch and nights on the couch laughing with friends and constantly skating around town to somehow preserve money instead of spending it all on gas. Then out of nowhere the day came where we found the building we loved for a price we could kind of afford.

Some of y’all might think the story ends right there, but no, this shit took a massive turn. So, we’re in the building that we like for two weeks getting ready to set up shop and order inventory then all the sudden BAM! The landlord decided last minute we aren’t the right fit and if we wanted to proceed with this, he was going to need four month’s rent along with a $3,000 down payment. That man knew damn well we didn’t have it like that. But that didn’t stop us, the next day we found a building and got to go check it out.

We were so nervous we were going to get played again, but the second we stepped into the building it’s almost like our landlord was giving it all away, she never asked for our business plan, monthly salary, credit score, NOTHING. She simply said she liked what we were doing and was willing to help in any way possible. I didn’t even need to convince her to give me the keys, she just did, that same day. What I’m getting to is, if Levi and I were able to start a business with the small amount of money we had and the limited knowledge we acquired, at this age, then nobody should have an excuse for why they can’t start a business. We have a great community and many people willing to throw in a helping hand if we ever need it… and the rest is history. 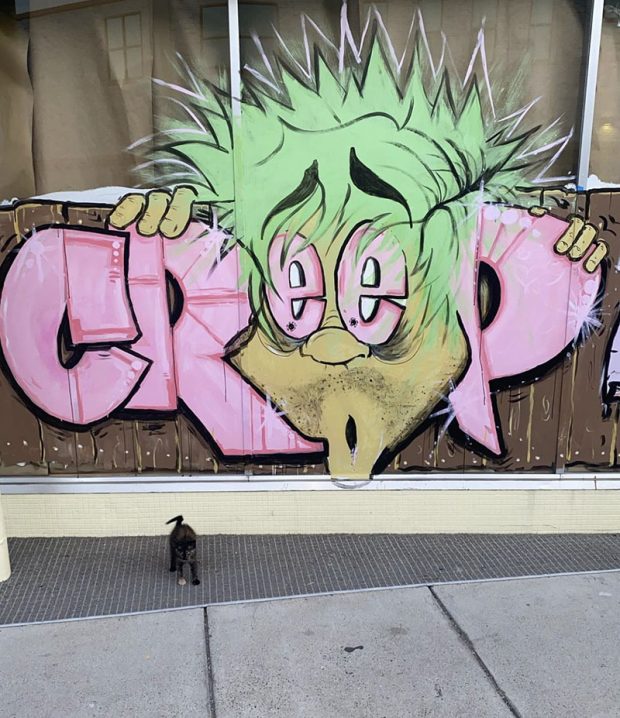