Dan Pinder is an 18 year old skater from Fargo, North Dakota. He doesn’t like contests. He just wants to eat, skate, and shit for a company, and hopefully that is good enough!

Is there a lot of concrete to skate in North Dakota?
There’s some street spots! But we have a sweet concrete park that I’m at everyday!

What about DIY spots?
The only DIY we have here in Fargo is A bowl called the Hawks Nest! A couple of the older rippers built it this year!

Why don’t you and your friends make some diy spots?

One time me and my homie Tanner planned to concrete a barrier, so I decided to start it all on my own to surprise Tanner but the day after it all dried and hardened we were going to skate it when this dick head came out with a hammer and just destroyed what we just built. It was great. ha

What’s the skate scene like in general in North Dakota?
It’s alright, except for a lot of younger kids starting to scooter. Scooters suck.

It’s cold there in the winter, so then you have to skate indoors right?
Yep! once the snow stays it’s kind of hard to skate outside so usually I go skate the mini ramp that the local shop built or I go skate the Hawks Nest with my homies Becklund and Kuhn.

Is it hard coming up in ND without being a contest junkie?
Definitely, Especially if you  skate a lot of tranny. A friend of mine Luke Hampton is starting to blow up due to contests. But I’m not down for that shit. I just want to skate, eat, and shit for a company and hopefully that’s good enough to stay on instead of contests.

What are you going to do about it?
I’m just going to do what I do and Skate! Not making skating a  job!

Who are your influences as a transition skater?
My homie Kuhn has helped me with skating tranny over the years by hyping me up a lot and getting me trying new shit! But for more known skaters I’d have to say Ben Raybourn and Sammy Baca definitely get me excited to shred! Cannot forget Lew Ross! Lew is always hyped on new shit I send his way! 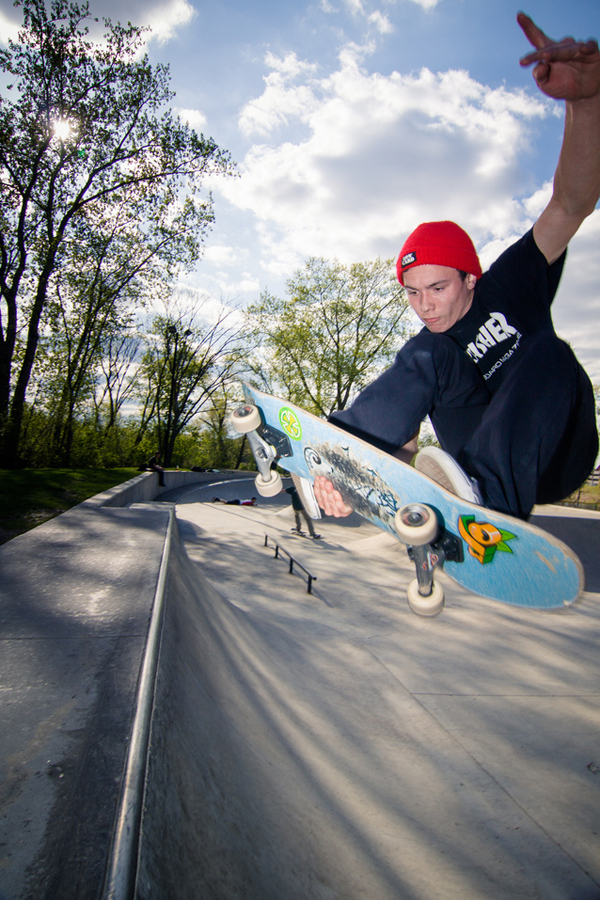 Do you consider yourself “Old School“?
PSHH I don’t know. I consider myself ME!

Do any of them support you?
Aerial action sports is Dave Hackett‘s company he put me on the start of last summer and has been hooking me up with wheels and other products when I need them! And Fickle Skateboards! Fickle Is the Raddest!  ALL DIY out of Ohio! 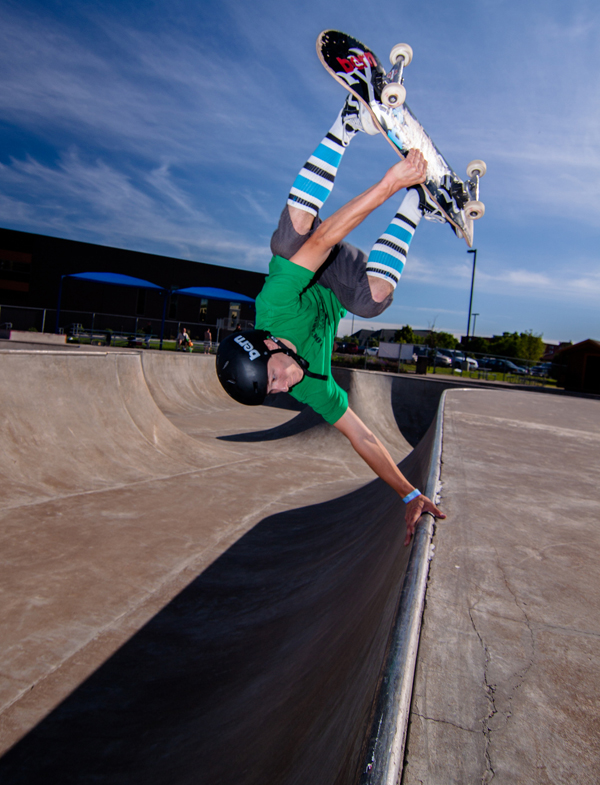 Where do you want to travel within the US?
Portland! But I need to get out to Ohio!

Where do you want to travel outside of the US?
Europe!