Mike had this one going for a while and was one hell of a host. You can only imagine the look on the landlord’s face when she came by to show a potential renter a room and saw the pool drained! Lots of action went down at this gem in West Covina. Rhino from Thrasher came by with a crew including Grant Taylor and scored the cover for the 30th anniversary issue. The night before Mike got the boot, this session went down – Johnny Abernathy, Ben Butler, Erik Peters, and Robbie from Pedro. 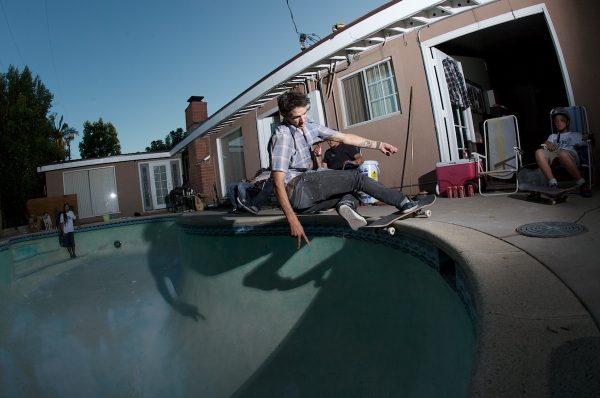 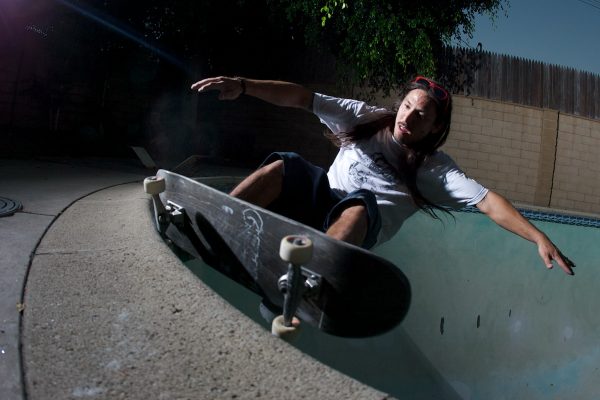 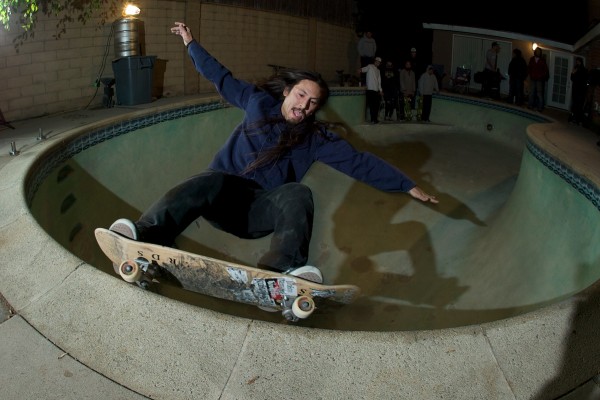 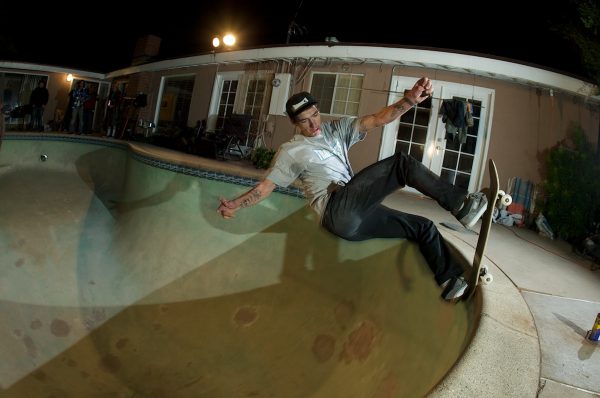