“I’m always happy to be involved in such a rad community event run by a good group of people. Great event, great day with the band, and the skating was ridiculous. Everybody killed it – the kids, the girls… the level was really good and the atmosphere even better, plus the abundance of fantastic german beer! I hope they can keep the Lohse parties going every year and grow on it, they have a great spot and ramp and community. Yeah Lohse crew! Thanks Tim and Lennart and Tobi. See you guys next year. Yeah!” – Rohan Anderson 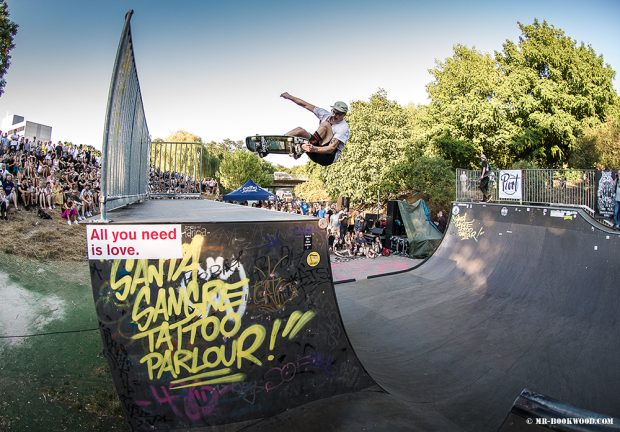 Nils Neumeyer. Transfer from the spine to the extension over the gap

Ole Bustnes. Sweeper on the extension 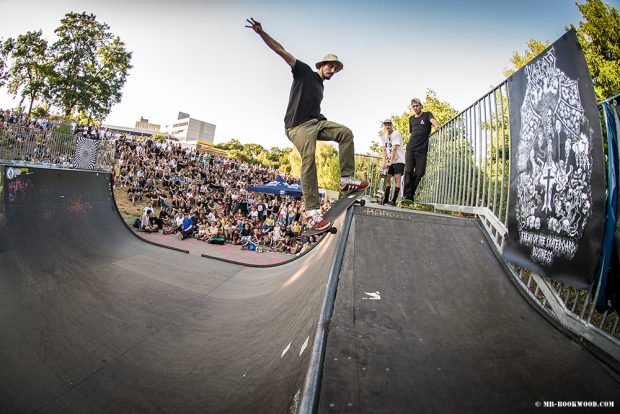 Nils Neumeyer. Front smith from the extension to the escalator

Tom Schulze. Stalefish off the hip shot from the hip

Luca Windhund Fischer.. Transfer to fence pole ride down to deck to roll back in. Not sure if this was the make, but he made it