“We built the bowl with an association we created with two friends called M16 L.P.T.B. This is the first bowl we built that was legal but we have been building diy stuff since 2006 in Grenoble, the city where we come from. All the concrete for this bowl was make with a little cement mixer and projected on the trannies with a shovel, no machines. The pool coping is real pool coping, not make for skatepark coping. We were only three people working on it, plus some friends and kids from the town who came and helped us.”  – Cho Sept / M16 crew

I asked Cho if he considered this a “D.I.Y” project. He answered, “I don’t know if you can call it DIY because the city asked us to do it and paid for the materials. But I would say the way we did it was kind of DIY“. 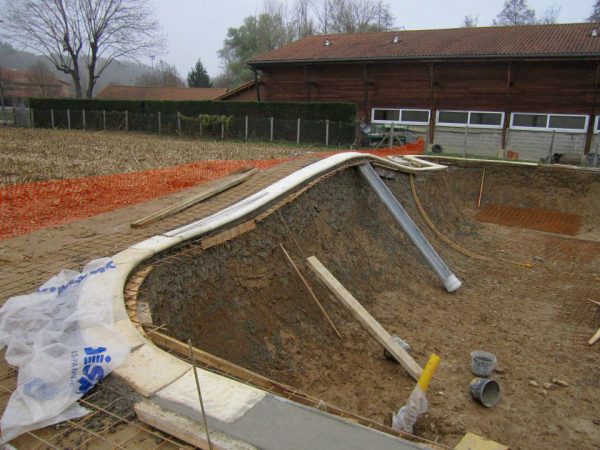 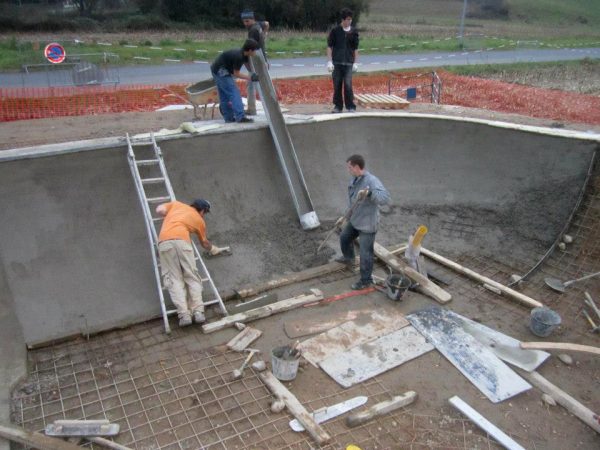 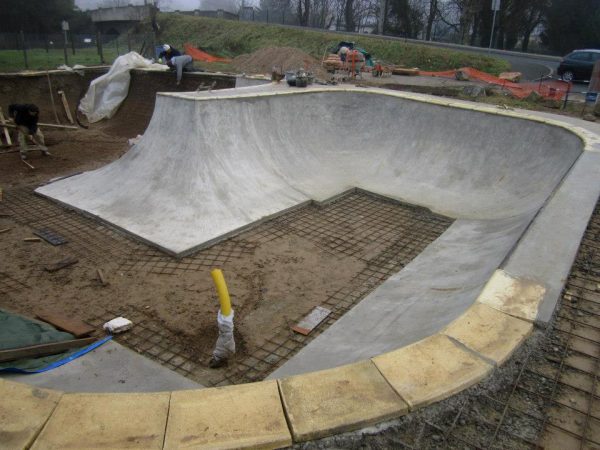 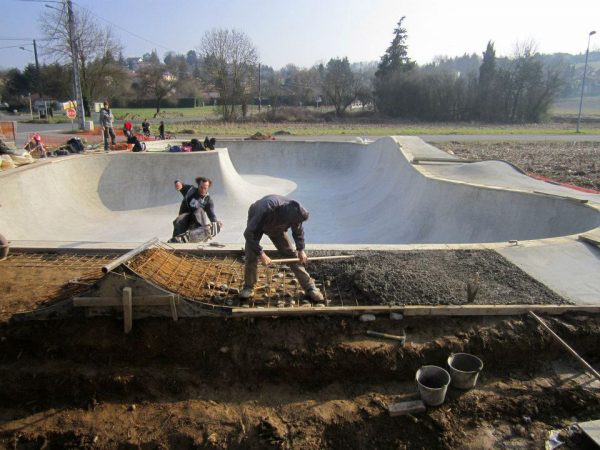 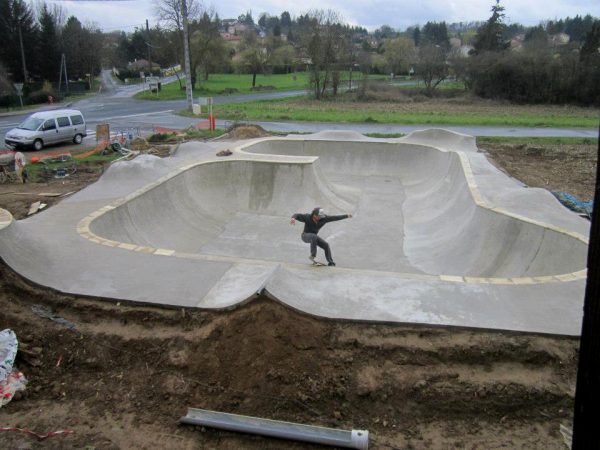 The bowl is about 20 minutes north of Lyon, in eastern of France. The park will be officially open May 25th, with a free session, bbq, skate demo, and music.