DC decided to go on a camping trip with the UK team around the west of the UK, hitting DIY skate parks and bowls. The trip included Sam Pulley, Matt Beer, Cian Eades, John Bell, Josh Arnott and Sam Murgatroyd. We wanted to go off the beaten track of the normal skate parks that are out there, and skate some places that are built by hand and might not be totally perfect to skate.

Josh Arnott. Ollie into the Bank

Sam Pulley. Nose bonk tailgrab on and over the bin

We started at Urbside, after DCs 25th birthday party in Hackney, which is a cool DIY built under a bridge in Essex, it’s a bit rough but it’s a super fun place to skate and camp. Was a great start, other than John Bell ballooning his ankle.

Getting ready for the ride

We then drove to North Wales to Rob’s house, where he has built a kidney bowl, this thing has serious amounts of vert for the size of it and is seriously hard to skate. This is what makes it so good as it’s not easy and it’s a proper challenge to do anything in there, even a scratch is great. Rob’s place is super cool, and we’d love to thank Rob and his wife for hosting us and the delicious food, it was banging. If you ever get a chance to skate this place I highly recommend it, as the location in itself is epic. Rob took us to a local stream with fresh water, for a post skate swim, it was seriously cold but an epic place to have a dip.

From there we drove down to South Wales through Snowdonia to skate an old half pipe that’s on the sea front. This thing is proper haggard but in an epic location, worth a visit if you can find it.

After that (and after John Bell had had his daily twenty tinnies) we went into the valleys to skate a couple of perfect marble benches – Josh and Cian killed the benches, nice to get a little bit of street in that no one has really skated before. 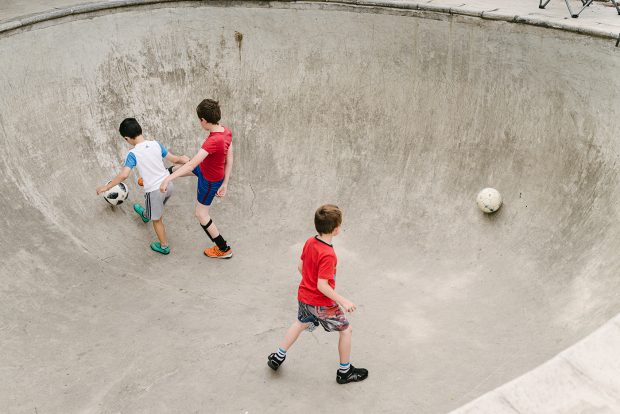 Soccer tournment in the bowl

Matt Beer. Waiting for the kids to finish

We then went up and stayed in one of Dainton’s secret locations, it’s a lake within a moor like area, super warm to go swimming in and an epic place to camp and wake up to. I was particularly proud of making a Masala on a camping stove, it’s not every day you get a curry whilst camping. 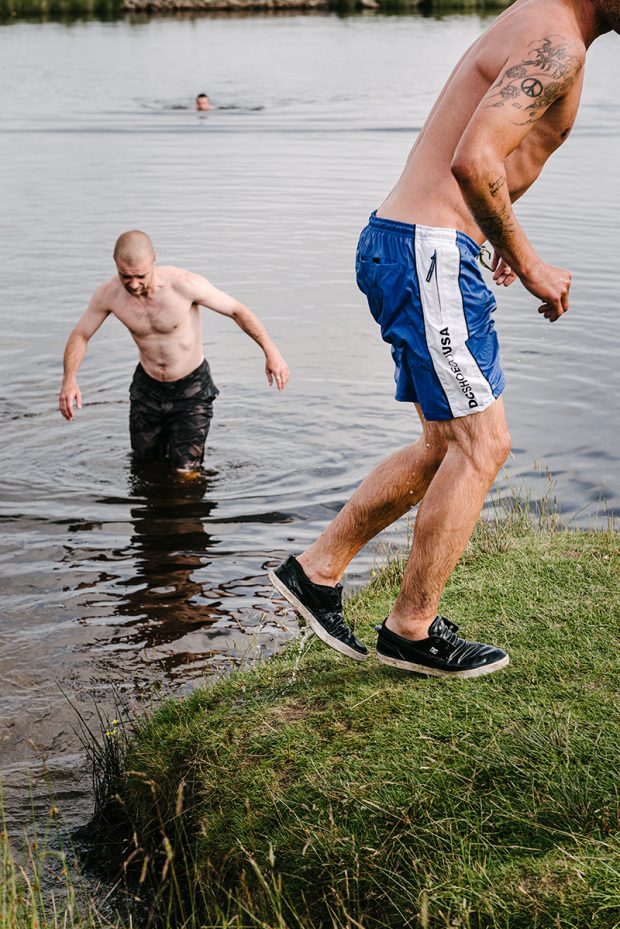 After a refreshing swim, ready to skate again

After we woke up here we went to a pump track – these things are super fun to just bomb around. We then headed down to the Farm bowl down in Devon. Once again this is an epic place and location, the boys that built this built one of the best bowls and finishes in the UK, that I’ve seen. It’s a cool place to skate, camp and have a BBQ. Thanks Rob for hosting us and your hospitality.

Rob’s was the final spot and after this we parted ways, and returned to normal beds. All in all an epic trip.