Returning for its 18th year, the annual American Nomad Skate Jam went down this weekend.  Packed fully with booze, skateboards, tents, and tuxedo t-shirts, friends from all over the country joined in on the campout and barbeque, which this year featured the marriage of American Nomad owner, Bill Danforth, and Christa Danforth.

The wedding ceremony, led by Chuck Carson, perfectly wrapped up the event and in true American Nomad style, took place just feet from the DIY bowl.  Of course what followed the ceremony was more skating, beers, and all around good times.

Founded by Bill Danforth and Jay Kelly in 2003, American Nomad set out to give skaters all they ever wanted – fun skateboard shapes.  19 years later, the mixed team of younger and older skaters all mesh together to make one big American Nomad family.

David Lafreniere. Roll in off roof 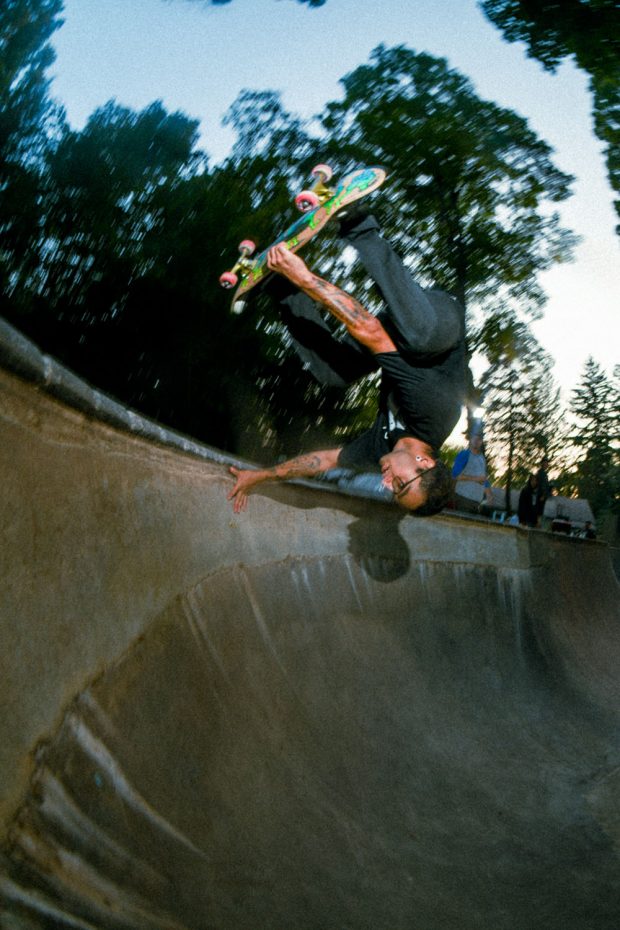 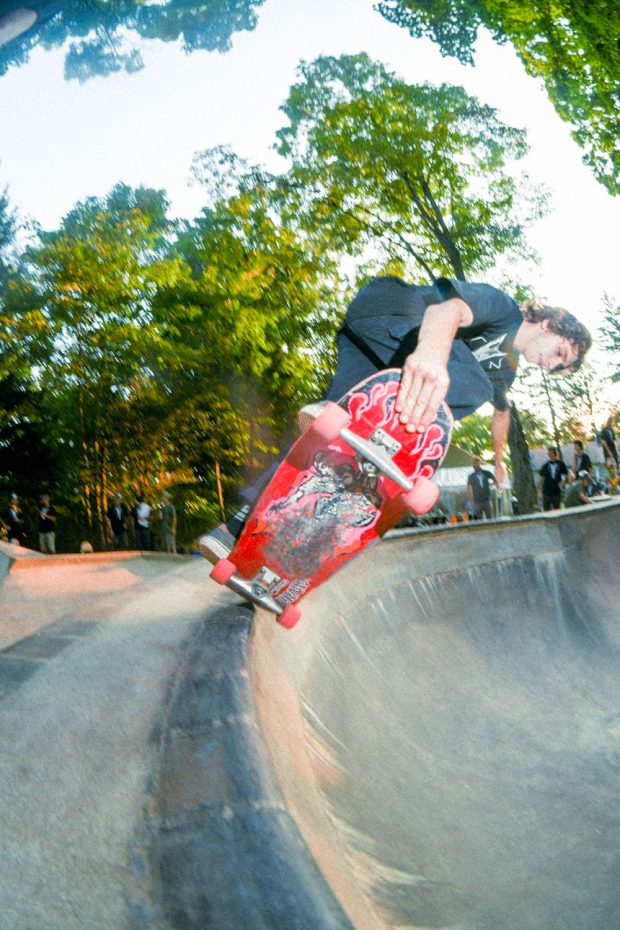 All photos by Caleb Whelan