At least once a year in South Australia, Simon Sac puts on an event, this time it was different, instead of a ramp jam at West Beach, he put on a pipe jam out at a pipe in the desert.

We started talking online about who was and wasn’t going, car looked less likely from Melbourne so I grabbed a cheap flight. We met up at Wilbahs, a local legend from the 80’s, five cars full of old crew from NSW’s VIC and a few locals, with a few groms coming along for the ride. 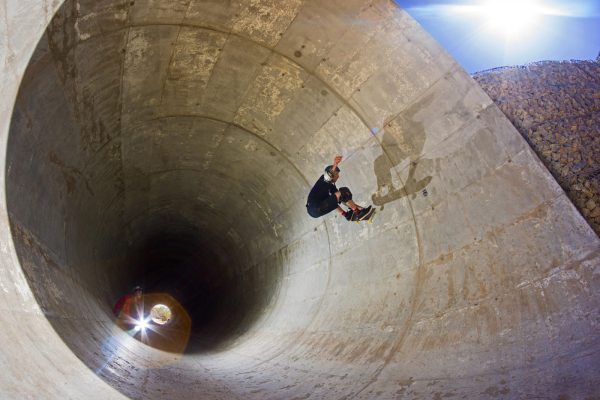 About a four hour drive outta Adelaide and we turned off, in front of us was a 150 meter pipe around 19 feet high, the weather was perfect – no gnarly heat – so the sesh started after we’d swept it out.

Local Tommo and his son were killing it and Sac at 50 was doing 10 to 10:30 o’clock, with everyone flying down the pipe full tits was gnarly for me taking photos.

Night sesh was sick with lights lit up and everyone shredding while having a few snags and brewskies around the fire. Highlight round the camp was Wilbah having too many and falling over in his own piss, then for him to climb up to the top of the pipe for others to rescue him only for them to fall, and not him.

After a bloody cold night where my balls near froze and hearing screams of madness, the seshs started around dawn, the shredder on Sunday had to be Billy Harrison from Frankston, big nose boned airs over vert and a full cab, with all the skaters going bigger and bigger Tommo hit over 11 to prove you ain’t old till you quit.

The heat came in the arvo, so it was time to pack, a weekend to remember for sure! Till next time…

Billy Harrison getting tech with a half cab ollie.

Lunchtime break in the shade of the pipe. 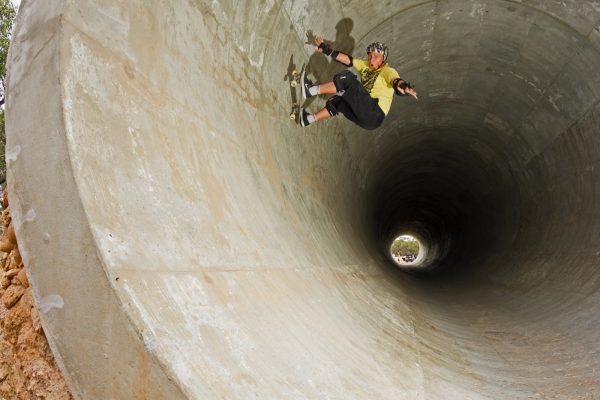