These things have been around for years… 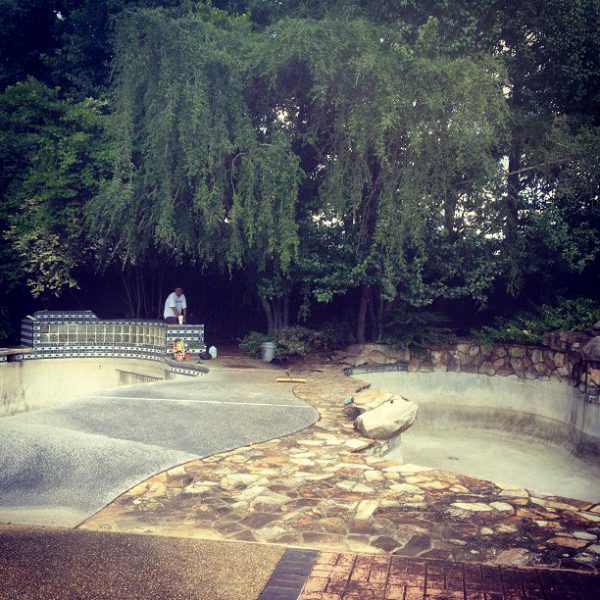 Jerry and I rolled around the water in the bottom of one three or four years ago and decided it wasn’t worth the effort to bail the foot or so of scum out of it. I’ve heard that others have made the same decision….bail it, take one run…screw that! It’s not that the transitions are bad, they’re pretty good actually, the pools are only about five feet deep though so there’s not much transitions at all. 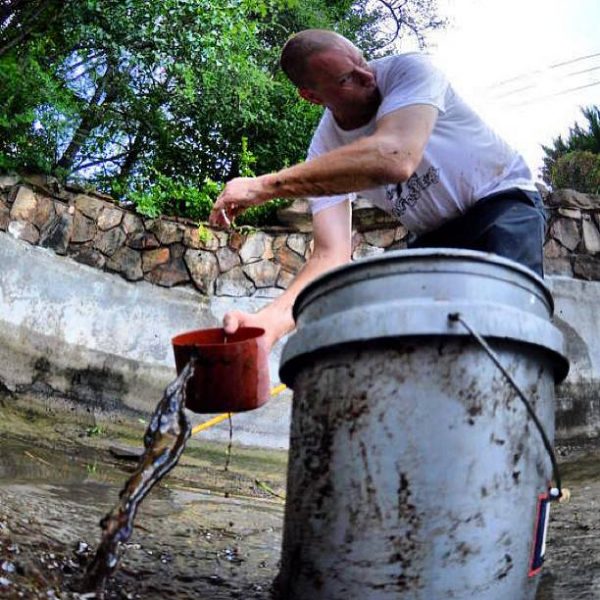 Dave, originally from England, getting down and dirty in the South.

I got the word from Nick that Shawn and the “Mosaic Artiste’ to the Southern Stars“, Woody had skated one of them and were going back for more!

What used to be a pool company with  demo pools out front is now an “Alarm, Security Systems Business” that is closed on Sundays. There is a Church holding services in an office building next door, but other than slowing down to eyeball us no one said a thing. 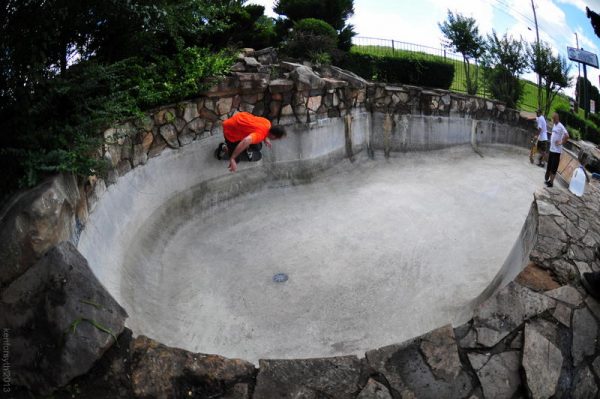 After looking at the other pool’s transitions everyone figured it would be worth it to clean that one also, so the following Sunday with Dave in tow we started early and got in there and removed the “island” of muck and cattails and foliage from the bottom. The first pool had quite a bit of water in the bottom from the rains through the week and Dave wanted to skate that one also so we bailed that one as the other one dried out. Just as the last bucket of water was removed from the pool an alarm on the outside of the building goes off! We grabbed everything and split!  Since the alarm only rang out for a few seconds and then shut off we decided to chance it and return after getting lunch… too much work to not even get any rides!  Turns out it wasn’t as good as the other pool, but how many times do you get to skate two pools in the same place on the same day? 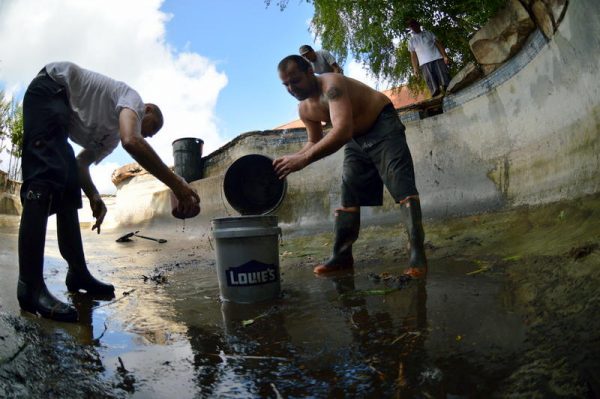 Bailing out the soup. 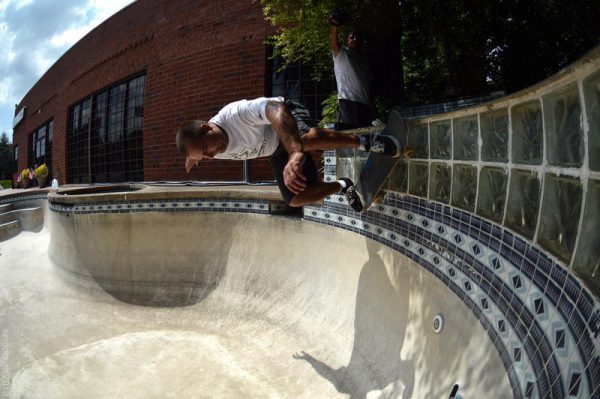 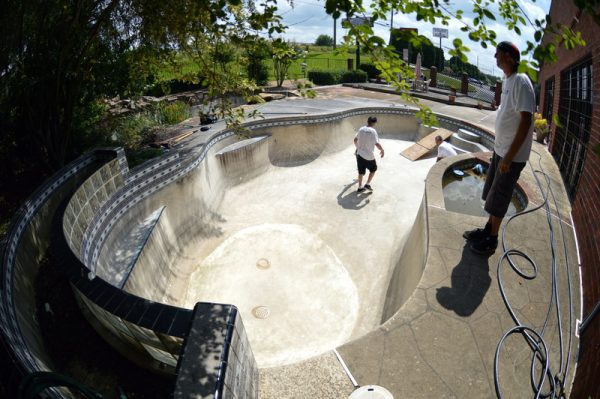 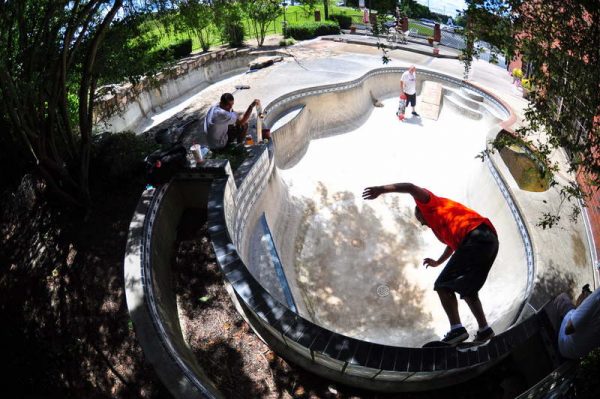 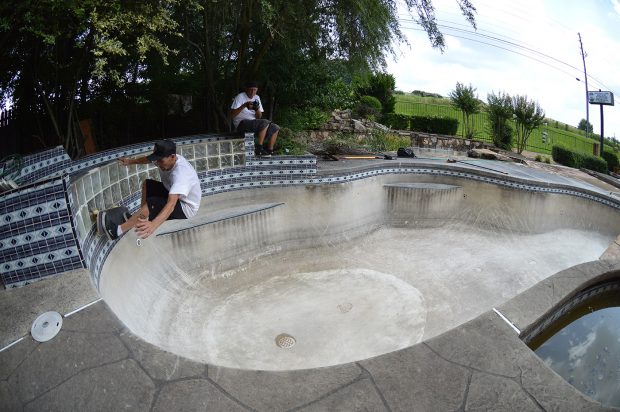 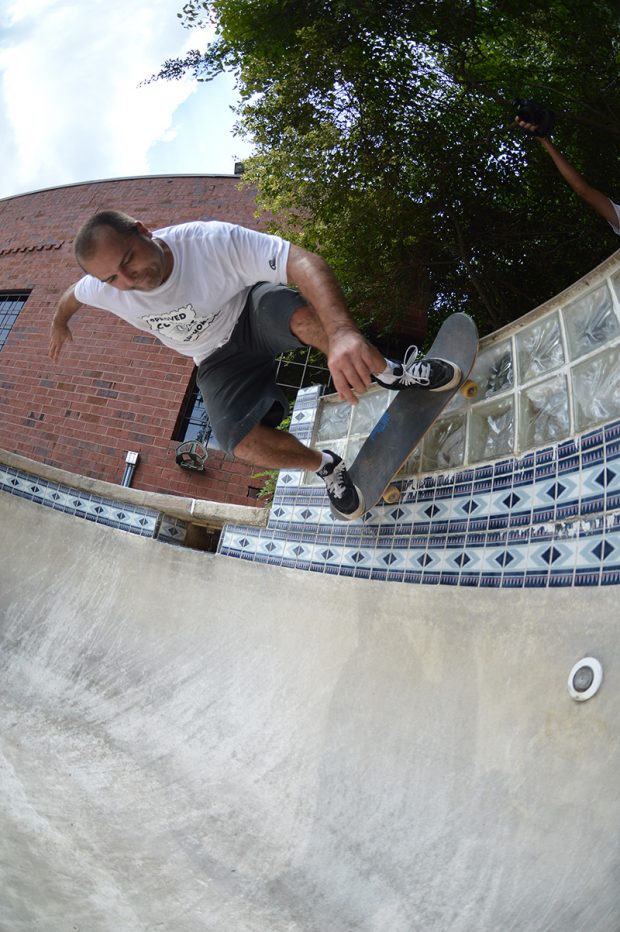 Overview of the Alarm Pools.

Shawn. Alarm Bowl. Over the stairs. Video by Ken Forsyth