A long time ago, in Antwerp, Belgium the Back to Old School III was due to take place. Jason Parkes met me at my apartment in Cologne with his son Kilian. We got in my VW van and drove the 2 hours to the skatepark, where Lester Kasai and Mark Partain were warming up the day before the contest. The last few days had been raining and the park had just dried up when we arrived and was practically empty, except for one of the best pool skaters in the world, and legendary 80s vert and concrete park dominator Lester Kasai. Everyone was mostly saving their energy for the next days’ contest so we stopped skating early and went to the open air / tent bar next door and took down a few Duvels for €2 each (in America they cost about $5 each), along with Sasha Steinhorst and a few local dudes from Antwerp. 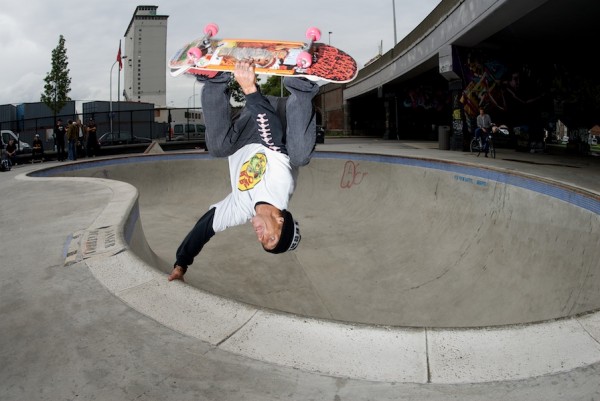 Mark Partain throwing up an invert in the empty 'backyard style pool'
the day before the Back to Old School contest would begin. 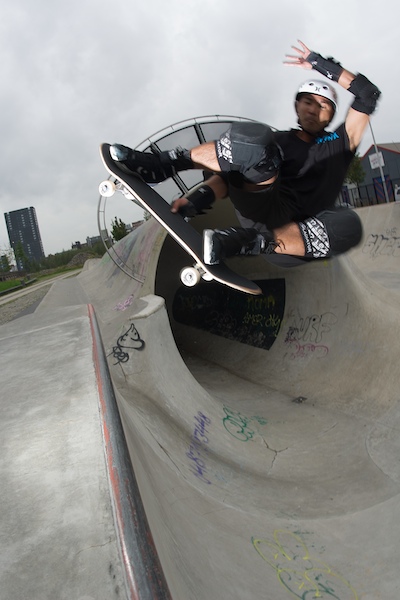 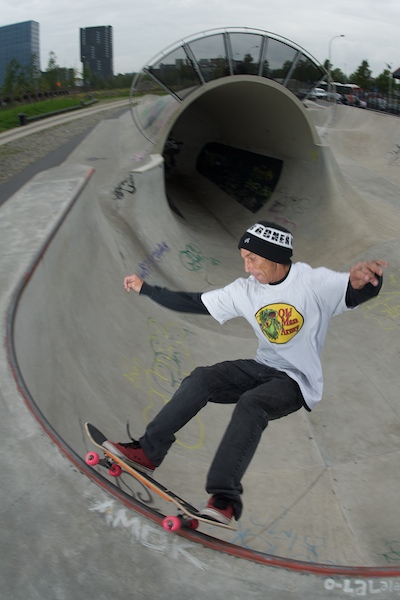 Mark Partain. 5-0ing the vert corner of the 'street course'. 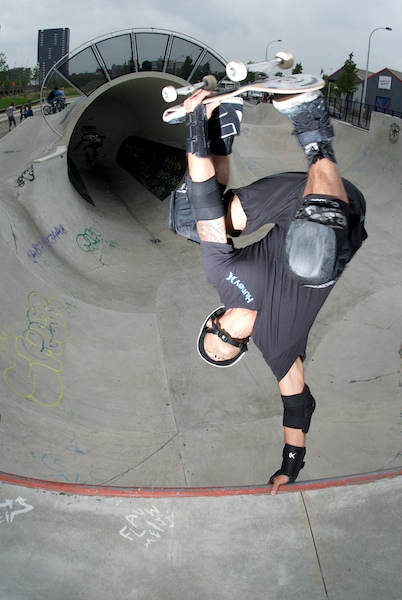 Lester Kasai, Sasha Steinhorst and Mark Partain. Enjoying some Belgium Beers 100 meters from the skate park.
Where the weekend began, and where it would end... 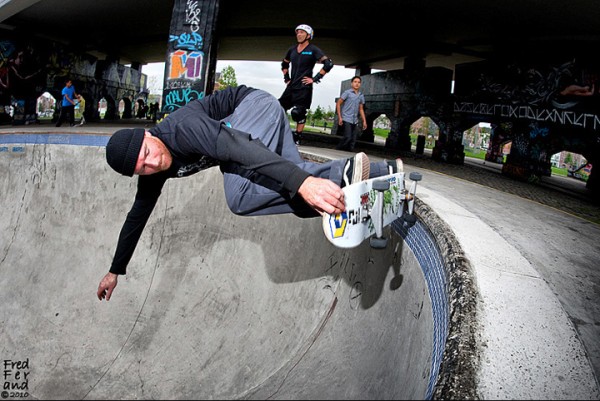 Since the skatepark was empty, except for Lester Kasai warming up for the next day, Haywire decided to take a break from the camera and scratch in a few grinds himself. Photo: Fred Ferand

After a few beers I found out Antwerp’s CONCRETE FARMERS were bringing a generator over and having a night session. By the time we managed to get out of the bar, it was dark, and we somehow managed to miss more than half the session, even though the skate park was less than a 5 minute walk away. My photos pretty much sucked so I gave up and me and the Farmer’s headed to town. We went to a bar, got kicked out and then walked through Antwerp’s red light district, and to another bar, and… I think another… and then it was time to sleep. Yoeri climbed in a boat in a canal, Koekie disappeared, everyone else had already headed off in their own direction, and then there was me, suddenly alone, in the middle of a big city, and having no idea how to get back to my van that was parked in front of the skatepark. 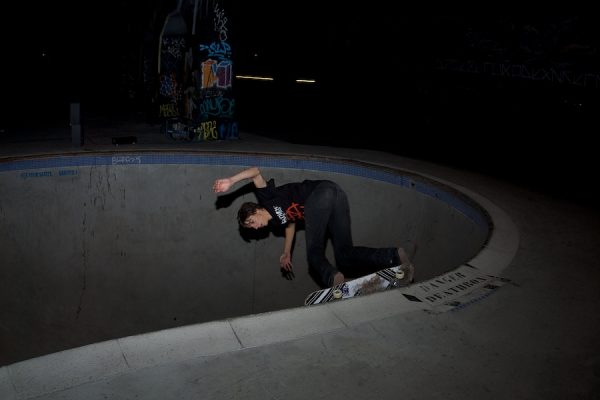 Quentin grinding over the death box.

Koekie aka the Wizard and Benny Ceupens enjoying the night! 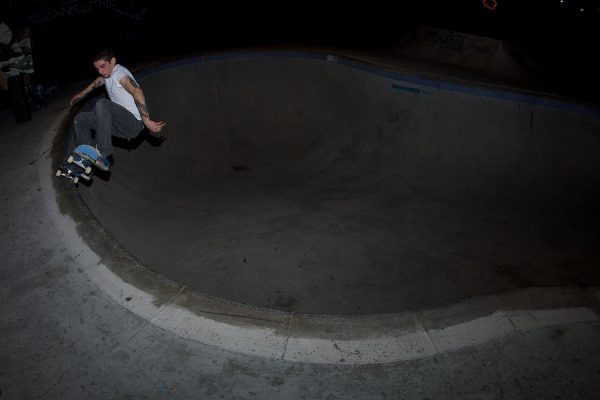 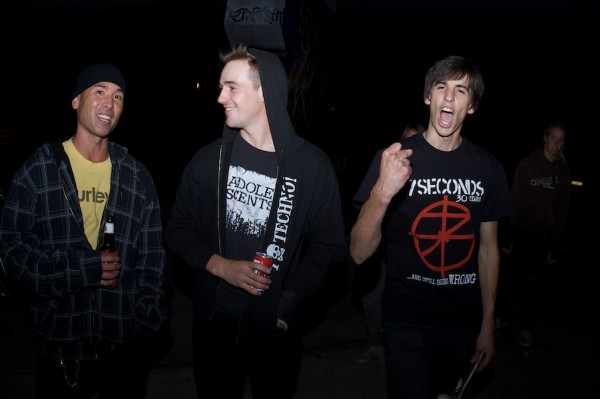 Lester Kasai, Yoeri Vromans and Quentin.
One of these guys is heading for trouble, and it's not the pro-skater or the straight edger.

I wandered the streets for hours, I don’t mean that as an exaggeration… 6 hours later, after asking at least 20 people where the new skatepark was and getting on buses heading the wrong way (perhaps to an older skater park in town), I finally saw the bridge and the distant shape of the full pipe looming across the park I was walking through. I had crossed 4 bridges, been picked up hitchhiking by a dude drinking a bottle of vodka, who finally went into some kind of all night bar and I slipped away in the other direction. I ended up in the heart of down town and finally went to the tourist office where they circled the location of the skatepark. I arrived back at my van (home sweet home) about 9 in the morning, after walking since 4am. People were already skating the park, and I tried to sneek back into my van unnoticed and get a few hours of sleep… the blazing sun woke me from my slumber around 11 and a new day began. “fresh, dressed like fifty cents
clean and awake now I’m ready to commence, spark up the caffeine and nicotine binge, and that’s pretty much the pattern of how the day begins.” Coming next, Back to Old School III photos and video. – J. Hay