“The idea behind the Brats & Beers skate Sesh was to celebrate the launch of my Old Man Army guest deck, Mike, OMA co-founder, was paying for the brats, Carlsberg offered a few stacks of brew, and Carhartt was happy to let us use their more than sick Pirate boat bowl in Hossegor… nothing more was needed to get the session going and sharing good times with a few old schoolers and some up and coming young bloods!

For those who already had the chance to skate the Pirate ship bowl, they obviously know that it´s not the easiest spot to skate, so the best way to get the max out of it is to gather a few hungry rippers together on the deck to build the motivation and power the tight trannies demand – and motivation we had! It was good to see riders of all ages pushing their limits, whether it was just to hit the coping for the first time or taking a FS air higher than ever before… anyways, action speaks louder than words so peep the video and see you on the deck of a bowl somewhere!”  – Greg Poissonnier 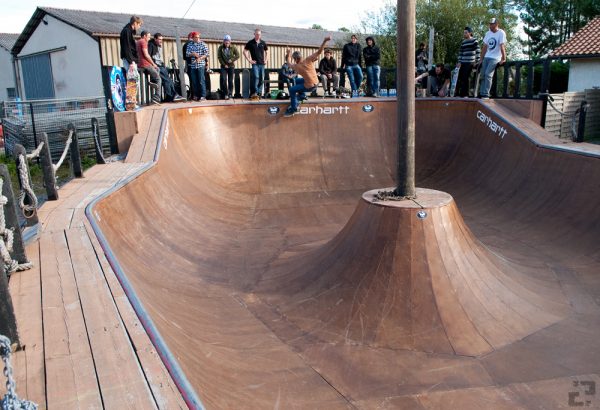 If you want more, here’s another edit from Old Man Army.