In cities, such as Chiang Mai and Bangkok, many Thai skateboarders are adopting a DIY ethos. They are taking the time and initiative to build infrastructure that they want to skate. More DIY spots mean that the skate scene will become more adaptive to social and economic change. Since the recent uprising of DIY movements, the skate scene is becoming increasingly distinctive and resilient in the global skate village.

Today, there are a number of DIY spots, especially in the capital city, Bangkok.  Lad Phrao 69, Rk 69, Nagiya Bowl and YJ are a few DIY spots worth mentioning. Rk 69 (also known as Chicken Pussy), is, however, the ultimate manifestation of raw DIY skateboarding in Thailand.

Rk69 was born through the collective imaginative efforts and hard work of local skateboarders who decided to transform a vacant urban soccer field into a DIY free space. The regular crew of skateboarders at RK 69 show a disregard for normative aesthetics, approaches, and power structures in the global and local skateboard industry. They skate fast and party hard, but more importantly they created an interesting park that in return individuate them as skateboarders. 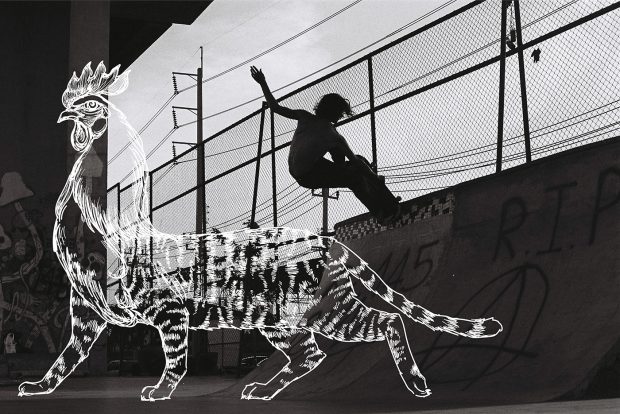