I didn’t take many photos the first day of the contest, the full speed and high flying antics kept me behind the video camera trying not to get smashed…in the face.

The next day would be more the opposite – not a lot of video, but a bunch of photos. 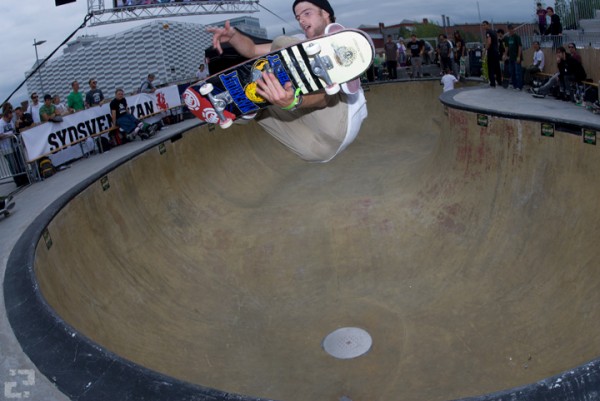 Guillarme Mocquin (France). One of Europes best bowl riders, blasting almost out of frame in the qualification round. 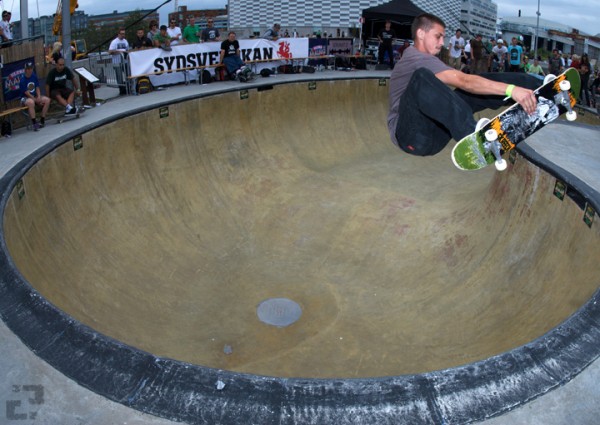 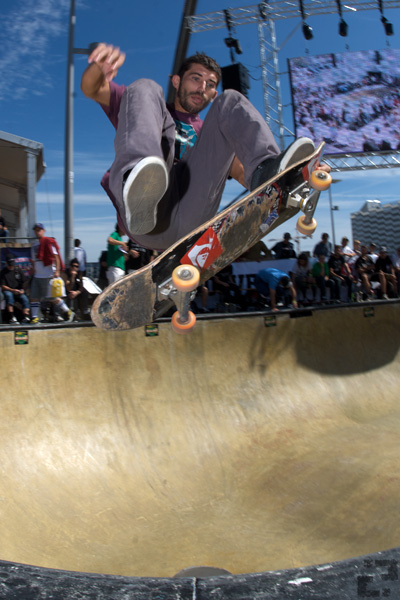 This guy just loved to slam. Have it.

View of the Turning Torso as we headed to the Hotel for a short stop before we headed to....