On Saturday, December 7th, took place a contest on the grave of the former DIY made by Tony Rimbert, Alexandre Crevel and Adrien Bulard (check out the article in Confusion issue #20).

A contest supported by 8.6 beer, Nixon, Hype… A little recap for those who haven’t been up-to-date:

Back in 2017,  Alex, Tony and Adrien decided to build a DIY in a large abandoned warehouse. But unfortunately just a little while later, Adrien had the “clever ” idea of inviting two well-known French rappers to shoot a music video with the intention to publicize the spot. But during the shooting they went throught the idea of burning tires, which brought to light the secret location of the DIY by the police. Following the police intervention the DIY was quickly and totally destroyed…

A few months ago Adrien decided to rebuild a DIY, same place, with what he had on hands and Cédric Dodin, the skatepark of Rouen builder made wooden spots.  On December 7th at 2pm and we arrived at the spot, a few minutes before we heard that unfortunately the DIY had been vandalized and burned. Despite all that, Adrien bounced back and repaired what he could with all the means at his disposal.

After one hour of savoring 8.6 beer, the contest could finally start. Paul Gallelli, Victor Schlegel and Willy Bertucchi destroyed the spot. Alexandre Pouillot was the announcer… well done! The evening ended as it was meant to be, sipping our beers in the smoke house, breathing dust. 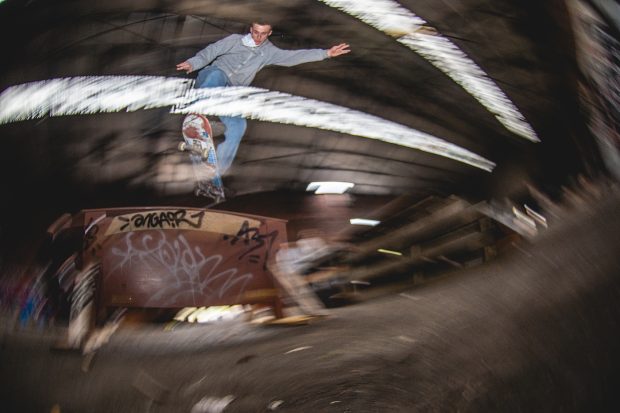 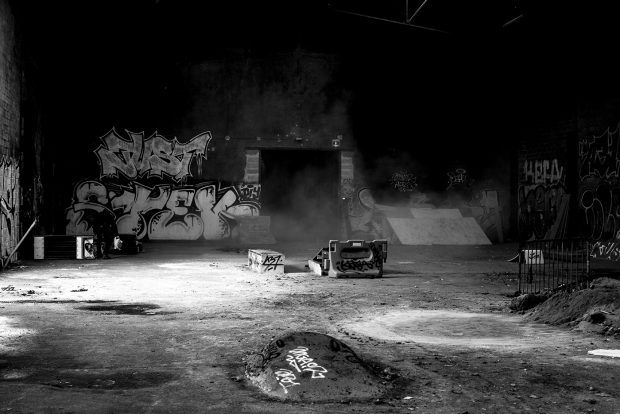 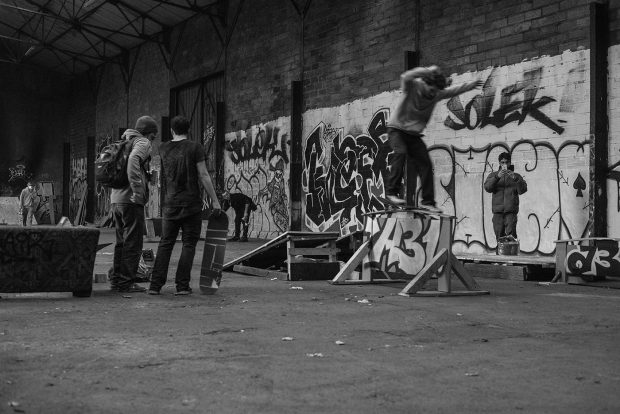