When living in North Germany, an annual Denmark skate trip is pretty much obligatory. This May we went to Copenhagen to skate some of the well-known spots such as Hullet and Wonderland, but also to check out some new stuff like the insane City 2 Skatepark in Taastrup. The park is basically a long downhill ditch with a variety of banks and trannies, accomplished by a massive three-pocket-bowl. It is crazy to keep up with the pace of new transition spots being created in Copenhagen and surrounding areas so even on a four-day trip you will have to be selective on which spots to visit. As always when traveling with your skateboard, it isa no-brainer to connect with locals. 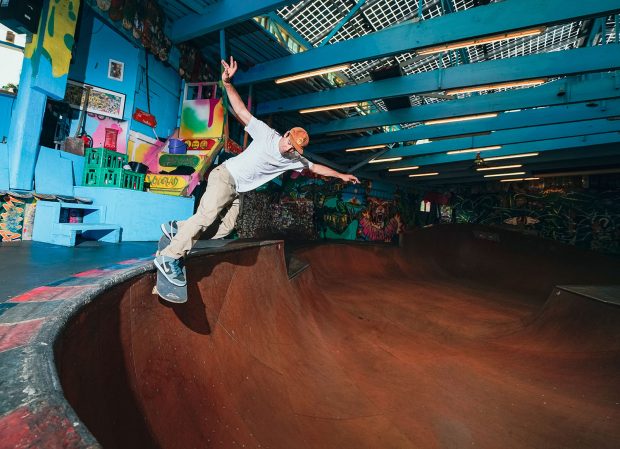 Sasha Conca. Backside smith all the way through the deep end pocket at Wonderland

So, we met Sasha  in Wonderland who has done a great job maintaining and upgrading the place the past two years and as you can see in the pictures, he knows the bowl inside out. Next stop Under Broen, which is a rain sheltered DIY spot under a bridge – insane build, quality and super flowy. We had a great session with David and Adam who were ripping that place – especially Adams’ nosebluntslide which you can also see as a clip on his insta. He had a blast. 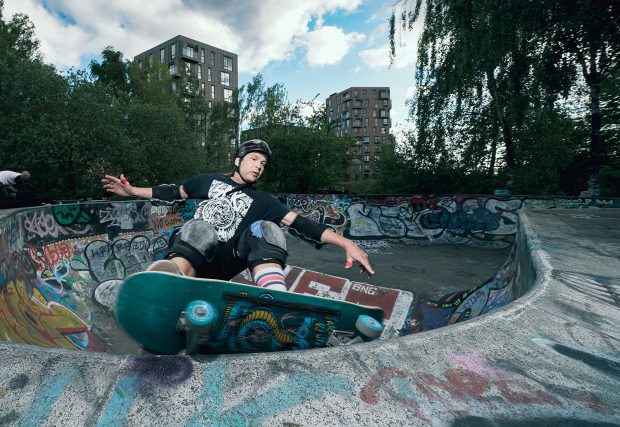 Tobi Heene – carve over the doorway at Hullet DIY 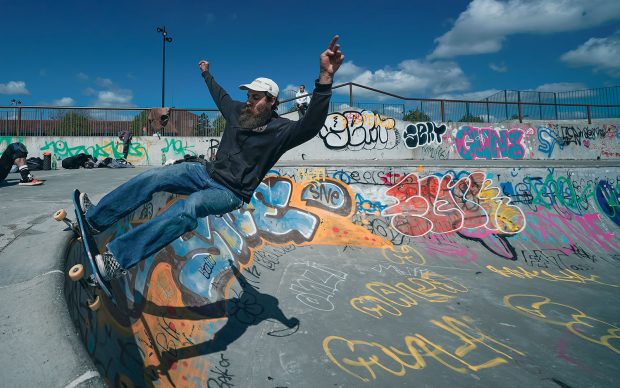 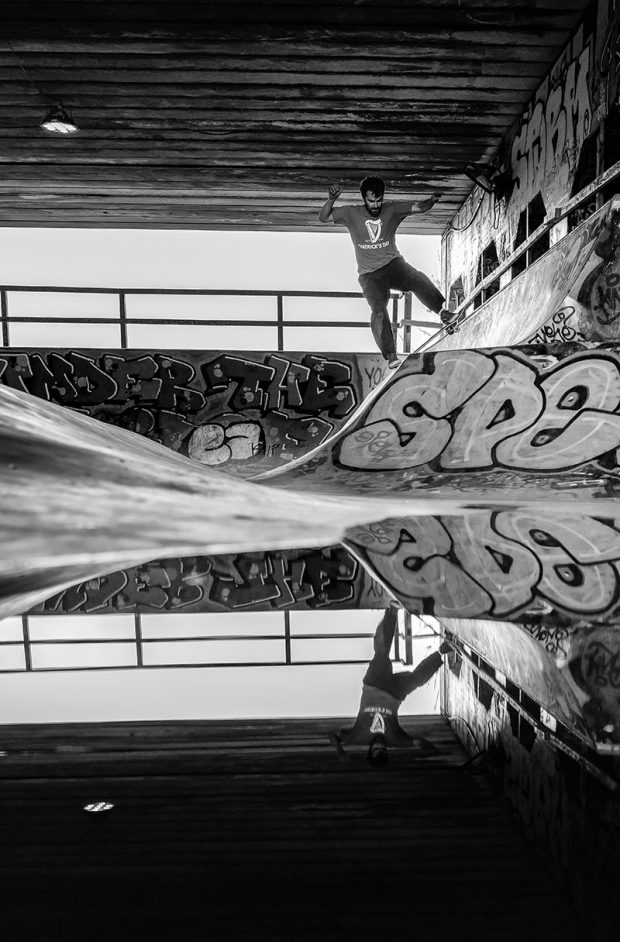 Copenhagen, Denmark – We love you and will be back soon! 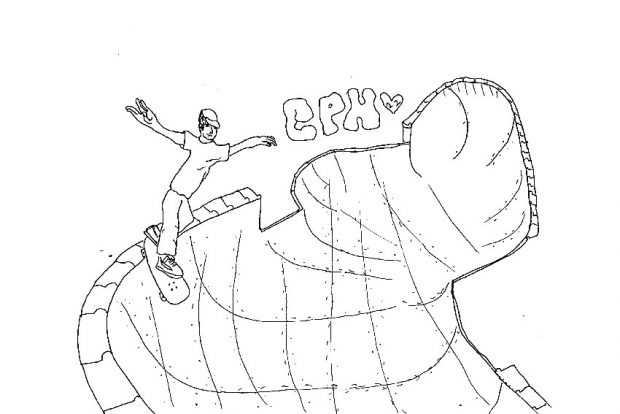