Well, with a name like Philippe Da Rosa you would be forgiven for thinking he is from France, Brazil or Portugal maybe. Born in south London 16 years ago, he now lives and skates in Essex. It all started for Philippe five years ago when he first picked up a skateboard on holiday in Brazil with his parents. Living in Essex close to a now grade 2 listed 1970’s skate park and part of skate history the legendary ROM skatepark, has helped to develop his skating. Philippe having such a gnarly park to grow up on, that is a real proving ground, has made him skate the way he does. The saying goes “If you can do it at ROM you can probably do it anywhere” to quote Mark Munson is very true. It is super rough and if you fall there you may not get up. A lot of this local park features in his first video part, which is dropping right about now. It has been a year in the making and “Flea” as we like to call him, has progressed more and more over the year. So much so that the first tricks filmed got lost on the cutting room floor because you could see the progression from one week to the next. He has recently been hooked up by Chris at Alter skate shop which is cool. He is such a good kid and super chilled with killer natural style I hope that he gets hooked up off the back of this video. For him he would be stoked but I can tell you now it will not make a difference to him because he is in it for the stoke. Not himself. Go get um Flea!!!! 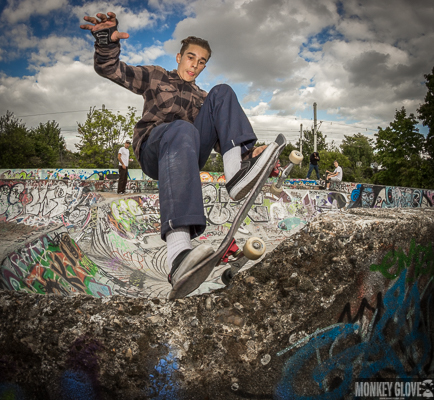 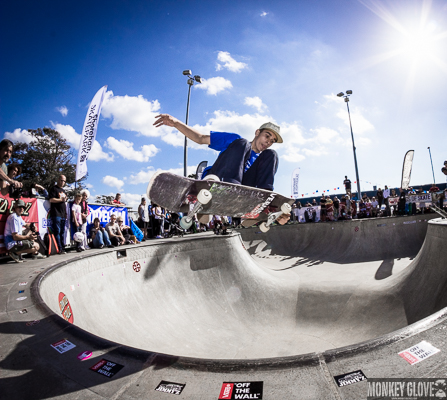