The Hall existed since around 2008, after the owner of the house allowed skateboarding in the empty building. It all started with small basic obstacles, like curbs. Nothing special, because nobody thought that we could stay for such a long time there.

After a while the Hall grew and got more professional. We built mini-ramps and other obstacles and had a room with a couch, a fridge, a microwave and a TV – like a paradise.

This year we decided to build a bowl next to the mini-ramp. Kai, Andre, Thommy, Malte and others invested a lot of money and time into this project.

I tried to document this project with my camera. It’s a way of thanks for all the good sessions and moments we had there. 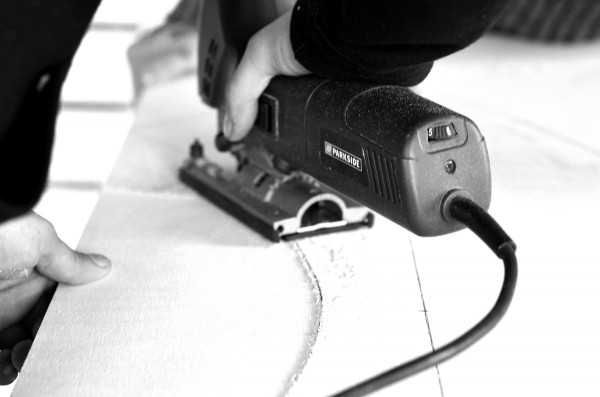 Kai. Nose grind through the corner.

Kai. Back tail on the box.

Patty. Fly out to the flats.

Andre. Stand up 5-0 grind through the corner.

Another angle of another 5-0 grind through the corner by Andre.