The town of Zarautz on the Atlantic coast in Basque country has a long skate and surf tradition. A town well known for its world surfing championship had a skatepark built on the beach back in the late 1980s, inspired by the original La Kantera skatepark and the wave of skateparks that were built around the same time with a similar idea and shape (a couple banks and quarter pipes). But this old skatepark was in need of an upgrade, which ended up being fully rebuilt by Chetos, Patata and Dani, some skate locals from Kampsa DIY along with support from 310 skateshop who insisted the city council give approval and funding to rebuilt the old skatepark. The new Zarautz skatepark located right on the beach which also (no secret) can have really good waves is now open and ready to shred. The opening party is February 28th! 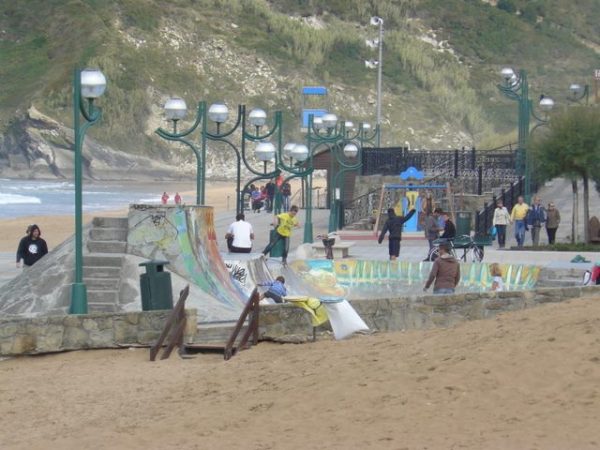 Diego Doural. Testing out the coping. 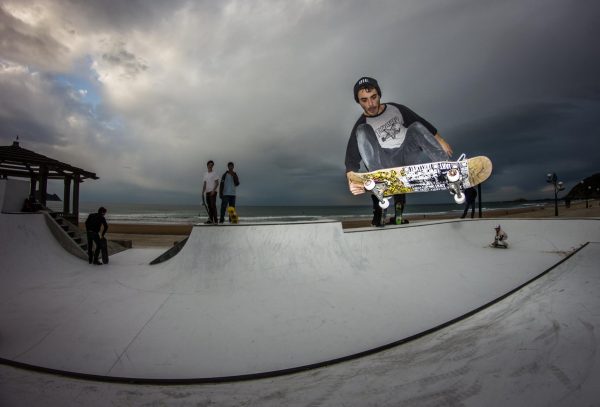 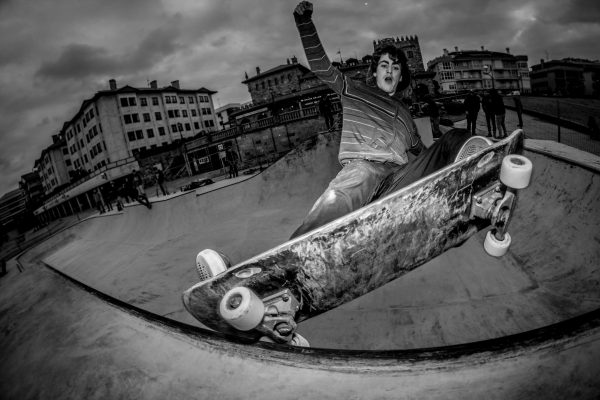 Mikel Muguerza from Zumaia blasting a powerful fs shifty in one of the first sessions in the skatepark. 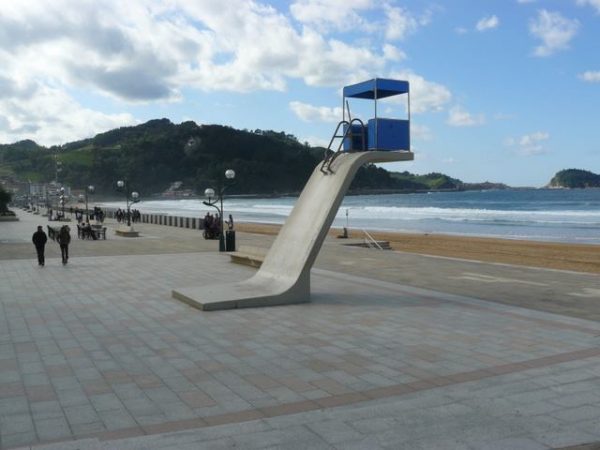 Drop in? Pat McClain did it…