You might remember Home Sweet Bowl from a couple months back here on this same channel. We built it in May in Eyk’s garden and now it was about time for a decent public opening party which took place on August 30th. Days of preparations guaranteed that we were about to have a good time whether it would be raining or not. Four of Schleswig-Holstein`s finest bands were about to play and the bowl was to be shredded. It was party time! 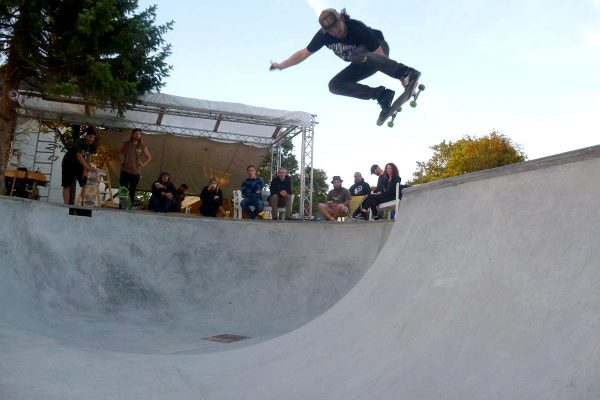 Old buddy Martin Kehr was there and blasted some nice BS grabs over the hip.

Of course, there was skateboarding going on the whole weekend, and we even managed to get some photos together. Saturday late afternoon the bands started and Oi!tercreme, Mr. Burns and Alias Caylon from Flensburg all did the best jobs they could. Then again, having a band like Smoke Blow from Kiel, arguably one of the best bands Germany has ever produced and kind of retired, playing a private set in your backyard is what makes things special. All bands are living proof that our region has some quality music to offer, well, the winters are long and dark, we consider ourselves Scandinavian anyway. Big shout-outs to the bands for participating and sharing some sweat and wonderful music with us. Masterblast No.1 was stupid till it hurts and resorbing everything… 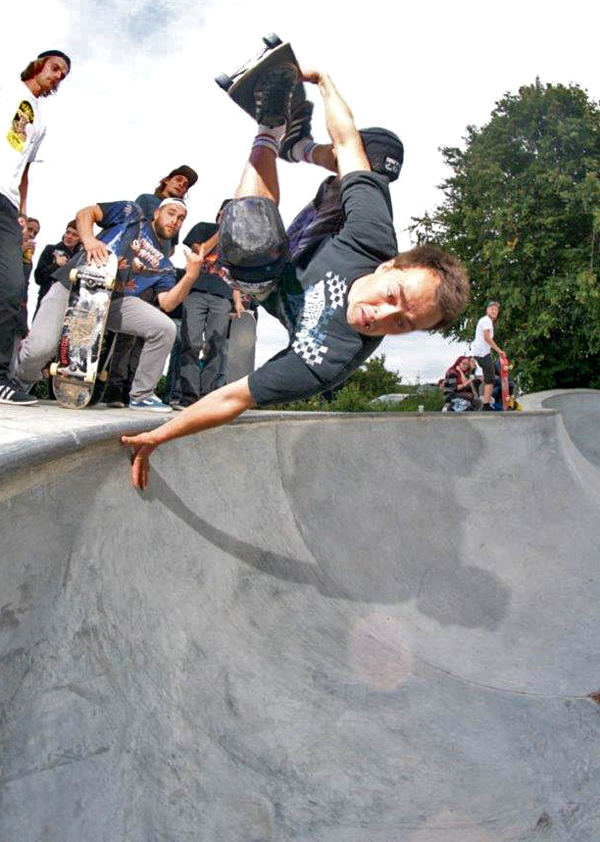 In between there was a big tombola and everyone who spent some money got a decent surprise package. Big thanks here to all the people and companies giving away free stuff for raising some money for Home Sweet Bowl, some more concrete and future parties there: Vans, Cleptomanicx, Rebel Röckers, Hoax, Confusion, Morphium, Green Smiley, 24/7 Distribution, Titus, Caramba, Koloss, Blackriver, Roter Stern Flensburg, Anker Rampen and Tattoo-Kajüte. And cheers to Minus Ramps again for building that bowl in the first place!

Double thumbs up to Eyk and Elle, Ingo and Nicole for sharing their property with us. Thanks to the neighbors, especially Marion, for being super cool about some alternative culture and big-ups to everyone who put in some work and money for this. You know who you are and you will do it again apparently. All the best to FreeDee and his broken jaw, you showed that Rock And Roll Inc. is still a force to be reckoned with! At least we had the ambulance already taken care of on Friday so it couldn’t get any worse after that… 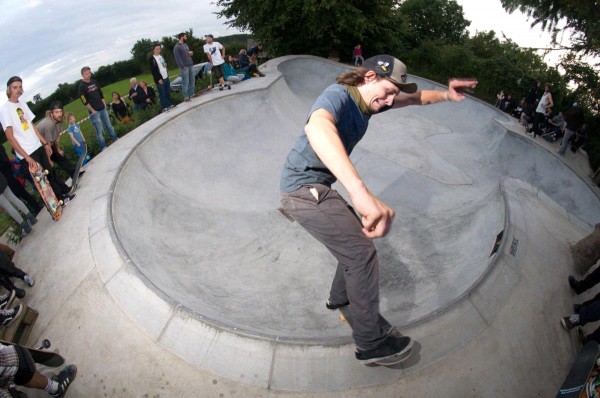 It won’t be the last time Rasmus will come along to do some lipslides in this bowl. Ph: Foto-Mr

Six hundred liters of beer later we have another epic weekend in the books that proved what it’s all about: Try to keep it BOARDSTEIN and make things happen! With a little help from your friends everything is possible. Thank you, skateboarding, once again! 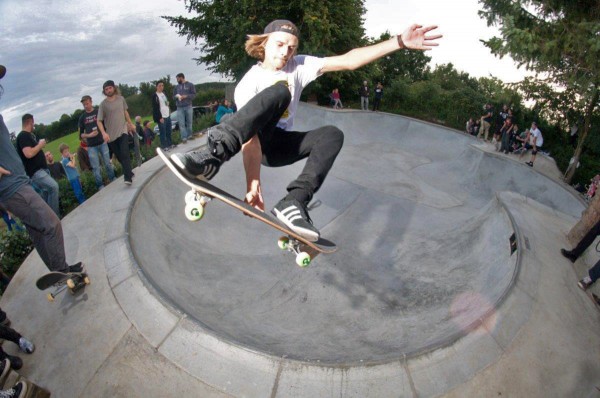 Saturday Bela Ehmann tore that place a new one with stalefish disasters like nothing. 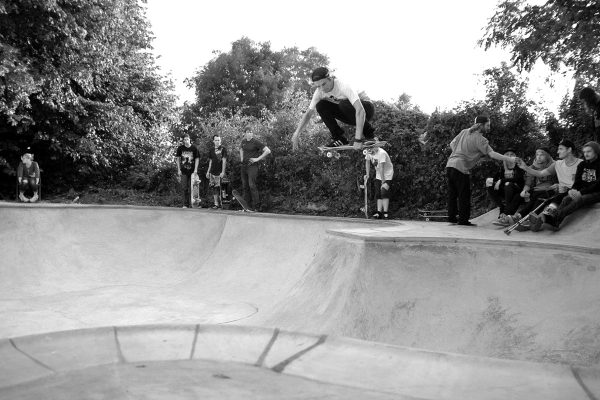 Bela again with a huge Mute Transfer into the small pocket. Photo: Gerri 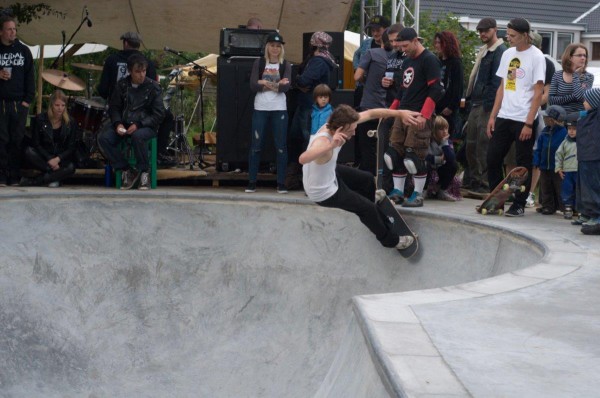 Harris surfed and slashed the bowl like he does with everything. Photo: Foto-Mr 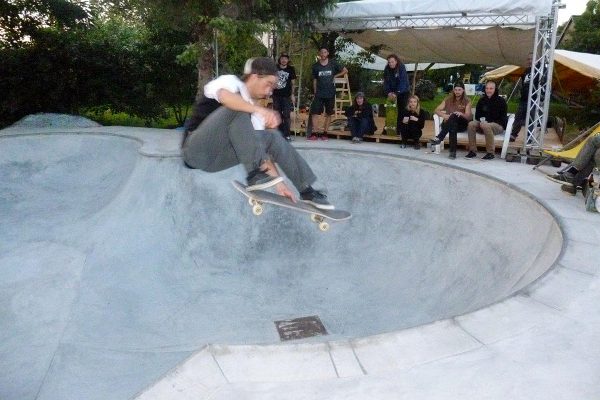 Them bros from Alias Caylon sure know how to play their instruments. 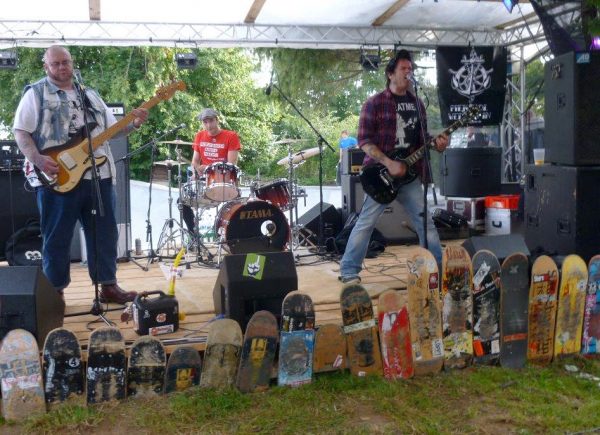 Oi!tercreme put some mandatory Oi!-flavor into the party, Flensburg style! 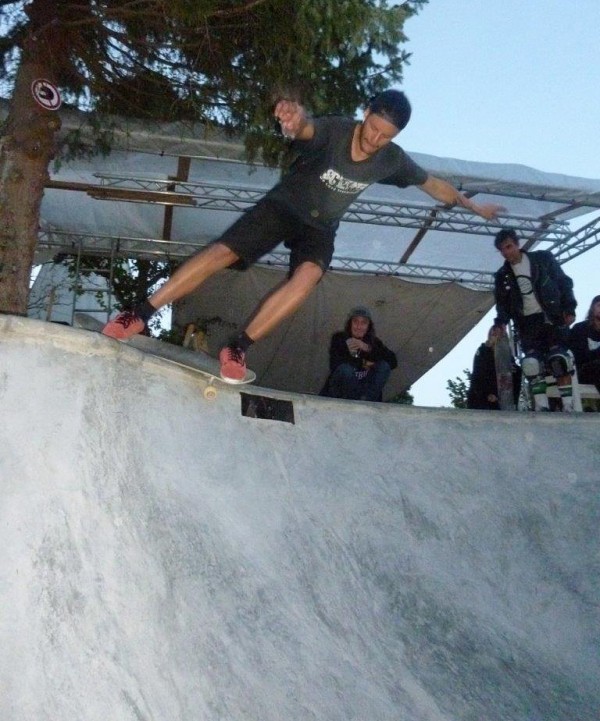 Local Kai has the lines dialed and did some looong Feeble Grinds over the death box. 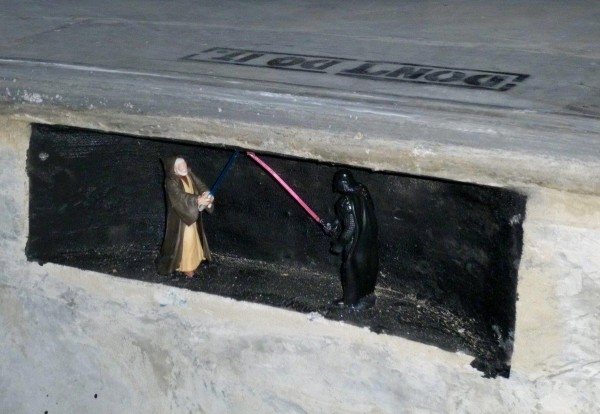 The death box now has some special energy around it. 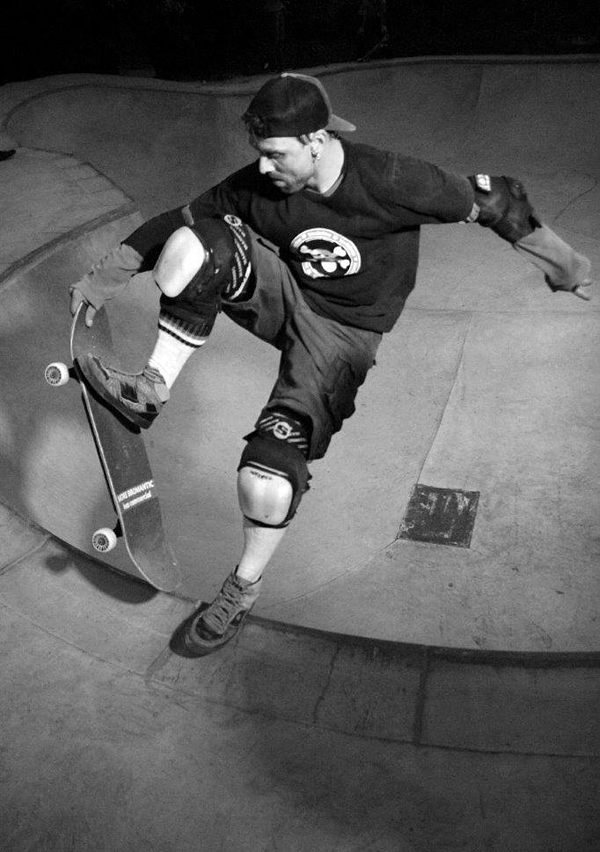 Shorty was in da house spicing the flavor up with some Sweepers and shit. 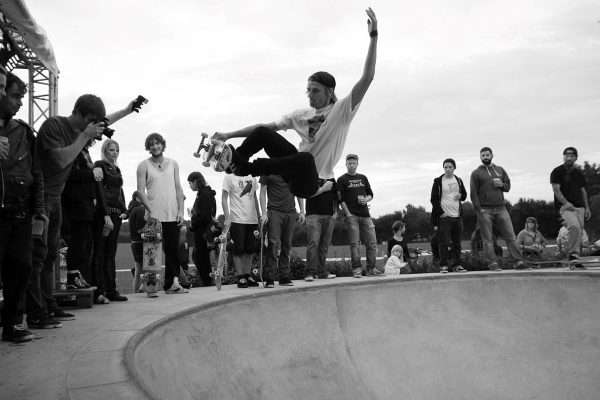 Another one but not your average Fs Air courtesy of Bela Ehmann. Photo: Gerri