This article begins with a short intro how we even got to El Puerto de Santa Maria in the first place. The idea was since a long time to go on a long road trip to skate, surf, exhibit our art and play concerts on the way and we finally got the money to do it.

Kupa, Tada and myself (Mico) bought an old Renault Kangoo, packed it FULL and went on the road on the 18th of January, 2014. From Ljubljana to Postojna (PUMPA FOREVER!) over the border to Bassano de Grappa, Milano, Kreuzligen, Zurich, Barcelona, Vic, Alicante, Malaga, el Palmar, Cadiz (el Puerto de Santa Maria), Lisboa, Ericeira, Peniche, Leira (Ceramica), Matosinhos (Porto), Viana do Castelo (Greenside) and finally Gijón. It should have lasted three more weeks but we had to cancel the last part because me and Kupa had to leave to work concrete for a new skatepark in Luxemburg.

10,000km in two months, a lot of good moments, lots of random stuff and some moments that you just wanna kill someone and leave. The whole story about the trip will be out in video form soon but not soon so be around for some bitches and coke action – nobody cares for skating anymore anyway. Lets go back to those good moments and three days of skating, music and beers in the small town near Cadiz.

We never met the guys from El Puerto de Santa Maria before (i think Jonny himself gave us the contact) so we didn’t know what exactly to expect. This is one of the best parts of a spontaneous tour, you never know what will happen, especially if you don’t go on shitbook and check every little detail about everyone.

I was actually the first one who went in the Old School Skateboarding association indoor skatepark and was very happy to see the local crew already warming up for the session. Without  many words, me and Kupa went straight on the ramp and almost didn’t step off it for three days. Well, we did, but you know what I mean. It was full speed session every day. Locals Alfonso (John Cardiel of Cadiz), Mosky (40 year old superhyper straight outta prison hc skater), Luis (I think this was his name), Alberto Velazquez “Negro“, Kupa and a lot of other nice people were shreding the shit out of the place. Finally Bhaki took out his camera and took some photos of the action.

Pigpower. Tada on the bass and vocals.

We finished with the Pigpower concert on the side of the ramp and locals shreding on the ramp. Tada shouted in the microphone: “We don’t start to play before you start to skate.” So we were bringing people down with some depressing jam until the first one jumped on the ramp-others followed and the late night session was on. For us it was one of the best concerts on tour with hardcore session right in front of us. What can I say more. Go there, you won’t regret it because this is not some scooter packed skatepark or bmx training facillity – it’s a crew of down to earth “old” skaters still skating hard and this is rare. Thanx guys for everything and more, we will be back! Adios fuckers!  – Mico 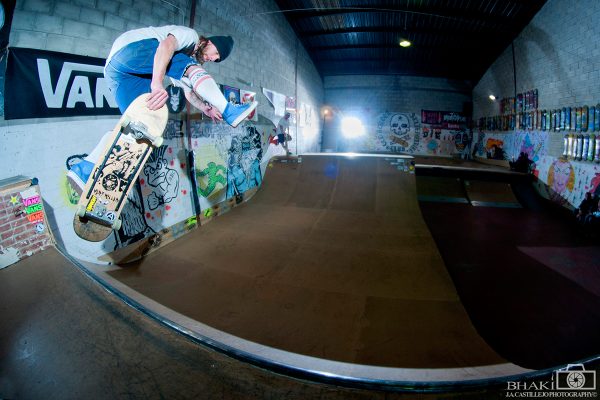 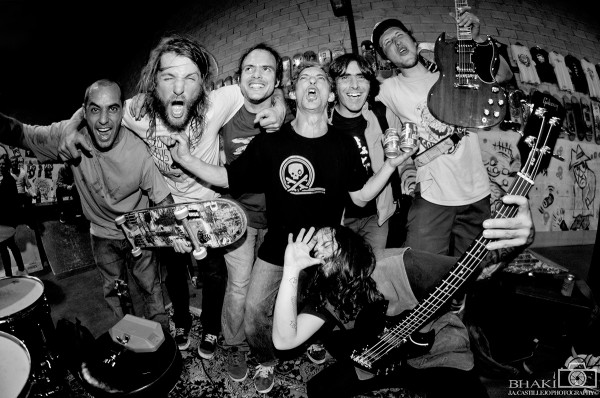 One thought on “Pig Power – “The only way out of here” – skate session + live show in Cadiz, Spain”