We were cleaning up the mess of the Malinas Machinas on monday and the brewer (Frans van Craenenbroeck) comes to me and he says: ‘I bought a café with a hangar in the back. Can you come check it out and see if it’s possible to built a skatepark in there?’  I couldn’t believe my ears, it sounded too good to be true. So of course I went there a few days later to check it out and the hangar looked super good! The ground was good, no poles and the roof was for sure high enough. So we   agreed to start building asap. We worked on it for a one and a half months and recycled lots of wood from the old Ladybird skatepark in Tilburg. The skatepark was finished in December already, so we had the best private sessions before the opening on the 21st of February! Then a few weeks before the opening we asked Frans if we could do some concrete too. And like always, he agreed! So we built a small quarter and a wallride corner to a bar with pool coping. It took us 24 hours to do the concrete, because it wouldn’t dry, but the heavy work paid off and now we have this nice skatepark in which you can’t stop skating! It even has a basket ring and to enter the skatepark you have to walk through the keyhole of the quarter.

The skatepark is for free, you just have to drink a beer and skate!! If you are in Belgium, you must come and check it out – you won’t regret it!

Sometimes I hear this rumor of concrete in the garden… Who knows..

Ben is finally drinking the beer that he and Jarne hid under the quarter pipe half a year ago when they started building. They saved it to open it on the opening, but it took longer then expected so the beer was not that fresh anymore. 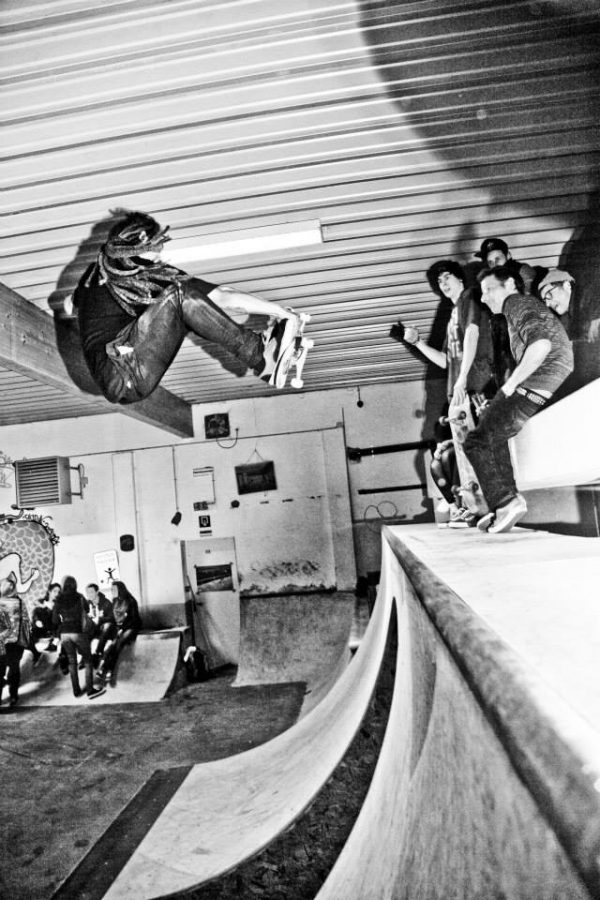 Timothy de Coninck is flying fs over the entrance of the skatepark with lots of power and style like always.

Wim de Waele takes some risk shooting this pic of Timothy. Good for him he has the control.

Jarne and Ben loving and hating at the same time. In their head they both know they will drink the well deserved rotten beer soon.

Everybody is ready to check out the new Perus video: ‘Get The Fuckin Beers In Dickhead’.

Feeble grind to fakie over the keyhole is not as easy as how Marijn Verbruggen does them.

This fs 5-0 is not really a trick for Jarne, but just a good way to turn. I wonder if he’s going to hit ‘de Heup’ who is standing not in the good spot.

Fakie to fakie 5-0 to fakie is a lot of fakie. Yeelen fakies them all in.

Yeelen with a Indy grab while the crowd checks out the alternate angle of his backside butt shot. 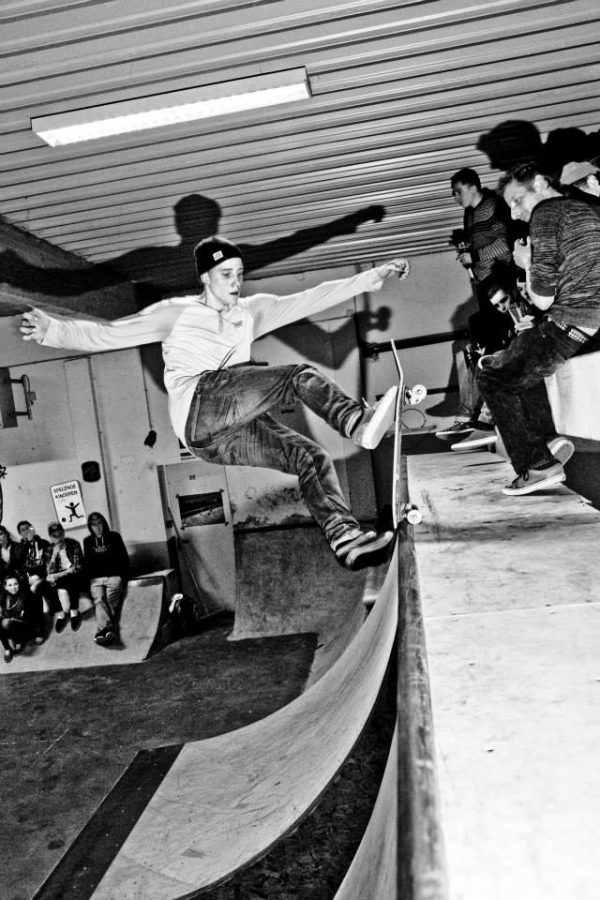 Yeelen Moens killed the place, but this fs bluntslide didn’t want to go into the pocket with the other tricks.