“Inspired by Pontus Alv’s concrete sculptures, the first part of this private mini-skatepark began in August 2010, based on night and rainy construction sessions on an rough unused slab of an old farm. It includes several walls, a tall bump, a grindable bank, 2 quarterpipes and a fun pool coping spine in the middle. A corner was just added in August 2012. Low Holly is a nice spot in the middle of nowhere in the northwest part of France, in the city of Nantes, which has already received a lot of visitors and some heavy sessions. ” – Timothée Touzé 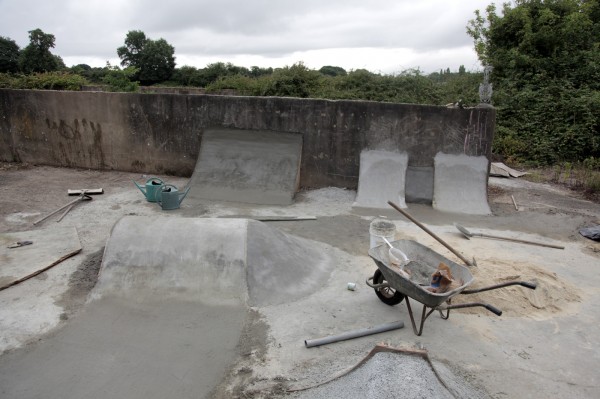 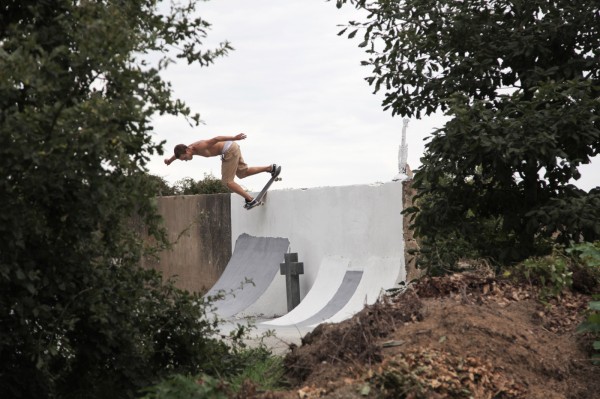 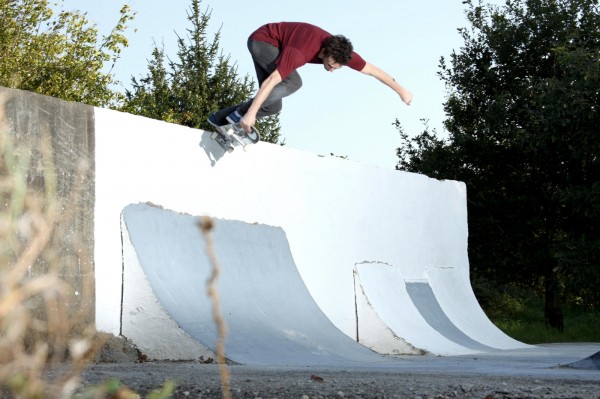 Yannis. The “owner”. 5-0 grind through the corner.  Photo: Arthur Bourdaud

If you are around and want to shred it, send an email to Arthur Bourdaud : arthurbourdaud@gmail.com

The photographer Arthur Bourdaud who took some of these photos also has a release of his new DVD.

You can pay online by the online shop here or directly by Paypal at: arthurbourdaud@gmail.com