Sergej Vutuc is tripping across the USA putting up photo exhibitions and performing with Helmut Vutuc Lampshade. His traveling road show which started in New York is named COINCIDENCE and the next date is Saturday, April 13th at CHIIPSSssss skate shop in Detroit. He’s been shooting on the streets the last two weeks and on alternate days preparing for his shows and dwelling for hours in the darkroom huffing fixer until his brain is exposing his photographic visions onto paper.  If you are in Detroit tomorrow, or Chicago on April 26th, make sure to check out his show. Otherwise, check back here for more dates and photos from the road…

Update May, 2nd. Sergej has a show at UNHEARD ramp where they have their invitational contest on May 4th. 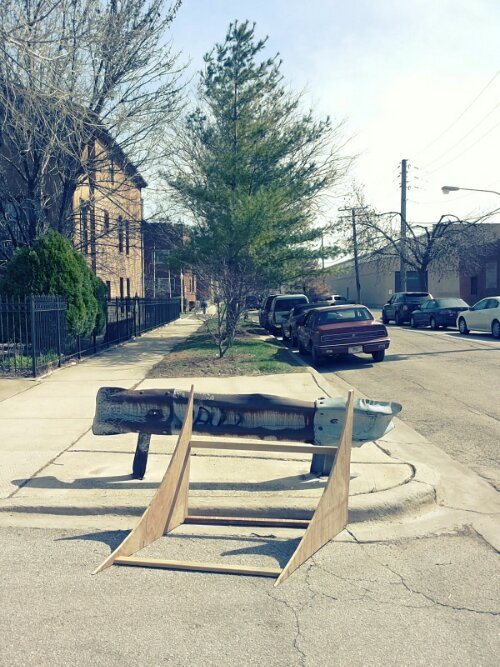 April 13th at CHIIPSSssss in Detroit

“Concrete Dreams”. Sergej and friends built a DIY spot in the city, but they didn’t realize they were building on government property. No sooner had the finished it, than the cops came and destroyed it. Photo: Sergej Vutuc

“It start with dream and end with life not by…” Shane Rogers. Feeble. Photo: Sergej Vutuc

Sergej having a rest after a long day of chemikill in the darkroom.