Apart from a giant pit, whose orientation makes it an hypothetical temple of the sun, they dug a circular pyramid with an arc over it, very similar to a moon crescent.

But the most spectacular discovery has been that of a mummy, situated just under a ledge, aside a 2-flat-3 set of stairs. Chief archeologist Pierre Jambé said that it evidences that the Incas used to bury their best skaters’ bodies in their favorite ceremony centers, and worshiped them during hardcore sessions on sunset during crescent moon periods.

“Our next work will be in Cuzco” he said. He hopes to find new evidences there of a whole network of skateboarding ceremony centers in the Andean country.

The end of the works will be celebrated on November 24 (tomorrow), with the visit of eminent scientists like Rune Glifberg or Pedro Barros coming to prove how Incaic practices are popular until today. Don’t miss it!

The main pit, orientated to the sunset on the day of the winter solstice evidences the ceremonial use of the temple.

The temple of the Moon  – Doctor Skatepark team at work digging the Incaic concrete. 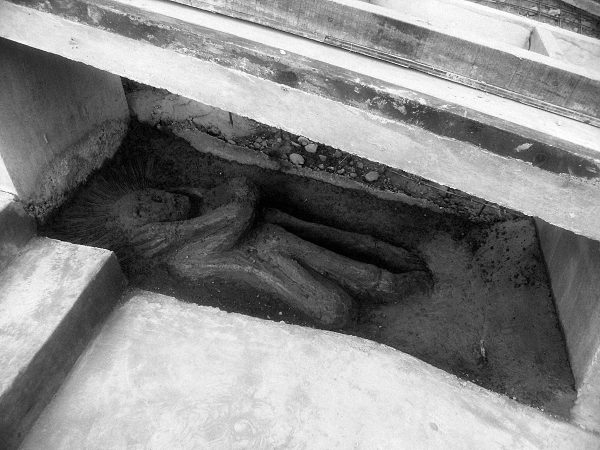 “Peru is such an incredible country, you never know what you dig!” says Pierre Jambé. Female curves made of very closely intricated Incaic sculpted stones that show the highly sophisticated technologies developed by the pre-colombus civilization.

The giant pieces of stone (up to 30 square meters!) discovered in the main pit are the biggest sculpted stones found on the continent, and leave the scientists puzzled concerning the way they were moved to this place.